The Ontario Court of Appeal has found a safety search conducted incidental to an investigative detention permitted the police to search a trunk when officers responded to a man with a gun report. 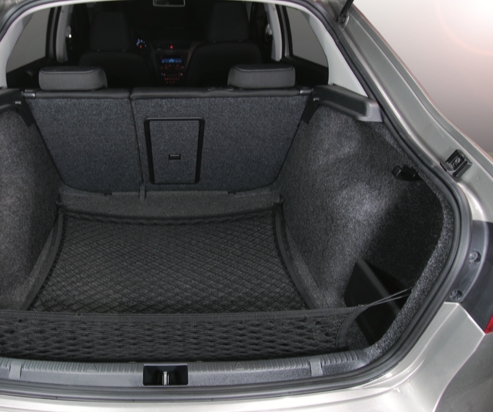 In R. v. Lee, 2017 ONCA 654, police received a 911 call stating that an Asian male was observed in his car in a parking lot near a liquor store with what the 911 caller believed was a gun. A vehicle description was also provided. Two patrol officers were dispatched to the call at 8:23 p.m. The officers also received a message on their on-board computer. The message read:

WL2 SCARBOROUGH WIND-MOBILE ADDRESS AVAILABLE BY THE LIQUOR STORE IN A WHITE VEH -BKND714
COMP SAYS HE SAW A LARGE BAG
IT WAS IN THE TRUNK OPEN
COMP BELIEVES HE SAW A GUN – 1M/A.SIAN-30-40’S

Emergency 911 gun calls are designated with the highest priority and the officers were only seconds away.

The officers approached him, ordered him to show his hands, opened the car door and removed him from the vehicle. The officer told Lee he was under investigative detention for the 911 gun call.

Lee said, “No! No!” in response to the word “gun.” He was patted down for weapons but none were found. A search of the interior of the vehicle’s cabin also did not reveal a gun. Police then opened the trunk by pushing the trunk release button. They saw a duffle bag in the trunk. An officer lifted the bag and found it heavy. He unzipped it, thinking there could be guns inside, but instead found 23 kilograms of cocaine. No gun was recovered.

Lee was arrested for possessing a controlled substance for the purpose of trafficking at 8:39 p.m. and advised of his right to counsel. The following day the police obtained a warrant to search Lee’s vehicle and seize the duffle bag and cocaine.

Lee sought the exclusion of the cocaine from evidence at trial in the Ontario Superior Court of Justice under s. 24(2) of the Charter. The judge ruled that the 911 call was not unreliable simply because it was ambiguous as to where exactly the suspect was storing a gun — in his car or in his pocket. She found the other details provided by the caller, and the fact that the officers found a vehicle matching the caller’s description in the vicinity of the identified location, made the caller a “reasonably reliable source of information.”

The officers reasonably believed Lee was probably the person the 911 caller had seen, on the basis of the information in the call. They reasonably inferred there could have been a gun in his car. And since the gun was not on Lee’s person or in the car’s cabin, the judge accepted the officers’ evidence that the gun was likely in the trunk. The judge found, in part, the police were justified in searching the trunk under the common law power to search incidental to an investigative detention.

The judge did, however, find a s. 10(b) breach when the police did not inform Lee of his right to counsel immediately upon detaining him for investigative purposes. But the 90-second delay in doing so was minimal, there was no bad faith and the police did not elicit any statements from Lee. Moreover, there was no connection between the s. 10(b) breach and locating the drugs, and trial fairness would not be compromised. Therefore, the judge did not exclude the cocaine. Even if there had been a s. 8 breach, the judge would not have excluded the evidence anyways.

Lee was convicted of possessing cocaine for the purpose of trafficking.

Lee appealed his conviction to Ontario’s highest court, arguing that the search of his vehicle was unreasonable under s. 8 of the Charter. In his view, the search of the trunk was not authorized under the common law. He also contended that the evidence ought to have been excluded under s. 24(2).

Search incidental to detention
Lee raised several points challenging the reasonableness of the search under the common law. He submitted that there was no confirmatory evidence from the pat-down search or the search of the car’s cabin that a weapon existed. He also claimed that, once these searches were completed, there was no reasonable basis remaining for a belief that he had immediate access to a firearm. Nor were there any specifically articulated safety concerns. Furthermore, Lee argued that the trial judge failed to consider the exculpatory statements he uttered and the police failure to question him prior to the search.

Before determining whether the search in this case was justified under the common law power of search incident to detention, a majority of the Court of Appeal noted the search power’s scope was not limited to only a pat down of a detained person. Searches of vehicles may be authorized in appropriate circumstances provided the police believe that the search is necessary for their own safety of the safety of the public. Such belief must be objectively reasonable.

In this case, the majority found the investigative detention lawful. The police had a reasonable suspicion Lee was connected to a crime.
“Based on the 911 call, ‘[the officers] were discharging their common law duty to preserve the peace, prevent crime, and protect life and property,’” said Justice Weiler. “As a result of confirmation of the specific information in the call […] the police had reasonable grounds to suspect that the [accused] was connected to a particular crime, possession of an illegal weapon, a gun, and his investigative detention was necessary.”

The detention was also brief.

Trunk search
As for the search of the trunk, it was reasonably necessary to ensure the safety of the police and the public.
“[T]he police had reasonable grounds to believe that their safety and the safety of the public was engaged and they were entitled to conduct a protective pat-down search of the [accused],” Weiler said. “In the particular circumstances … they were also entitled to search the cabin of the car.” She continued:

At the time of the 911 call, the caller specifically stated the trunk of the car was open and there was a large bag inside. Although the caller indicated he thought the person in the driver’s seat had a gun in his pocket, he also indicated he could not explain or clarify exactly where the gun might be. When the officers approached the vehicle, the trunk was closed. The trial judge found the officers reasonably believed the person driving the car was probably the person who had closed the trunk. […]

In holding that the officers’ belief was reasonable and that the inference they drew was a reasonable one, the trial judge was assessing their evidence objectively; she did not base her decision solely on the sincerity of the police officers’ subjective belief, as asserted by the [accused]. Once the police had searched the [accused’s] person and the car’s cabin, it was not an unreasonable inference that the gun might be in the trunk. [paras. 57-58]

Furthermore, “the nature of the search, a search of the trunk of the [accused’s] car, was not demeaning to his dignity, integrity or individual autonomy.”

No immediate threat?
The police testified that Lee posed no threat while he was detained but that a member of the public was “probably going to be … affected by it down the road” if he had a gun in the trunk and was allowed to drive away without his trunk having been searched.

So, even though the police believed the immediate threat to public and police safety was over once the driver and body of the car had been searched, it was apparent that an immediate concern for the safety of the public remained.

“This concern was reasonable because had the police not searched the trunk of the car, and had the [accused] been allowed to leave, he would still have had access to any firearm in the trunk simply by pressing a lever and re-opening the trunk,” said Weiler. “Although actual harm might only occur in the future, a present danger of harm existed that had not been dispelled. The only way the police could complete their duty to protect the public from the risk of harm was to search the trunk.”
Exculpatory statements?

The majority concluded that the trial judge did note Lee’s exculpatory statements, but the police were not obliged to act on these assurances.

Warning!
The majority also cautioned the police about routinely searching cars incidental to an investigative detention:

Importantly, this decision must not be read as condoning an unlimited search of a car for police or public safety purposes whenever there is an investigative detention. The jurisprudence makes it clear that it is the totality of the circumstances that must be considered in every case. It is a very factually driven analysis. [para. 65]

Admissibility
Even if there had been a Charter breach, the majority would nonetheless uphold the trial judge’s decision to admit the evidence.

A second opinion
Justice Pardu, concurring with the majority that the evidence obtained from the search was admissible under s. 24(2), would have found the search in this case was not authorized and therefore breached Lee’s s. 8 Charter right to be secure from unreasonable search and seizure.

She found that “police powers of search incident to investigative detention should not be expanded beyond what is necessary to deal with immediate safety concerns.”

In this case, she concluded that the trunk search under the common law as an incident to Lee’s investigative detention did not meet the parameters established in R. v. Mann.

“Once no weapon was found on the [accused’s] person or inside the cabin of his vehicle within his accessible reach, no further immediate safety hazard existed; the [accused] had no immediate access to his trunk and had no means to immediately retrieve anything from the trunk or from the luggage in the trunk that could pose such as hazard,” she said.

Pardu would have also admitted the evidence under s. 24(2).

Lee’s appeal was dismissed and his conviction was upheld.