A recent study from Rand Europe had a startling finding: 33 per cent of the population in Canada is not getting enough sleep and that’s including children. The study went on to find experts estimate that lack of sleep costs the Canadian economy up to $21.4 billion a year due to decreased work productivity, including 80,000 working days lost per year. 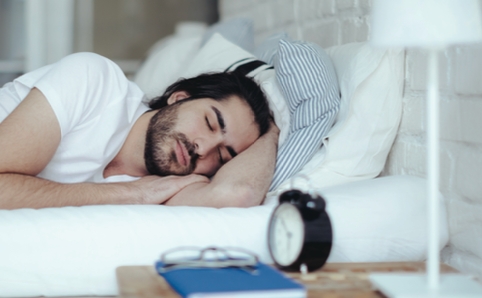 Sleep specialists recognize workplaces have a strong impact on employee wellness and thus should promote healthy sleep patterns. Proper length of sleep on its own could have a significant positive impact. For example, merely having those who routinely sleep under six hours try sleeping six to seven hours instead could add $12 billion to the Canadian economy.

Sleep deficit can have a reciprocal and compound effect on unhealthy behaviour, such as excessive alcohol consumption, poor nutrition and lack of physical activity. A poor night’s sleep can impede decision-making, memory, learning, concentration and mood.

In 2016 fatigued drivers accounted for at least one in five collisions on Canadian roads and a minimum of one fatality on a daily basis. Law enforcement officers are not immune from this statistic. In fact, shift work and a high level of stress on the job are considered prime factors of sleep deprivation. It was found that going 18 to 24 hours without sleep has similar side effects to being legally impaired by alcohol.

The following factors can assist with achieving restful sleep:

Natural light and darkness
Exposure to natural light helps the brain distinguish between day and night-time so open those curtains and step outside. When sleeping during the day, ensure the room is as dark as possible.

Educate friends and family
It is crucial for your friends and family to be informed and mindful that you must sleep after a night shift. They can assist by promoting an environment that is conducive to proper sleep and make plans with your needs in consideration.

Minimizing blue light
Electronic devices emit light at wavelengths that affect the hormone melatonin. Melatonin promotes sleep, and thereby, use of electronic devices during sleep hours can detrimentally impact quality of sleep. Employers should set a good example of “respect for sleep” by not sending or expecting emails after hours. In addition, devices should be shut off or on silence mode while sleeping.

Minimize stress
Doctors warn against dwelling over the day’s stressors. Engaging in a relaxing hobby, meditating, or going for a walk can be enough to reduce stress and clear one’s mind. Even a quick five-minute mindfulness exercise of focusing on breathing can significantly reduce stress.

Diet and exercise
Exercise at least three hours before bed, for more than half an hour. This is especially important for those who have relatively static work conditions such as law enforcement officers sitting in a cruiser for long periods of time. While alcohol consumption can have a relaxing effect, excessive consumption leads to fragmented sleep. Food or drinks containing caffeine should be avoided five hours before going to bed. Studies also show it is best to avoid eating heavy meals near bedtime.

Regular routines
Getting out of bed when the alarm goes off rather than hitting the snooze button assists with a healthy sleep routine. Upon awakening, we experience ‘sleep inertia’ which is that ‘groggy’ feeling that is worsened by lingering in bed. Going to bed and waking up at a similar time each day as much as possible, including days off, will help to keep the body’s clock in sync.

Additionally, minimizing the number of night shifts worked in a row and avoiding frequent rotating shifts is important. The ‘circadian’ rhythm is so highly ingrained that the night shift is going against the body’s natural instinct to sleep at night and be awake during the day. It is easier to rotate from day shift to night shift than the reverse order. Avoiding court, paid duties, and other engagements between shifts is also essential. The body likes to operate on a routine.

Restful sleep is critical for the body’s ability to repair. In fact, sleeping on average less than six hours per night has a 13 per cent higher mortality risk than sleeping between seven and nine hours.

Let’s all try to catch a few more z’s.