Just because an arrestee wants to speak to a lawyer again does not mean they are entitled to do so. 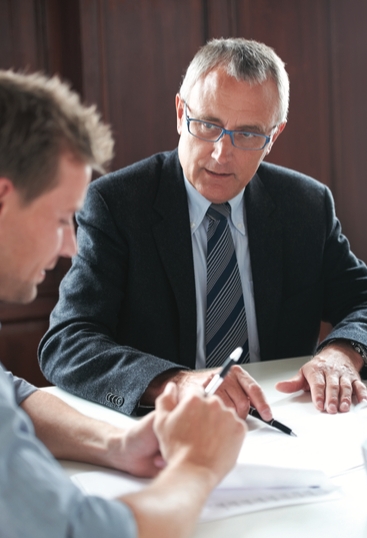 In R. v. Watson, 2018 BCCA 74, police in British Columbia were informed by U.S. investigators that pornographic images had been uploaded to a Microsoft storage service by a user associated with a B.C. address. Police in B.C. then sought and obtained a warrant to search that address.

Watson was home when the police arrived and executed the warrant, seizing 49 exhibits including a USB containing 663 suspected child pornography images. Three weeks later, Watson was arrested at his home. By then, he had already retained a lawyer.

After being informed of the charges, Watson immediately told police he wanted to speak to his lawyer. Nevertheless, the police gave Watson the standard Charter advice and warning. He was transported to the police station where he spoke to a lawyer.

After he spoke to a lawyer, Watson was interviewed, for about four hours. It was audio and video taped. Before commencing the interview, the officer confirmed that Watson had spoken to his lawyer and understood the advice he had been given. Part way through the interview, Watson asked to speak to his lawyer again but the request was denied because he had already spoken to his lawyer. Watson stated that his lawyer had told him not to discuss anything with the police. The police officer told him “that was fine” but that the police officer would continue talking.

During the interview, Watson asserted his right to silence a number of times and said his lawyer had told him not to discuss anything with the police. He said he knew that anything he said could be used against him.

In the course of the interview Watson made several admissions, including:

• He was the owner and only user of the computer the police had seized,
• On the morning of the search he had been looking at pictures on a USB the police had found inserted into his computer desktop tower,
• He knew the images he collected were illegal but he could not stop himself from looking at them, and
• He agreed with the police officer that the only reason to keep such a collection was for sexual gratification.

At trial in B.C. Provincial Court, the judge found, among other things, that Watson’s statement was admissible. First, the judge found the statement was freely and voluntarily given. There was no atmosphere of oppression during the interview nor were any inducements made. Watson was articulate, understood his right to remain silent and had an operating mind at the time he made his statement.

As for s. 10(b), the judge also found no breach. Even though Watson had expressed a wish to speak with counsel again part way through the interview, he had a right to do so only if there were changed circumstances resulting from new procedures, a change in the jeopardy he faced, or a reason to believe the first information Watson had received was deficient. Since none of these factors arose, the judge concluded the police complied with s. 10(b). Watson was convicted of possessing child pornography.

Watson appealed his conviction to B.C.’s top court arguing, among other things, that the trial judge erred in admitting his statement because his Charter rights were breached. Justice Saunders, speaking for the unanimous Appeal Court, disagreed.

With respect to s. 10(b), the Court of Appeal found there were no changes in circumstances as described by the Supreme Court of Canada in R. v. Sinclair, 2010 SCC 35, such that the police were obligated to provide Watson with a reasonable opportunity to consult counsel again. Justice Saunders stated:

[T]here were no new procedures involving Mr. Watson; no change to the jeopardy he was facing; and no reason to believe that Mr. Watson had not understood his initial legal advice. In particular, the judge’s conclusion that Mr. Watson understood his right to remain silent throughout the interview negates his submission of confusion; no additional charges were layered into the interview that were not first mentioned to him at its beginning; no further investigative methods or other matters were employed that would have engaged his right to consult a lawyer again. [para. 15]

The trial judge did not err in admitting Watson’s statement and his appeal was dismissed.