Just because an officer does not follow an approved screening device (ASD) procedures manual does not necessarily mean he cannot rely on the accuracy of its results. 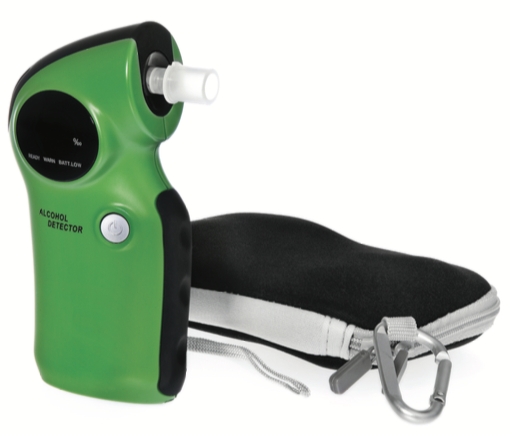 In R. v. Jennings, 2018 ONCA 260, a police officer followed and pulled over a vehicle after seeing it straying significantly out of its lane. The officer detected an odour of alcohol on Jennings’ breath and asked him if he had been drinking. After receiving an affirmative response, the officer concluded he had a reasonable suspicion Jennings had alcohol in his body.

Following a demand for a breath sample into an ASD, Jennings registered a “fail.” He was arrested and taken to a police detachment where he provided two breath samples into a breathalyzer, both significantly exceeding the legal limit.

A judge of the Ontario Court of Justice concluded that the officer did not have reasonable grounds to believe Jennings had committed the offence of driving impaired as a consequence of the roadside ASD test.

Although the officer had the requisite subjective belief Jennings had committed the offence, the judge found the officer’s belief was not objectively reasonable because the officer failed to follow three procedures set out in the police manual for using the ASD.

The officer did not (1) perform a self-test of the ASD at the beginning of his shift, (2) record the particulars of the ASD calibration check in his notebook or (3) perform a second self-test after Jennings provided his breath sample.

Since the officer did not follow these procedures, the officer could not have reasonably believed the ASD was in proper working order and therefore could not rely on the results of the roadside test as a reason to believe Jennings’ blood alcohol level was over the legal limit. Thus, the breath sample demand and taking of the subsequent breath samples at the police station amounted to an unreasonable search or seizure under s.8 of the Charter. The judge excluded the breath samples as evidence under s. 24(2) and Jennings was acquitted.

The Crown challenged the trial judge’s ruling to the Ontario Superior Court of Justice but an appeal court judge upheld the ruling. In the appeal judge’s view, there was no error in finding that the officer’s subjective belief in the “fail” result was not objectively unreasonable. The trial judge’s decision to exclude the evidence under s. 24(2) was also upheld and the Crown’s appeal was dismissed.

The Crown again appealed, this time to Ontario’s top court, arguing there was no s. 8 violation in the taking of Jennings’ breath samples at the police station and that the breath samples ought not to have been excluded as evidence under s. 24(2).

Justice Miller, speaking for the Ontario Court of Appeal, outlined the two-stage investigatory process set out in s. 254 of the Criminal Code:

“… Initially, an officer with a reasonable suspicion that a driver has alcohol in his or her body is authorized by s. 254(2) of the Criminal Code to demand the driver provide a breath sample into an ASD. This is a preliminary screen only, and registering a fail on the ASD cannot be used as evidence that the driver was impaired or that his or her blood/alcohol level was over the legal limit. But an ASD failure — either alone or in combination with an officer’s other observations — may provide the officer with reasonable and probable grounds to conclude that an impaired driving offence has been committed. If the officer forms reasonable and probable grounds for an arrest, the officer is authorized to arrest the driver and demand breath samples on an approved instrument pursuant to s. 254(3).

The determination of whether there are reasonable and probable grounds to demand a breath sample under s. 254(3) of the Criminal Code has a subjective and an objective component: (i) the officer must have an honest belief that the suspect committed an offence, and (ii) there must be reasonable grounds for that belief.” [references omitted, paras. 9-10]

In this case, Miller noted there was no dispute that the officer had a subjective belief Jennings had been driving while over the legal limit. As for whether this belief was objectively reasonable, Miller found it was reasonable for the officer to believe the ASD was functioning properly and could rely on the accuracy of its results.

The “failure to follow policy or practice manual directions does not automatically render reliance on test results unreasonable,” said Miller. “What matters is whether the officer had a reasonable belief that the device was calibrated properly and in good working order, and whether the test was properly administered.”

Miller then went on to address each deficiency identified by the trial judge:

1. Not performing a self-test of the ASD at the beginning of his shift.

For the purposes of ensuring proper functioning of the ASD at the time the test is administered, there was no evidence that there was any advantage to performing the self-test at the beginning of the shift rather than at the roadside.

“The beginning of the shift requirement appears simply to be a matter of operational efficiency — of avoiding the inconvenience of finding oneself in the field with malfunctioning equipment,” Miller said. “The failure to follow the directive in this particular respect could not have had any bearing on the officer’s belief that the ASD was functioning when the test was administered.”

2. Not recording the calibration particulars of the ASD in his notebook.

The officer said that he checked the calibration and accuracy of the device (which must be verified) at the time of the stop but did not record the details in his notebook as required. Recording calibration results is an administrative matter but a failure to record the results does not automatically negate the officer’s testimony that he performed the necessary checks. Moreover, the officer testified that the ASD had a fail-safe feature that would not allow it to be operated at all if it was not properly calibrated.

3. Not performing a second self-test immediately after the accused provided a breath sample.

“This is a matter of best practices, to confirm that the ASD remains in working order, and would provide some evidence that the ASD was properly functioning at the time of the test,” Miller said. “But absent something happening to the ASD in the brief period after the first self-test, the constable would have no reason to believe that the ASD was no longer in proper working order. The failure to perform the second self-test does not negate the objective reasonableness of the constable’s subjective belief that it was in working order when the test was administered.”

In this case, contrary to the views of the trial and Queen’s Bench judges, the Court of Appeal found the officer’s subjective belief that Jennings had been driving over the legal limit was objectively reasonable based on the following evidence:

• The officer observed Jennings’ vehicle swaying into the wrong lane;
• The officer detected alcohol on Jennings’ breath;
• Jennings admitted to having consumed alcohol;
• The officer followed the procedures for use of the ASD (except for those noted above);
• The results of the self-test and the calibration check indicated the device was working; and
• Jennings’ breath sample registered over 80 milligrams of alcohol in 100 millilitres of blood.

Since there was no s. 8 breach, it was unnecessary to consider the admissibility of the breath test results under s. 24(2). However, even if there was a breach, the evidence ought not to have been excluded. First, the officer subjectively believed the ASD reading was accurate, took steps to ensure that it was and acted in good faith. Second, the impact of the breach would be minimal. And finally, the breath samples were reliable evidence. All three of these factors favoured the admission of the evidence.

The Crown’s appeal was allowed, a conviction was entered and the matter was remitted to the trial judge for sentencing.