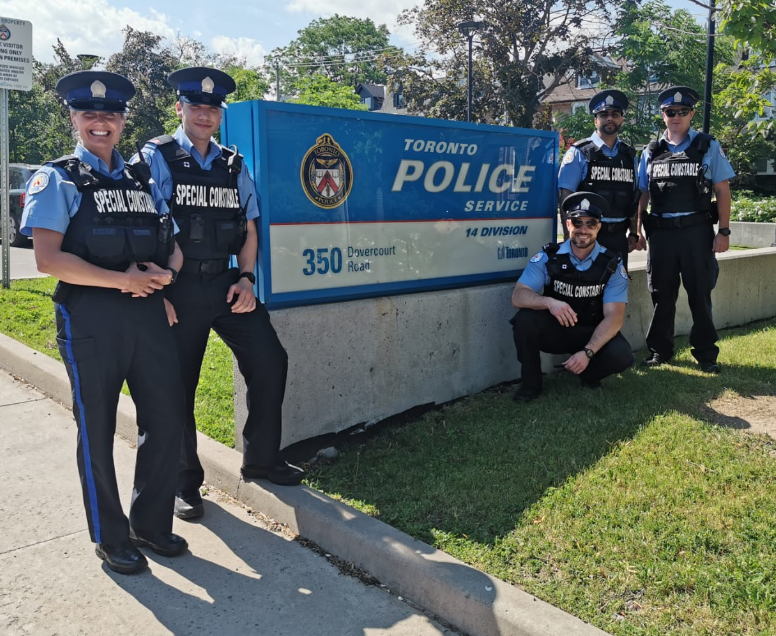 The Toronto Police Service has seen a great evolution in the roles and numbers of civilian employees in the last 40 years from administrative duties to direct support for frontline officers.

The civilian special constables were introduced in the beginning of 1980 and the program has since seen a complete civilization of court security and prisoner escort duties. The number of civilian employees in the Toronto Police Service has more than doubled since 1980.

This program was a huge success and thus made its way across the Atlantic in 2008 when it was first adapted by the RCMP.

The Special Constable program came into being thanks to the Toronto Police Service Board and Chief Mark Saunders, and its deployment began in July 2018.

The first class of 14 special constables began a 12-week training program at the Toronto Police College. The training included force training, de-escalation techniques, crime scene management and police vehicle operations. The class graduated in last July and was deployed to Divisions 51 and 55. Another class of 26 graduated in April of this year and has been deployed to Division 14. 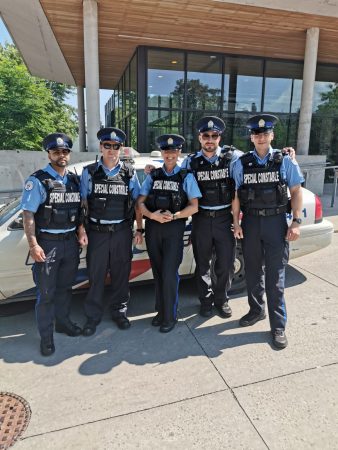 This summer, the District Special Constable Program has hired 33 additional members for deployment for Divisions 23 and 42.

An additional 32 special constables are also expected to be hired by fall of 2019. The future is bright for the program, as longer-term expansion of the program will be decided in 2020.

Special constables of Divisions 14 and 51 work on a seven-days on/seven-days-off, 11-hour shift. Each division operates a four-hour-shift rotation with five district special constables led by a police constable team leader. To ensure maximum coverage during peak periods, one shift works days while the other works afternoons.

Special constables are equipped with ASP batons, OC (oleoresin capsicum) spray, handcuffs and body armour. Since they are not armed with firearms, police officers ensure their safety locations are always cleared prior to their arrival on duty.

Dating from the program’s establishment to June 2019, special constables have responded to 1,113 calls and details for service, encompassing a total time of 4,592 hours, taking much pressure off police officers.

The support provided by the district special constables has allowed the frontline police officers to focus on their core policing role and responding to calls for service.

Due to the hard work and commitment of its members, the future of the program is secure and it will continue to provide vital support to the frontline at Toronto Police.

Scott Villers has been an officer with the Toronto Police Service since 2000. He is currently a sergeant at 14 Division.

The author would like to thank Toronto Police Deputy Chief Shawna Coxon, Staff/Sgt. Michael Williams, PC Olga Davydova and Norina D’Agostini of the Toronto Police Museum for their assistance in the production of this article.