Toronto Police Service (TPS) and Humber College joined together on May 10, 2018, to release the results of the Neighbourhood Policing Program (NPP) research project, revealing that relationship building between the police and the community is truly working. 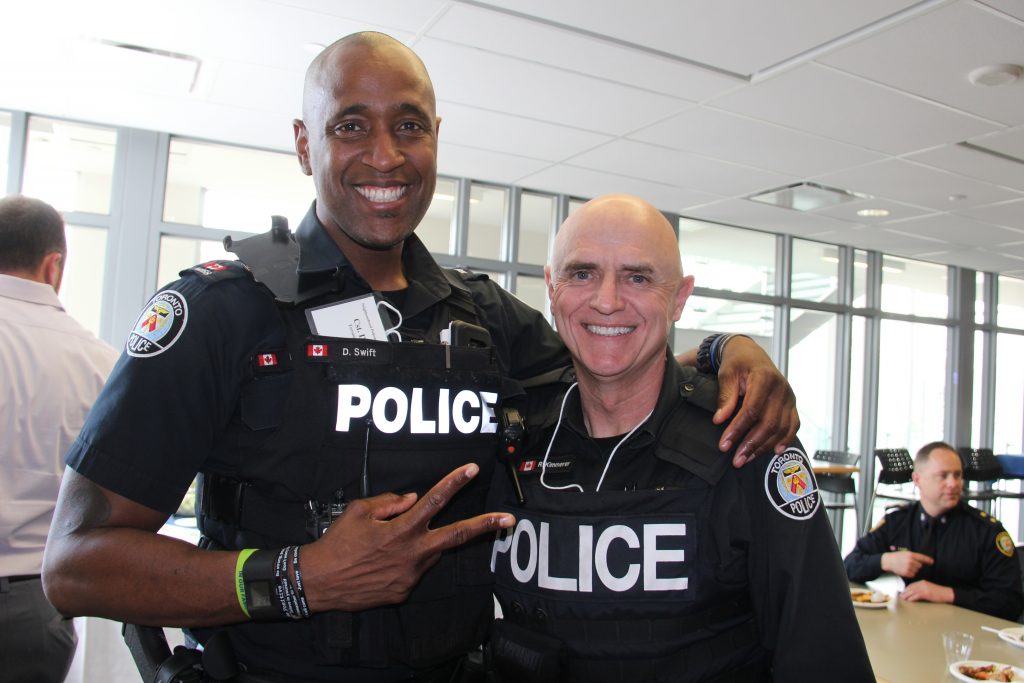 TPS launched its NPP in 2013 in response to strained community relations, reduced public trust in police and crime patterns/rates in certain neighbourhood. Seventeen “neighbourhood officers” or NOs were assigned to 17 districts in teams of two. Humber began collecting data on the program in phases starting in 2014.

“There is incredible body of knowledge that talks about the relationships between the public and police,” said Jeanine Webber, the research project director and associate dean in the School of Social and Community Services at Humber. “However, we didn’t have informational on the Canadian context so this study really helped to take a look at that.”

The goal of the research project was to see if the NPP was doing what it said it was going to do.

The research team used surveys and focus groups of both adults and youth to compile data. They also interviewed the NOs themselves and utilized official police data.

There was also overwhelmingly positive feedback from the youth about their NOs.

“One youth participant said, ‘He doesn’t act like a cop; he’s just a normal human being,’” said fellow researcher Samantha Brown. “It’s about humanizing the badge and taking the uniform out of the equation.”

NOs brought in programming such as homework clubs, sports events, family-centred activities and/or assist with existing community group and programs. They told the researchers how important it was to connect with the current stakeholders, people in the community who already had the public trust, such as a youth worker, religious leader or school official.

Alyssa Ferns, associate director for the research project, said the findings also show over time there was an increase in TPS officers volunteering to move into an NO role.

“Potentially they’ve understood what that role is as it rolled out and how important it is,” she said.

A TPS-wide online survey revealed on the whole, officers “do very much support community policing and see the community as a partner in solving and reducing crime.” However, there was a negative response from all levels that felt there could be more funding for this program.

As such, the team noted there is room for improvement with the program but it is still a success — NOs are viewed “favourably” overall within their respective neighbourhood and there have been “positive gains in community support as a result.”

They recommend TPS establish a consistent and available program mandate with updated guidelines. They also recommend a marketing and communications strategy for the NPP and revisiting the assignment length for NOs and staff transition planning, among other suggestions going forward.

“From a public perspective, what was overwhelming was that members of the public wanted a better relationship with police,” said Toronto Police Chief Mark Saunders. “These types of meetings allow us to magnify everything we need to do in policing, how to harmonize reactive and proactive policing… If we get policing right, we listen to everyone.”