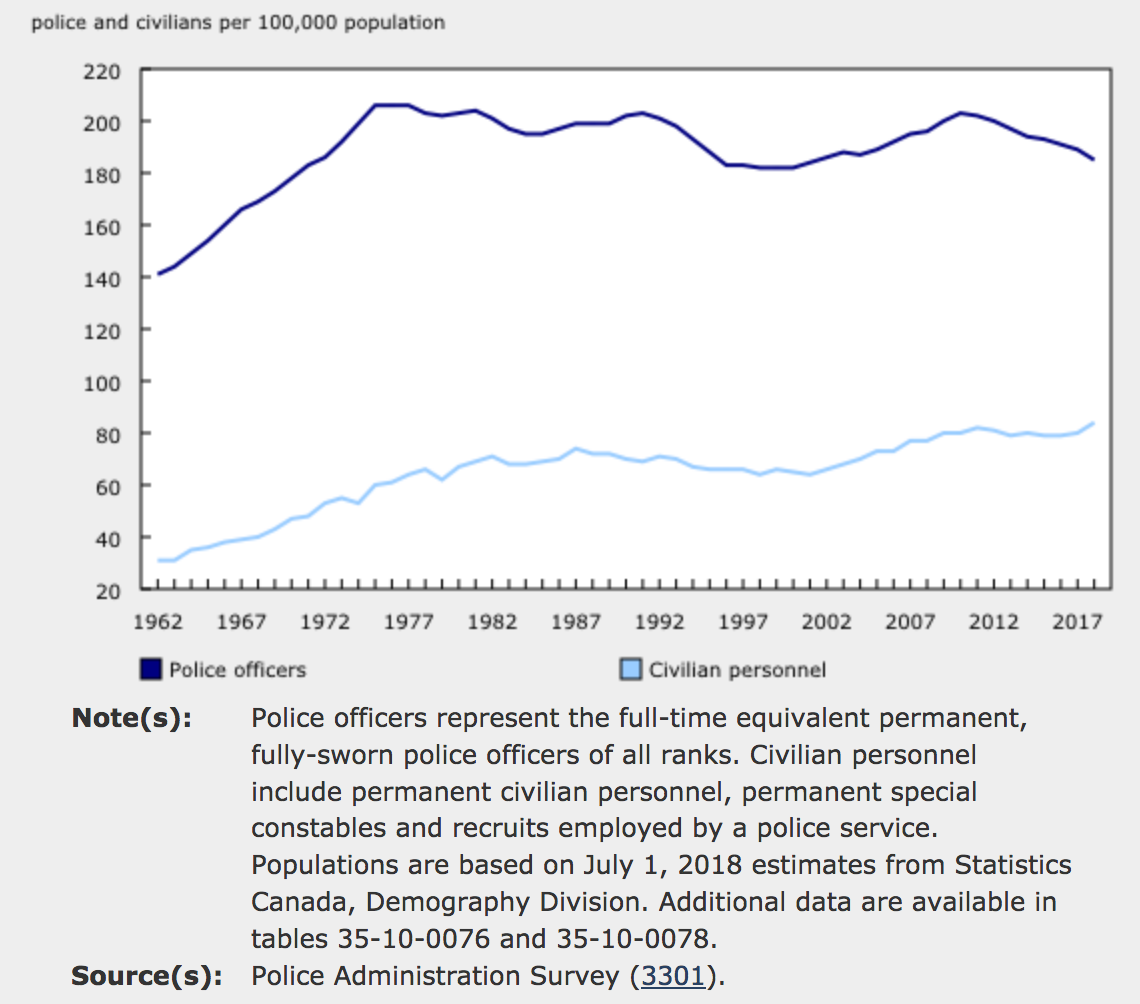 The number of police officers in Canada has fallen to its lowest level since 2009 – and, after adjusting for population, the police presence per capita is at an 18-year low, according to new data released by Statistics Canada.

The agency found that there were 68,562 sworn police officers working in the country in 2018, 463 fewer than one year earlier.

The decline came during the same year as the fourth straight increase in Canada’s crime rate, although that number remains well below where it was a decade ago.

The total number of people employed by Canadian police agencies, meanwhile, rose to an all-time high of 99,612, thanks to a record number of 31,050 civilian employees.

More than 70 per cent of civilian police employees are women, while men make up 78 per cent of the sworn officer population.

According to StatCan, women make up 36 per cent of all special constables in Canada and 24 per cent of new police recruits.

Eight per cent of police officers reported that they belong to a visible minority group. Four per cent identified as Indigenous.

Advocates for justice reform have held up the overwhelming whiteness of the Canadian policing ranks as one factor explaining racial profiling phenomena such as non-white Canadians being far more likely to be stopped for ‘carding’ street checks.

The Ontario Human Rights Commission recommended last month that the collection of race-based data on police interactions be made mandatory and that police officers found to have discriminated against a citizen on the basis of race face penalties up to and including dismissal.

By age, StatCan reported that the proportion of police officers over 50 is increasingly steadily, and 11 per cent of officers are now eligible to retire with full pensions.

The data also looked at police expenses, finding that they increased by two per cent year-over-year to $15.1 billion, including $12.5 billion in salaries and benefits. The average salary of a Canadian police officer in 2018 was $99,298.