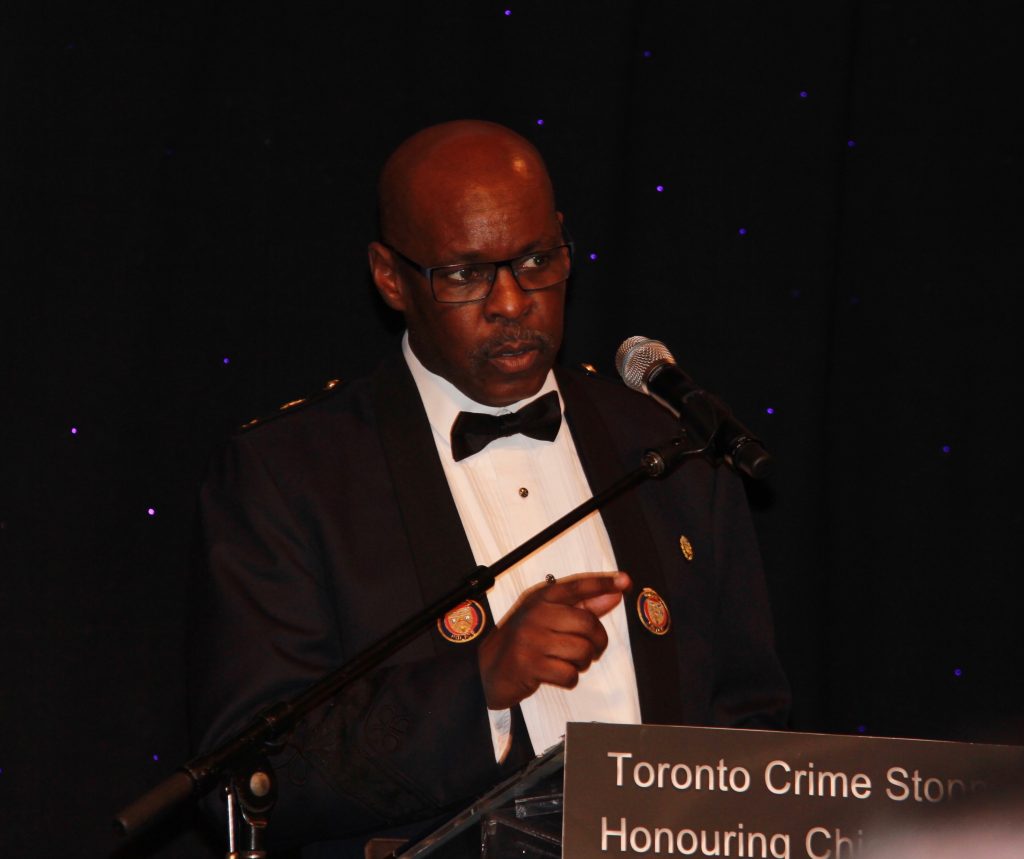 The event holds special meaning for Saunders, who noted it was the first big dinner he attended after assuming his role as chief.

“So every time I come in here, I do recall day one and how I felt, and how special it is to be surrounded by so many people who support Toronto Police for what they do,” Saunders said during his address. “And that is something that is critical. I often state that what makes our city so great is the police service we have, but it is also the men and women and members of the community who understand and give back to help make it great.”

Fellow Annex Business Media publication, Canadian Security, presented Toronto Crime Stoppers with a cheque for over $13,000 to be funnelled towards the youth programs. The money was raised from the third annual Mission 500 Hockey Classic.