I found myself aimlessly scrolling through Facebook recently – you know those types of days – when I came across a post of a book with a front cover that looked a whole lot like the inside of the old “Don Jail” in Toronto. 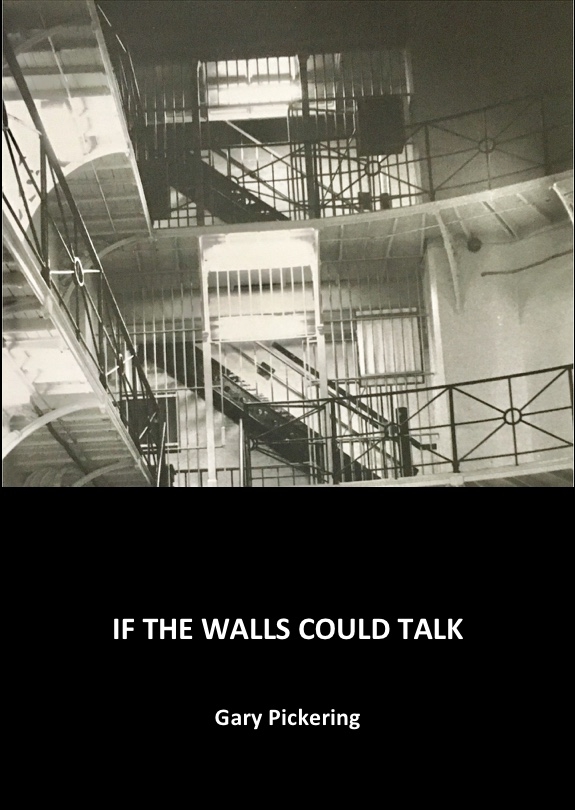 In the caption below the post, someone has written: “Did you know Gary Pickering wrote a book?!” I recognized the name and my curiosity soon had me placing an order for his book, titled If the Walls Could Talk.

When I started my career at the Toronto Jail in 2002, Gary had already retired, but his name came up in conversations among some of the more senior staff. I never got a chance to meet Gary in person, so while reading through the stories in his book I tried to picture the kind of officer and leader he would have been on the job.

“Wow! This would have never worked during my time in corrections,” were my thoughts as I combed through the first few chapters.

The stories became even more interesting as the chapters went on. I loved how Gary thought to give every single story a unique name. He talks about his many years of experience within all three of the provincial institutions in the Greater Toronto Area. He talks about growing as a correctional officer and growing as a leader. I couldn’t help but picture a young kid in the mid-1970s, as I continued to read, who had walked into to what he thought was going to be just a steady job, and it turned out to be a life-changing, personality-altering career.

Gary talks about his many experiences with various types of offenders, other staff, the group dynamics in an institutional setting, and the learning curves he had to overcome while navigating such experiences, both as a young officer and then also later as a seasoned leader.

Gary reflects on the many unbreakable bonds and relationships he had formed during his time in corrections. I am sure all of those who have ever worked in corrections can relate to them.

One of the chapters I found most interesting was where Gary describes the struggles of female correctional officers working in a male institution in the late 1970s. I found it intriguing as to how vastly different those experiences were in comparison to the ones I had in the 2000s.

Gary reflects on those early days at the new Toronto Jail in the late seventies where his then wife also worked as a correctional officer. For example, on page 107 we find:

“One day, a group of Riverside Jail correctional officers was walking to their assigned posts, through a long dark tunnel joining the old side of the Riverside with the new side. One of the COs, a tough and boisterous veteran, teased her with demeaning comments… At the outset she endured a lot from male colleagues, who taunted her…”

It was interesting to read about the different institutional dynamics and behaviour from Gary’s perspective, as these were all too familiar to me; for example, the various creative ways offenders hide contraband, words that one should never use as an officer and behaviour one should never exhibit in such a setting. I thought it was amusing how those elements have never changed, even though many generations of both offenders and staff have gone through these buildings.

I think the most important takeaway from Gary’s book for me was the actual inside look into the old “Don Jail.” This is the rather haunting building I had walked by for nearly 10 years – on my way to work in the newer part of that jail –  but I’d never really thought much about. I realized that it was much more than just a building. It was a place where, if the walls could talk, many of us would most likely listen with utmost fascination.

I hope everyone who reads this will take the time to pick up his book (you can order it through Amazon) and maybe learn a bit more about the past generations of correctional officers and their daily struggles.

Click here for a link to order If the Walls Could Talk.

Note: Gary Pickering worked for Ontario Corrections for 27 years. He held a number of positions and worked in all three of the Greater Toronto Area jails: Don Jail, Toronto West Detention and Toronto East Detention.  He retired in 2002 at the rank of superintendent.

Related
Forecasting gang related activity
Corrections — you can leave the job but it never leaves you
Use biopsychosocial approach for disciplinary matters
Who are society’s forgotten cops?