It was mid-afternoon on another usually busy day at my office. My phone rang a few times — it was one of my old co-workers from the Toronto Jail, most widely known as the Don Jail. I knew he was now retired and hasn’t been well for a while, so I was happy to hear from him. 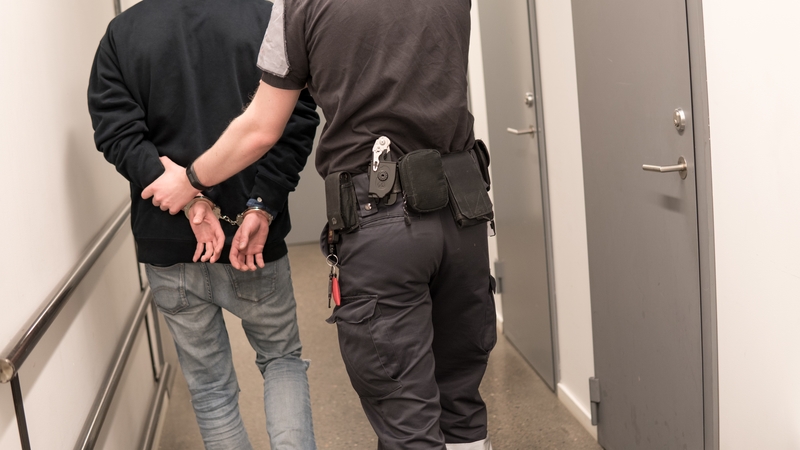 Blair has always been in the habit of starting a conversation mid-sentence, as if he expected you to know what he was up to — a quality of his I have always found amusing. As I answered the phone, Blair immediately started listing the following names, as if he was reading out an attendance list:

Although all these names were familiar to me, I had to search my mind to find the connection between them.

What task exactly does Blair have in mind for me? I wondered. What is the hidden story behind all those names and 4AN?

Some of these individuals were correction officers, some were managers and administrators, and the others were nurses. 4AN was a special needs unit at the Don Jail, where offenders who were diagnosed with mental health issues would be housed. It was a unit, due to the nature of its clientele, which often required much patience, understanding and compassion.

He then asked that I write something about the unit and the officers who spent so many hours of their careers working there.

I have found the nature of a correctional officer’s job is not very well known to the general public. As a society, we still have a long way to go in terms of understanding what a correctional officer actually does during their daily duties, as well as how dangerous and thankless the job is.

The public witnesses the police, paramedics and fire fighters going about their work on a regular basis and are appreciative of the jobs they do in keeping them safe. It is visible work done by highly visible uniform personnel. In fact, many of them, such as community police officers or neighbourhood officers, are embedded right into public life. These are the humans the public immediately thinks of when you say, “first responder.”

I argue correctional officers (COs) are first responders of a sort, too. They are charged with the care, custody and control of society’s incarcerated and those remanded awaiting trial. They must act as police, fire and ambulance on a daily basis at the frontline of the forgotten.

Society is happy to see the “bad guys” locked up and largely wants to think the key is thrown away. Little thought is given to offenders after the trial. The public doesn’t want to be confronted with the stark reality that these people need to be housed, clothed, fed and rehabilitated, as the day will most assuredly come when many of them will be released back into society.

Programs to render these individuals more productive members of society are few and woefully deficient at the provincial correctional institutional level from what I have seen here in Ontario. Here in this gap is where the CO exists, tightrope walking. COs attempt to prevent further criminal behaviour and maintain safety for all. Why don’t we salute that? Criminal behaviour doesn’t just stop when someone gets convicted and sent to jail. Correctional officers, on many occasions, have been referred to as the “forgotten cops.”

… And so, with all of this percolating in the background of my mind’s eye, it then dawned on me what Blair was actually trying to say:

All COs do extraordinary jobs with very little support or appreciation in my opinion. These officers, managers and nurses took the time to go above and beyond their regular duties in the correctional sphere and work the unit that requires the most extra care and attention — the unit that has the potential to become the most dangerous environment in the institution just by virtue of its clientele.

In my experience, corrections as an industry has always been an extremely cold industry full of negativity. In the midst of all that negativity, it is easy to lose track of some of the incredible staff that walk through the doors of the institutions everyday and give it everything they have. This is why we have to honour them. This is how we start changing the culture.

Those names Blair sounded off in my ear are those who not only embrace the challenging job of a CO, but who also go above and beyond to become “special needs officers and nurses.” In this piece, I am paying tribute to those names… those who are responsible for the care, custody and control of the potentially most dangerous offenders (but also, the most vulnerable); those who carry out their duties with the utmost professionalism and compassion required to deal with such clients. This is for those whose names will forever remain a major part of the notorious Don Jail, long after the walls of the institution have been demolished. You are not forgotten.