Group seeks to submit gender platform to OACP this spring 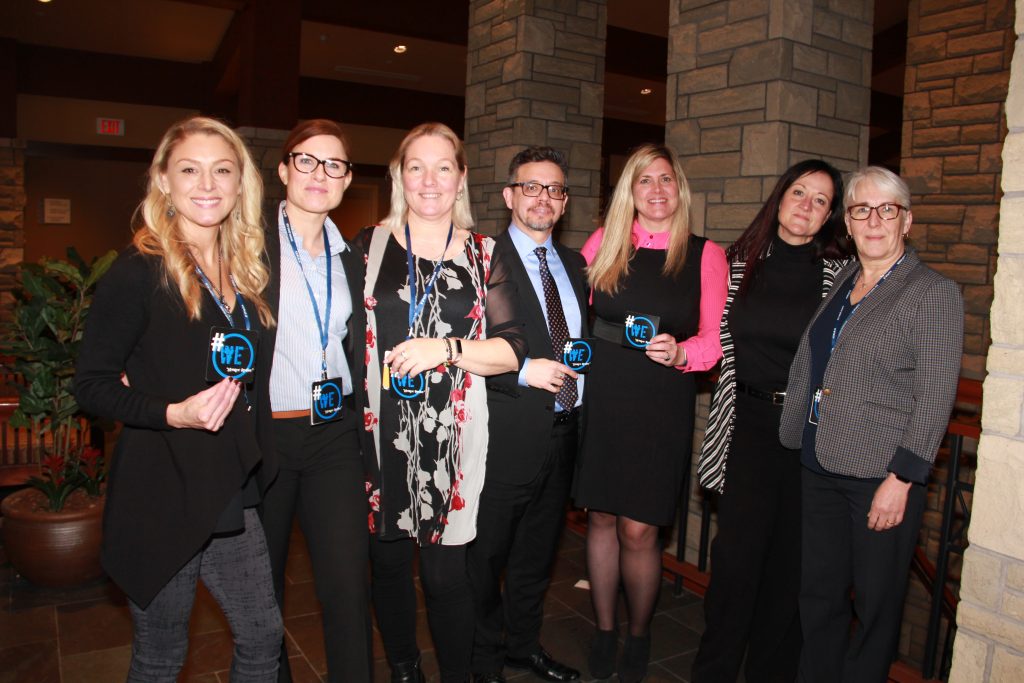 The organizing committee for the Advancing WE in Policing - Ontario Workshop 2020.

A recent workshop in Niagara Falls asked some tough questions of police leaders and frontline officers, striving to crack open the conversation about how to create more inclusive workplace environments in policing.

“Statistics Canada says women have been in policing for more than 100 years,” said police officer Natalie Hiltz during the Advancing WE in Policing – Ontario 2020 Workshop from Feb. 19-21. “Roughly 21 per cent of officers are women and only 15 per cent are in leadership positions — after 100 years of policing. That should give us reason to pause and reflect on why that is.”

Advancing WE in Policing, described as a “collective voice on equity, inclusion and diversity in Ontario policing,” was formed in November 2017, and was formerly known as Advancing Women in Policing. It’s a group of executive men and women in policing with the intention to “generate a dialogue for innovative, practical and sustainable solutions for equity and inclusion as it relates to gender through investigation, exploration, learning, consulting and measuring.” ​​

The 2020 workshop kicked off with a men-only Day One, featuring a session with Jake Stika, executive director of Next Gen Men, an organization “creating spaces to engage, educate and empower men and boys around gender.” The discussions centered on gender norms, stereotypes, unconscious bias, power and privilege, and ally ship to better understand the positions one occupies in their work/community and how to make policing great for everyone.

The direction forward is about supporting all women, not just women in your select group, or the ones you choose to, Boudreau said. “Celebrate what you bring to the table; you don’t have to be one of the boys…This room is very diverse and I’m starting to see difference in last 10 years in terms of how we see gender in policing.”

Duraiappah tackled why inclusive practices are so valid, drawing comparisons from top teams in the private sector thanks to a Forbes Magazine review.

“Those teams that had the most diverse and makeup and composition, the non-homogeneous teams — they are effective,” he said. “There’s no group think. They’re more productive… They enjoy their workspace.”

Pedersen made a profound point by asking the room, “What other profession uses gender to define itself? Do we say teacher man/teacher woman?” He went on to note how everyone there in the room would be taking the profession in a new direction.

Sgt. David Jones of the Edmonton Police Service was also among the other guest presenters throughout the three-day event. He shared his fresh research on whether recruit selection processes are holding females back.

His study found the physical testing component of the process eliminated five times as many women as men.

“Do we really want to wait for a court ruling before we change our system?” he asked. “We’re facing that right now with street checks in Ontario. That’s not the best way to go about this. We need to assess different ways of recruiting women… I would suggest we have a false sense of security in our physical testing.”

Jones acknowledged decisions can’t be made in a vacuum, but pointed to how this data can open the doors to many more valuable questions.

“What would we do with the applicant who went around the fence instead of over it?” he queried the crowd. “That’s problem solving and that, along with good tactics and planning ahead, are what I encountered on the frontline.”

About 50 men and 60 women of all ranks attended the workshop, according to Windsor Police Insp. Tammy Fryer, chair of the Advancing WE in Policing group.

Under the guidance of Carleton University’s Linda Duxbury, the information gathered from the sessions will now be compiled into a final research paper that will be presented to the Ontario Association of Chiefs of Police (OACP) executive later this spring.

“This will create a platform for the chiefs to look at, right from the mouths of their frontline officers, and act as a call to action that we need to stop talking about it and move forward,” Fryer said. “We’re hoping for that because we do have some phenomenal leaders here. I’d never met Deputy Chief Rouse from York Regional Police. I was fascinated with his responses, his interaction, his engagement. York is embarking on a culture change project, so that is a testament that we’re open to this now and leaders are open to change.”

Inclusivity is everyone’s responsibility, she added. “So, we need to keep this conversation going.”

Last summer, Blue Line dove deeper into Advancing WE in Policing during a podcast episode. Have a listen here — skip ahead to 28:40.

Related
The future of police recruiting in Edmonton
Quartermaster section is no longer a boys’ club in Ottawa
Gender parity and the recruitment crisis
Warding off violence against women: VPD’s Women’s Personal Safety Team