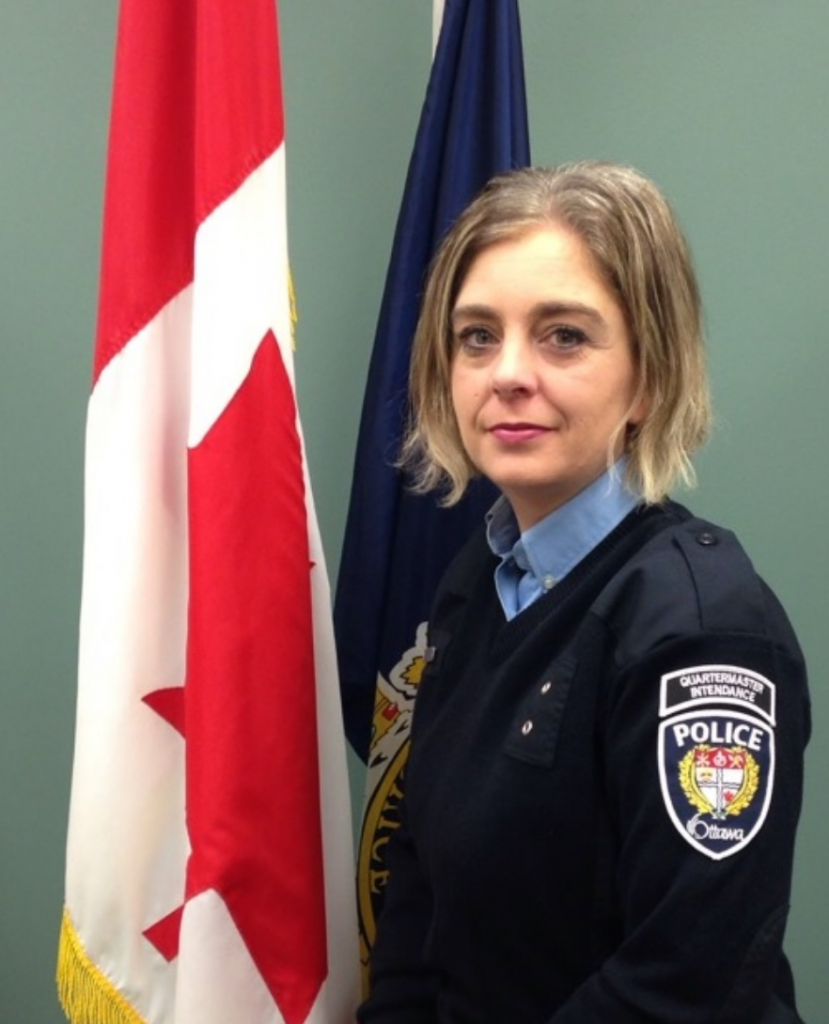 Melanie Butler is the first female QM Supervisor and the first civilian female in a competition process for the QM in the history of the OPS. Photo: OPS.

The word Quartermaster (QM) is a military term which literally means, ‘Master of the Quarters’. It has been around since the 16th century and comes from the Old French quartier and Latin quarterium to describe the supply function for the army on the battle field. This role was typically held by a senior soldier, who was responsible for stocking and distributing supplies and provisions.

The supply department was the mainstay of any army. Battles could be won or lost on the effectiveness of the Quartermaster, because in the words of the French General Napoléon, “an army marches on its stomach.”

The QM is responsible for ensuring personnel have all necessary uniform items and equipment. Their job includes identifying what and how much of it is needed, they evaluate specific equipment and have to know how it will be used, they make purchases as needed and maintain inventory records.

It is so integral in military operations, German Field Marshal Erwin Rommel said, “the battle is fought and decided by the Quartermasters before the shooting begins.”

That’s why each law enforcement agency, military and spy organization like James Bond 007 has a QM or “Q” that aids the members of the organization in completing their daily tasks.

Since 1855, the Ottawa Police Service (OPS) has had a QM section looking after the needs of officers, civilians and volunteers. Our motto is, “Supporting Victory.”

This role has been held by men for 163 years.

Until November 2018 that is, when the glass ceiling was smashed twice by the same individual, Melanie Butler. She is the first female QM Supervisor and the first civilian female in a competition process for the QM in the history of the OPS.

Butler has been with the OPS for 18 years, working in the Business Information Solutions (IT) section until her move to Materiel Management.

“Joining the Quartermaster as the first female member in history is an honour and I encourage all women working in a male-dominated industry or occupation to continue to be strong and fierce.”

Butler attributes her confidence and willingness to pursue the position to the examples of like-minded women in the private and public professions.

“It’s great to see other women knocking down barriers or reaching new levels,” Butler says. “It helped build my confidence as a leader. I believe I’m in a role to do a job the best way it can be done and my gender doesn’t matter. What’s important is I have accrued all the skills and expertise to lead my team.”

We have role models now, she continues. “We think of pioneers that came before us, like Flora Ann Campbell… 106 years ago she was the first policewoman hired by the OPS. New generations of women have picked up the torch and continue to pave the way for the women who will follow, like my own daughter. I want her to know there are no limits on the employment she can seek.”

QM Supervisor Butler is excited to think she can inspire and impact other women in their decision to seek non-traditional jobs.

“Look around you. Famous female role models are not just in the history books or in Hollywood, but are individuals right here in our Ottawa community.”

– Drew Clark is the Quartermaster Co-ordinator at Ottawa Police Service.

Find the original posting of this story here.