Helping women to help themselves through awareness, knowledge and self-empowerment 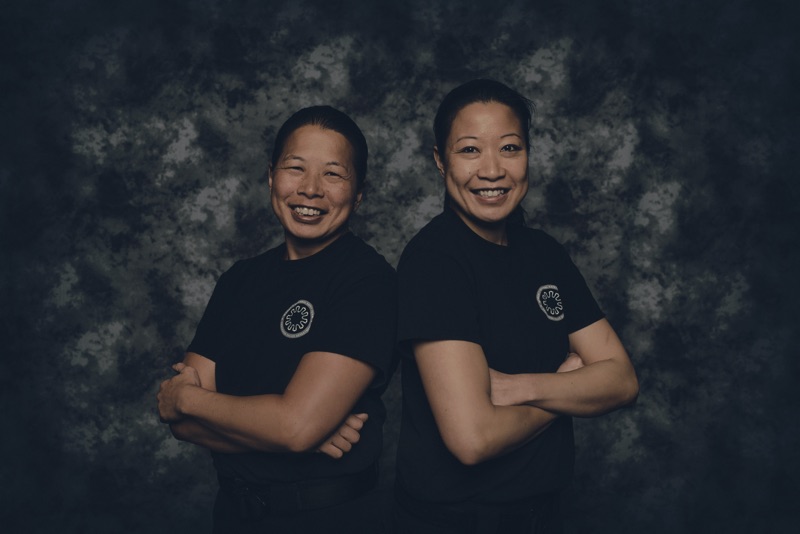 Insp. Colleen Yee, left, and her sister, Det. Alice Yee, began the Women’s Personal Safety Team in order to continue the work of decreasing gender-based violence in the city of Vancouver. Photo: VPD

On a global scale it is estimated that one in three women will experience at least one instance of physical and/or sexual violence in their lifetime.1 Gender-based violence (GBV) is an indisputable issue we all must address and in high-income countries, the classification of which includes Canada, GBV directly impacts 32.7 per cent of women.1 Intimate partner violence in particular is especially prevalent, and a large proportion of violence perpetrated against women is committed, not by strangers, but by individuals known to each woman.

In examining the rates of violent victimization in Canada, a downward trend in the number of reported cases was found, as evidenced by Statistics Canada in the 2014 General Social Survey. While this may seem like a promising statistic at first, a closer examination of the numbers reveals that women in Canada are still 20 per cent more likely than men to suffer from an act of violence.2

In particular, Indigenous women in Canada, as well as members of other marginalized groups, are at an increased risk of GBV and there is an urgent need to circumvent this lasting trend, so as to protect and safeguard the physical, emotional and psychological well-being of women in this country. As law enforcement officers, we each have a significant role to play in this.

In 2012, the inaugural Women’s Personal Safety Team (WPST) workshop was conducted, borne out of a need to increase public knowledge on GBV. Created by Insp. Colleen Yee and her sister, Det. Alice Yee, this workshop taught the basics of personal safety and violence prevention, and was designed to be accessible for all participants, regardless of physical ability and prior knowledge. Participants lauded the simple, yet effective tactics taught by women, for women, and through positive feedback and word-of-mouth recommendations demand for additional community-based workshops began streaming in to the Vancouver Police Department (VPD).

By January 2013 — mere months from when the initial workshop was proposed — a team of 16 female police officers had already been identified, recruited and trained for the WPST, and in the years following, the WPST has grown and matured exponentially. In 2020 it now boasts a strong volunteer team of 28 female VPD officers, led by Insp. Yee and Det. Yee. Having conducted more than 130 community-based workshops since its inception, the WPST has educated more than 5,400 women in Vancouver on the requisite skills necessary to defend themselves in potentially threatening/violent scenarios.

“The Women’s Personal Safety Team was created to inspire, empower and educate women in the community,” Insp. Yee says. “It has also connected women in policing, creating a network of support, camaraderie and mentorship. This has been a unique and transformational experience.”

Learning the four A’s and more

In spite of the magnitude of the issue they are tackling, the WPST has a simple and clear mission statement: to educate, inspire and empower women to take ownership of their personal safety. The VPD instructors recognize violence prevention begins long before any act of violence has actually been committed and, as such, instruct participants first and foremost on the four A’s of personal safety: Awareness, Assessing, Anticipating and Acting.

Participants are educated on what potential perpetrators are looking for in their victims and learn about the consequences of existing habits that may inadvertently increase the risk of violence. They are also taught the importance of verbal tactics and body language as a mode of defense against impending danger and violence.

In the event that an act of violence is imminent and unavoidable, participants are instructed to seek out opportunities for escape through the use of basic concepts that are intended to cause sufficient injury to the perpetrator. Designed to be easily remembered and implemented for individuals of varying physical ability, these concepts are intended to be accessible and effective when used with intent and purpose.

For some, the WPST workshop marked the first time that participants held conversations with police members. In a multicultural city like Vancouver —which boasts one of the most ethnically and culturally diverse populations in the country — these positive, informal interactions with police members are especially significant. Not all newcomers have had the privilege to reside in a country where police members work to serve and protect, and for individuals who have lived under corrupt police forces, it can be difficult to move past this learned and adaptive fear of authority. The WPST helps to challenge these preconceptions in a non-confrontational manner, fostering positive relational experiences with police.

The WPST has found the workshops have proven invaluable in establishing trust with marginalized community members who have historically held fraught and sensitive relationships with police. Some participants may have been incarcerated, had family members involved in the criminal justice system or have been victims of crimes themselves, and as such, unwittingly associate police members with traumatic memories. The workshop provides participants with a fun, welcoming and interactive experience, providing an opportunity to interact outside of a formal police call and helping to establish a deeper trust in law enforcement.

The Women’s Personal Safety Workshop has also been incorporated into the life skills curriculum for PACE Society in the past, which helped to establish a collaborative, proactive relationship with sex trade workers in Vancouver’s Downtown Eastside community.

Supporting the advancement of policing

The WPST provides support to VPD’s frontline officers through dedicated interventions, most recently hosting a series of community forums for students and parents of several private schools that were targeted by a prolific sex offender. In doing so, the WPST was able to provide greater reassurance and knowledge to affected members of the public by sharing their expertise and answering questions to alleviate any fears and concerns.

The team has also supported other policing agencies by providing WPST workshops in nearby jurisdictions, and has even hosted a delegation of female police officers from Ukraine. Providing a blueprint for a successful violence prevention workshop, the WPST hopes to share their program knowledge with as many policing agencies as possible, so as to improve GBV not just in Vancouver but also across the globe.

Given the importance of this program, the members of the WPST have each been trained especially for the purpose of carrying out program requirements. Further to the standard use of force training that all police members have to undertake, WPST instructors have also been formally certified to demonstrate their written and practical understanding of WPST concepts.

Serving as a shining example of how policing can be elevated with ongoing training and personal development, the WPST ensures that their skills and expertise remain as well-rounded and up-to-date as possible. Additional training has included seminars ranging from Krav Maga hand-to-hand control tactics to Systema, a Russian form of holistic martial arts focusing on intuition, breath and body awareness. This continual learning has a tremendous impact on the individual careers of each instructor and also directly translates to the confidence and leadership that each instructor brings to their work in protecting the community at large.

The significance and impact of this work has not gone unnoticed within the policing community. In 2018 both Insp. Yee and Det. Yee were recipients of the Award of Meritorious Service at B.C.’s 37th Annual Police Honours Night. They were also recognized by the department that year, receiving the VPD’s Chief Constable Commendation Award for their tireless efforts with the WPST. Furthermore, Insp. Yee was the recipient of the 2019 YWCA Woman of Distinction Award in two separate categories.

The WPST has no intention of slowing down and continued recruitment for new instructors will provide an opportunity to expand the program, while building in natural succession planning. A particular focus of the team moving forward is to apply a youth-specific lens to the workshop. In addition, the WPST hopes to incorporate leadership development in young women through mentorship opportunities, allowing mentees to interact, learn and grow with positive, pro-social female role models. In light of the COVID19 pandemic, the WPST has also adapted rapidly to the changing demands of program provision, with an online workshop that was to be conducted for the first time ever in May.

*This column originally appeared on page 24 in the June/July 2020 issue of Blue Line.

Kimberly Wong is contracted as the program administrator in the Youth Services Section with the Vancouver Police Department.

Related
Vancouver’s Women in Blue by Carolyn J. Daley
Keeping girls out of gangs
A barrier breaker & builder of empathy: Const. Dale Quiring
Quartermaster section is no longer a boys’ club in Ottawa