Features
The future of police recruiting in Edmonton

As the police organization for one of Canada’s fastest growing multicultural cities, the Edmonton Police Service (EPS) had an interesting recruitment challenge on their hands. Recruiters felt that good candidates were failing their applications due to small problems that could be easily solved with a bit of mentoring – problems such as a lack of confidence, or discomfort with the demanding academy expectations that often go hand-in-hand with police training. 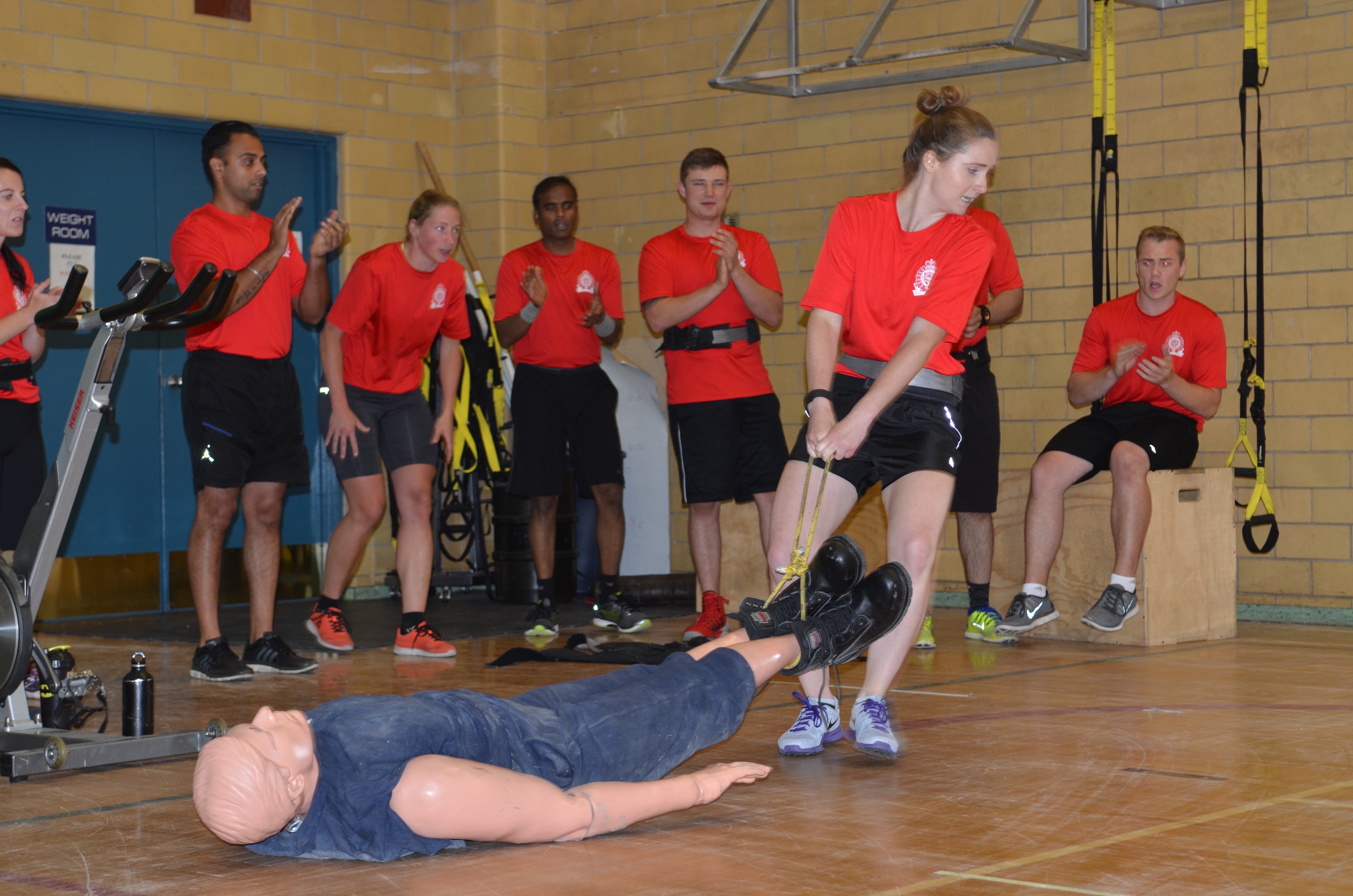 In response, the EPS created the Mentoring Academy. Believed to be the first of its kind in Canada, the Academy selects previously deferred applicants from communities and demographics that are under-represented in the EPS — women, newcomers and Indigenous Canadians, for example — and helps prepare them to complete a police officer application and to be successful in police training.

The program, which ran its first pilot class in spring 2017, takes police hopefuls through 12 weeks of mentoring, fitness testing, practice interviews, scenarios and workshops. Topics such as ethics in policing, active listening, effective presentations and situational awareness are covered. The goal is to help prepare participants for what they will encounter in the application process, as well as in training, should they succeed in being hired.

“It came out of necessity,” says Staff Sgt. Robinder Gill, who instigated the program. “We live in a very diverse community, and the EPS, like most other police agencies, doesn’t accurately reflect that diversity. We had to ask ourselves why that was the case.”

Currently, about 22 per cent of EPS sworn members are women, while 11 per cent identify as a visible minority or Indigenous person. Part of the issue, notes Gill, is that many people from these under-represented communities lack the mentorship and support to make it through the demanding recruit selection and training process.

“Sixty per cent of police officers had someone in their immediate family or social circle who was a police officer,” Gill says. “Many of these individuals in the Mentoring Academy are trying to run the same race, but they’re behind the start line already because they don’t have the same supports.”

Academy participants are selected based on a review of their file, with special attention paid to the reasons they were deferred in any previous attempts to get hired by the EPS.

“Some of the applicants who don’t make it through the first time have what it takes. They just don’t know it themselves,” says Heather Smith, the program’s co-ordinator. “The fact we’ve selected them for this program — that we’re investing this time into developing them — shows them that we see their potential, and that helps build their confidence.”

Smith notes that recruiters were surprised by a discrepancy between the number of women who attended the EPS’s Women in Policing information session versus the number of women who actually applied. “There’s a disconnect,” she says. “Sometimes women need reassurance that they can do this job. The ‘gap’ in their skills is really just their perception. It’s fair to say this is probably the case for most minority applicants, too.”

To develop the curriculum, recruiters looked at the places where applicants typically struggle: physical fitness, often a challenge for those working multiple jobs or juggling family responsibilities; and the behavioural descriptive interview (BDI), cited by many as the hardest part of the application process.

The BDI asks applicants to describe particular experiences and how they handled them. Interviewers are looking for evidence of competencies such as adaptability, perseverance, interpersonal skills and stress management — skills that Academy students do have.

“They’ve had plenty of challenging life experiences; they just may not have much practice articulating them in a way that resonates with police recruiters,” Smith says.

Although the program is still in its infancy, it is already showing results. Participants who go forward into the application process are scoring three to seven points higher on their BDI component than those who have not gone through the Academy and are, on average, 7-15 seconds faster in the obstacle course portion of the fitness testing.

Nine from the first Academy of 16 people have been hired into the next recruit class and two more are making their way through the eight-stage application process. This is leading to an unexpected benefit for students who go on to recruit training.

“There are quite a few of us in my recruit training class that are from the Mentoring Academy,” says Karianne Veillette, who participated in the pilot and started recruit training in August. “It’s definitely a great support system because we already have team building experience from our time in the program.”

Recruiters also rave about the value of the Academy as a screening tool. “In the normal application process, we get about eight hours with each applicant,” Gill says. “With this program, we spend 36 hours with them.”

The extra time gives recruiters a chance to assess the character of each participant and determine whether the applicant has the values and integrity to uphold the high standards of the EPS. “We then feel confident we’re sending the highest calibre of individuals into our application process,” Gill says.

While it is true that students are getting a hand up, recruiters are quick to note that it’s not a free ride. After the Academy, participants still need to go through the normal application process, and if selected, they enter a recruit training class like any other new recruit. “Everyone knows this Academy is by invitation only,” says Smith. “There’s a sense of pride in that. And the expectation when you go into training is even higher.”

Academy participant and new recruit Conrad Whetstone agrees: “You see the passion and dedication these people are putting into you, trying to give you the best chance of success, and it makes you very proud to have been selected.”

With the full support of EPS leadership and a successful pilot behind them, the Recruit Selection Unit plans to continue running this ground-breaking program.
“I see this as changing the way we recruit for sure,” says Gill. The second class started in September with 16 participants registered, including one who relocated to Edmonton specifically to take part.

Recruiters are optimistic about the direction the Mentoring Academy is taking, not just in terms of widening the net to increase options for recruitment, but also for the possibilities it offers as recruiters start to consider people with different but equally valuable skills.

“Traditionally, we had this box, and we looked at people based on how they fit into that box,” Smith says. “But when you have people with vastly different life experiences, how are you supposed to evaluate them the same way?”
For more information, visit joineps.ca.

Cheryl Voordenhout is a communications advisor and has been with the EPS for a year. Previously she held writing and communications positions with the City of Edmonton and the Government of Alberta.
Print this page

Related
Re-integration after a critical incident or long-term leave
The professionalization of police training in Canada
“Making sure we have partners at the table:” Q&A with Edmonton’s new police chief
The impact of a line of duty death on the spouses