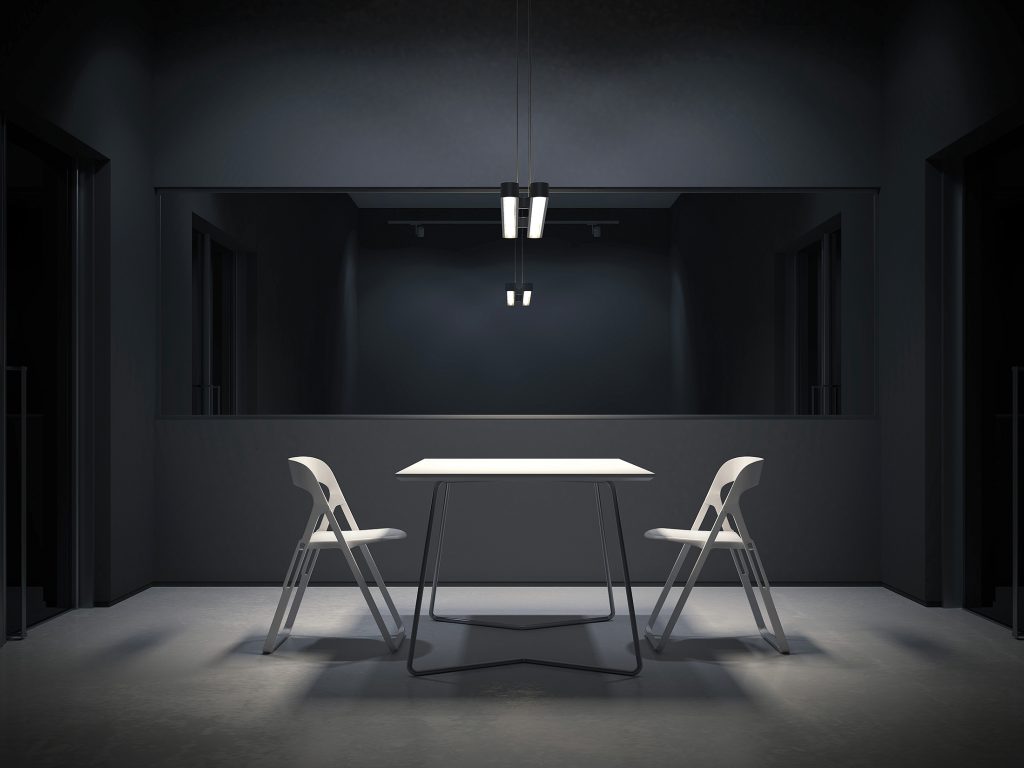 Which is more important?

An article in the June/July 2020 issue of Blue Line discussed how the size of the interview room affects the behaviour of the subject, and suggests that the larger the space the more open the room felt and, therefore, the subject would also feel more open to discuss matters at hand.

Whilst some of the cited studies showed that participants felt more at ease in the larger rooms, this did not translate to the participants being more forthcoming, indeed: “the correlation between room size and the disclosure measures were all nonsignificant.” The majority of the articles paid scant attention to the size of the room and concluded by suggesting police interview rooms be larger.

The issue with this is that the articles do not go into detail in regard to what “larger” means. They do not break down the size into something concrete that can be acted upon. Simply to say a certain room should be larger is neither helpful nor actionable. Most departments have large “soft” interview rooms where victims and witnesses are interviewed. However, these rooms are not always available. When that occurs, investigators have to resort to other rooms to conduct their interviews. More often than not, subjects are interviewed on the street or in the back of a police cruiser. Therefore, until there is more specific evidence about optimal interview room size, police should continue to focus on building rapport.

What truly matters most is the investigator’s ability to build rapport with the subject, their mental attitude and their willingness to have an open mind and keep it open for the duration of the interview. Rapport and the ability to establish it with anyone is the key to obtaining reliable information from any interviewee.

Until there is more evidence specific about optimal interview room size, police should continue to focus on building rapport.

There is also the idea of context manipulation where the investigator manipulates some aspect of the room, usually by moving closer to the subject. This brings into play the theory of “proxemics”, which states that the closer one person is to another physically, the harder it is to lie to that person; conversely, the more space between the two, the easier it is to lie. Some of the participants in the studies felt uncomfortable when their personal space was encroached upon by the interviewer. On others there was no affect. The studies on this point are not helpful. In fact, the authors stated: “Moreover, we hypothesized that participants interviewed with a larger interpersonal distance between them and the interviewer would provide more information. We found no evidence for this: interpersonal distance did not significantly correlate with any of the disclosure measures.”

Does moving closer to a subject always result in more information? Not at all, it depends on the rapport built by the investigator, the rationale for moving closer, as well as the background of the interviewee.

When dealing with people, there are a myriad of different and complex issues that the investigator must deal with that cannot be distilled into a simple formula. While moving closer to the subject when it is warranted is encouraged, there is no magic timing for when to do so. The interviewer will have to articulate to the courts the actions they took and why they took them. Ultimately, the decision of whether the actions of the investigator, by moving closer to the subject, were such that the subject’s will to continue was overborne will be determined by the trier of facts. It should also be noted that “These findings are based on investigative interviewing approaches and the study size was small. Attempts to replicate the major findings on interrogation contexts have been unsuccessful.”

While it is beneficial to have access to an interview room that will be the most conducive to obtaining information, one should not underestimate the power of rapport. Good rapport between the interviewer and subject is built on good interviewing skills. The interviewer uses as many tools at their disposal as they can to ensure that they have developed rapport with the subject. However, the interviewer should never forget that it is the interviewer who develops rapport, not the room.

Zaia Lazar is a full-time instructor at the Ontario Police College where he instructs Investigative Interviewing Techniques. Prior to this he was a police officer with London Police Service for 22 years and worked in several capacities. He has conducted numerous interviews and interrogations in his career.