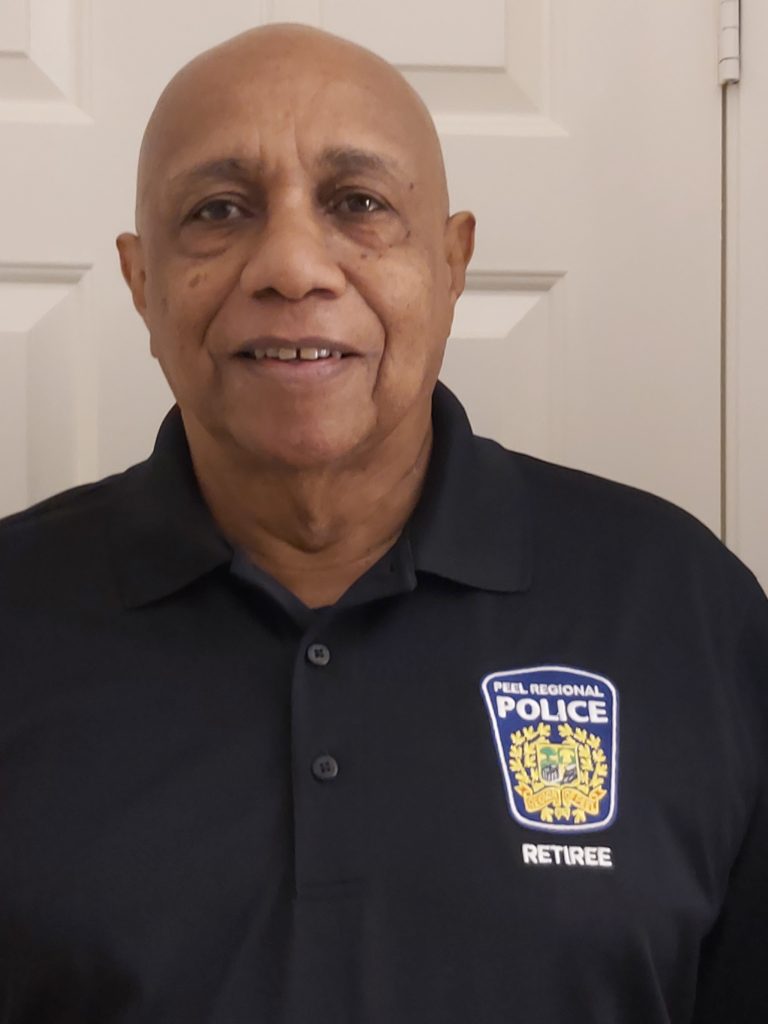 In a recent episode of Blue Line, The Podcast, editor Brittani Schroeder was joined by Ret. Sgt. Lonny Blackett, who was the first Black police officer in the city of Brampton (Peel Regional Police Service). During their discussion, they touched on the changes Blackett saw throughout his time as an officer and the importance of ongoing training and education for those in the law enforcement industry.

Q: Can you tell me about your experience of being the first Black police officer in Brampton?

1974 was the year Peel Regional Police (PRP) was formed; there was an amalgamation of five small police forces that then became PRP. Before I officially started, my recruiting officer called me up to give me my start date, and I began to backtrack and wondered if this was really something I wanted to do. He called me into his office and told me, “We want you. You scored very well on the exams, and this place is growing. We want you to be a part of it.”

When I started at 21 Division, we had approximately 150 officers; now they’re running close to 400 officers. The demographics of the city back then were mostly Caucasian immigrants from the United Kingdom, so in that respect it was challenging for me. I would say that I was accepted by 95 per cent of the officers I worked with. As an officer, I stood out in many ways—both positively and negatively. Luckily, most of the community accepted me, but there were a lot of stares.

There was one instance I remember very clearly. I showed up to a house on a domestic call, and a female opened the door and there was a look of shock on her face. She asked me point blank, “Are you a police officer?” I replied yes, and she asked to see my identification. I produced my warrant card and my badge. When I entered the home, she said, “I didn’t know there were black police officers in Canada.” Some might say she was being racist, but I knew that she honestly didn’t know that Black men and women were police officers. I was taken aback by the comment, but I conducted my investigation and carried on from there.

It wasn’t something that I’d ever experienced before in my professional life. I thought about it, and then I realized, hey, there are probably going to be more people like that, because I’m the first Black police officer here. As long as I keep my nose clean, and I do my job to the best of my ability, there’s a possibility that more minorities will be hired. Eventually, that came true.

Q: How long did it take before another Black police officer was hired?

It was approximately seven years before another Black police officer was hired. Coincidentally, he was also stated at 21 Division. Following his retirement after six years, another one or two Black officers were hired, and it went on like that for quite a while.

Back then, Blacks or minorities were not expected to make upward mobility; we were expected to stay at the constable stage. It took about 12 years, but I got promoted to sergeant. By that time, more minorities and females were starting with the service.

The community started to speak out when they noticed the visible minority officers weren’t experiencing upward mobility. The community was becoming more diverse, and they wanted a police force that represented them properly. It was then that the department started to look at people more seriously, and the decision to promote someone became strictly about merit and not the colour of a person’s skin.

Q: When it comes to training and education, how important is it for officers to continue learning throughout their career?

First, I need to preface this by saying that training takes time and money, and depending on the type and length of the course, officers are taken off the streets and are either being trained within their department or are sent elsewhere to be trained. During the course of my career, I would say 10-12 years before I retired, I was trained as a hostage negotiator. It taught me how to de-escalate and properly talk to people in high-risk situations. Having said that, it is important to note that we’re not going to be able to talk every person down, but it helped tremendously. I wish every second or third officer—perhaps all officers out there—could get some form of hostage negotiation training, but again, it comes down to money.

When looking at education, I think it needs to improve within policing. It shouldn’t just be about the education you have coming into the industry; you’ve got to keep your education up to date. Laws and statutes change, and if you’re writing someone up for an offense that isn’t illegal anymore, that is going to be thrown out in court. Nowadays, teenagers could tell you the law just by looking it up on their phone, and they will question and challenge you. You need to keep up to date, keep learning and go back to school. You can do it online or in person, attend any university or college that has continuing education programs. You’ll never regret being a lifelong learner.

Editor’s Note: This interview has been condensed and edited for clarity. To listen to the full episode, visit blueline.ca/podcasts.

This episode of Blue Line, The Podcast was sponsored by Wilfrid Laurier University.

Related
Q&A with Colin MacLeod, retired RCMP pilot
When media releases and tweets don’t do the trick
Breadcrumbs & attribution — Mapping out the training gap in digital investigations
Active Threats: Are you prepared? • WEBINAR