Weyburn Police Service is currently celebrating 60 years since its rebirth. Chief Marlo Pritchard gives Blue Line the details on the unique “split service” history and lessons he’s learned from his 35 years in law enforcement, including time as a civilian police officer in the United Nations mission in Kosovo.

Q: You’ve been chief for five and a half years now. Coming from Regina to a smaller city, what would you say has been your most memorable moment?
The welcoming aspect was special — seeing how the community reached out to introduce themselves and inviting me to different functions. I probably hadn’t even been here a week and I had a number of individuals stop by and have ‘tea with the chief.’ It was something you don’t see in a bigger service very often, I think, so I found it very interesting.

Q: Why did you choose law enforcement as a career path?
That is a funny story because at first I really had no interest in law enforcement. You talk to a lot of people who were focussed on policing right from when they were little kids. I wasn’t one of those. Regina Police Service had their first school resource officer at my high school and he saw some potential in me and tried to keep me out of trouble. He encouraged me to consider policing as a career. So it was strictly because of the influence of that officer, Glen Kosar, and 35 years later I’m still here.

Q: What is the toughest part of the job?
There are a number of challenges when you become chief. You come from a different rank and now all of a sudden you’re the final say. You don’t have that safety net. You can get input from others but ultimately you have to make those final decisions. You’re dealing with different issues and priorities and trying to base that on experience as well as the needs of organization and the community.

Q: How is being a police chief in Weyburn unique to other locations?
When you’re a police chief in any community, you have to adapt your police services to meet the needs of that particular place. One community might have a gang issue — fortunately we do not — and another one may have something different, but a lot of the trends I saw in Regina, we see here, too. We’re probably more fortunate in one aspect, as a smaller community, and that’s that we can often take our time. In bigger services, just because of demand, you can’t always spend the time that you’d like and need to on the files.
We were also voted in as the fifth best place to live in Canada — and it really is a great community to live in and police in. There is a huge amount of support.

Q: You completed two tours of duty as a civilian police officer in the United Nations mission in Kosovo. Can you share any lessons from this role that you carried with you to Weyburn?
This experience shaped my thinking and I realized the importance of the rule of law. When I was in Kosovo, it was shortly after the war, and there was definitely a disruption of the rule of law — things we take for granted, like vehicle registrations, government functions, parking rules. You would see spontaneous violence because of the lingering issues in a post-conflict zone. I also took away the important of working with the community because without that support, we’re really just an occupying force. You need a community connection to police because that’s what we are — an extension of the community.

Q: How is Weyburn Police celebrating its 60th anniversary this year?
We have rebranded with new shoulder flashes and we’re updating our cars over the next year or so. We held a two-day open house and that was a phenomenal turnout — we lost count after 2,000. We had tours and one constable has developed a video of our history (youtu.be/REYIk0VjToo). Donations were collected for our local youth centre — we were able to raise almost $1,400. From the feedback, the community really appreciated it. At the end of September we are also having an Emergency Services Ball, a black tie event. We’re partnering with fire and EMS and, while we’ve had ‘policeman balls’ before, maybe 20-25 years ago, I think this is probably the first time all the emergency services have come together for a ball.

Q: Anything from the force’s history that is surprising?
What’s unique about the Weyburn Police is its split service. It started back when Weyburn became a city in 1913 with Chief Const. Blaikie as chief until 1933. The department disbanded in 1944 and it went to the RCMP. Historically, no one knows why. There is a lot of speculation it was because of resourcing due to the Second World War. We haven’t been able to find any documentation, though. Twelve years later the city council decided they wanted to go back and reinstitute their own police service and so on July 1, 1957, the Weyburn Police was established again under the leadership of James E. McCardle.

Also, we were one of the first Saskatchewan services to complete in-car cameras about 18-19 years ago. One of our own, Const. Jeffery Bartsch, was the first Canadian police officer to run a full marathon in uniform and he’s still going strong with that. Weyburn Police Service was also highlighted in Reader’s Digest in the late 1990s or early 2000s, as an interesting side note, for its community policing and Reader’s Digest staff came out and did a ride-along.

Q: What would you say are the most pressing challenges for the Canadian policing community?
There’s no doubt in my mind that we are not really capturing what is happening to the Canadian economy or the true number of victims from cybercrime. A lot of these kinds of reports are going straight to banks, not police agencies. Then there are jurisdictional issues because many of these perpetuators are residing offshore. How do you disrupt them? How do you hold them accountable? The technology to work on these challenges and the costs of that are also quite phenomenal.

Q: What kinds of changes would you like to see in Canadian policing?
We’re seeing a slow evolution of policing because of the changes in technology and the demands from the communities. You’re seeing an increased need for more blending of specializations, etc. The days of small town police services trying to do it all are gone. You’re outsourcing many different things and I think bigger agencies will end up doing that, too. The boundaries of Weyburn Police, for example, and Estevan Police are blended and we work much more closely together now than in the past — just for efficiencies. I think that will expand. 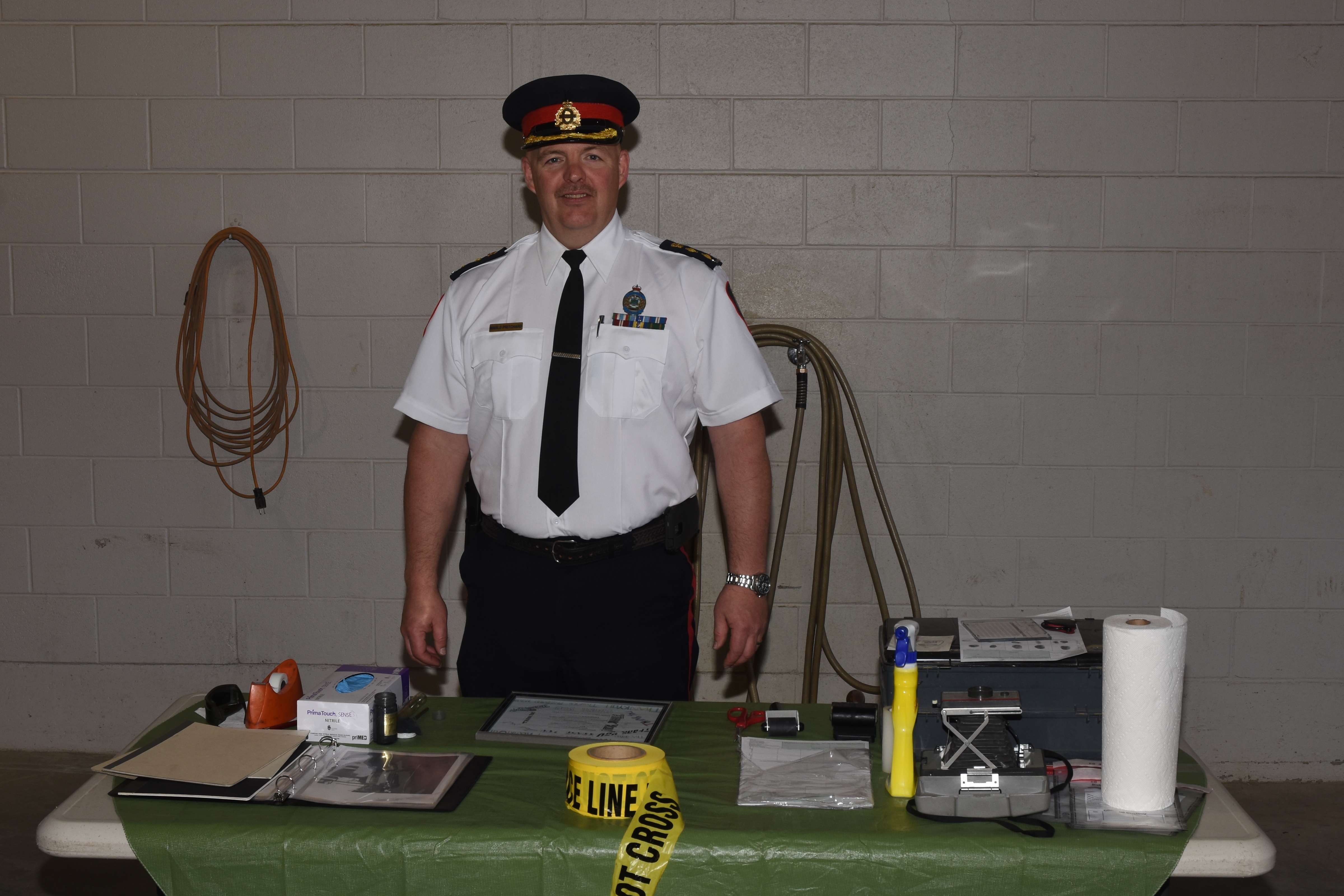