Two of the local hospitals recently amalgamated here in my hometown. It is an interesting pairing between your basic government-type psychiatric hospital and a long-term care/geriatric hospital, operated by a Catholic organization. Some years ago, the government decided to get rid of its psychiatric hospitals, so the psych hospital was handed over to the Catholic organization. Ergo these two organizations came under the same governance structure but were maintained as two different physical facilities. Although there was a degree of shared higher management, generally the two institutions retained some level of separation. But only until April 2017. 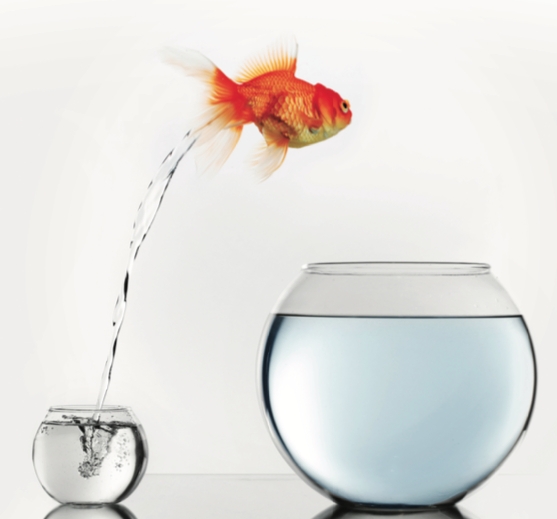 The patients and staff from these two organizations moved into a brand new shared building this spring, which houses all patients who broadly fall under the rubric of “long-term care.” This includes both people with serious and persistent mental illnesses, and people with acute physical disabilities, including those who are not expected to recover.

The two hospitals, in their former incarnations, had very different organizational cultures. It has been interesting to watch how these cultures have melded, how they have failed to meld, and in what areas there has been conflict.

While the example I’ve given above comes from the healthcare system, many of you will be familiar with instances in which the same process has played out in police services. Sometimes, it is simply a matter of two relatively smaller police organizations coming together. In other cases, large provincial or federal organizations have literally taken over small municipal ones. Sometimes this works and sometimes it doesn’t. There are a variety of reasons for conflict — the most obvious including differences in union contracts, pay scales, seniority lists, policies and procedures, etc. But equally challenging can be the issues of trying to blend two or more organizational cultures.

Interestingly, this does not only happen when two different organizations are joined. The same kinds of difficulties can emerge when one organization attempts to change its own culture, or when it had already changed the organizational culture but there remains those hard-core employees, often older and higher in seniority, who resist the shift.

What exactly is organizational culture anyhow? One might think of it as the personality of the organization. The culture reflects the shared values, assumptions and beliefs of the organization, which often go beyond the written policies. Sure, we all get a certain number of sick days per year. But are you allowed (either officially or unofficially) to take a sick day if you have a sick child? Do you use up your sick days because otherwise you “lose them?” Does everyone take a sick day when they are not sick now and then or do people only call in when they have the plague? How likely are you to rat out a co-worker? Does the organization really act like its employees are its biggest asset or, as I believe the Dilbert comic once said, are they the seventh or eighth most important, somewhere after carbon paper?

Is competition valued over co-operation in an effort to pry the best out of everyone? Is innovation a good or bad thing? (I once worked for an organization where my boss described me as “a change agent.” I thought that was a compliment. Turns out it was a condemnation.) How is power distributed and used? What kinds of behaviours are actually rewarded? Do you get brownie points for actually doing something meritorious, or are rewards based purely on hanging around forever?

So how does one change an organization’s culture? I am tempted to say (snidely), “Good luck with that.” Anyone who has been through this process knows that it is not easy. Of course, the first step is figuring out what you are trying to change.

When two organizations come together, it is often not obvious where the areas of disagreement are. For example, if you compared the contracts of the nurses at two different hospitals, you might find both specify the same number of sick days. So it might look like all is well there, but if use of sick days is pretty free form in one facility and not in the other, and a manager from one organization ends up with staff from the other, there is going to be a problem.

Curiously, it has been my experience (as one who tends to hang around at the bottom of an organization rather than the top) that senior managers seem to think: rules are clear, people abide by rules, communication is top-down and formal leaders are the people with impact. I’ve got to say it never looks quite like this to me! That’s not to say that strong leaders, clear goals and a meaningful strategic plan are not essential to organizational change. But these are not enough. You have to get the informal leaders on board. You have to make sure the reasons for the change and why it might be a good thing are made clear to the masses. You have to be able to take on the naysayers — which means knowing who they are. You have to make sure that the structure of the organization actually supports the new goals.

Then there are the human resources issues. You have to have the right people on board at all levels. Sometimes (often?) that means turfing some of the old guard and it definitely means hiring a different kind of person. If you hire the people you have always hired, you will have the organization you have always had.

And then there is policing. In just the 15-20 years I have been involved in this field, there has been tremendous need for change. I do pre-employment assessments for quite a number of police services and I am starting to see some different people come in the door. I don’t just mean different cultural and language groups; I mean different backgrounds, ideas and goals. Will they fit in? My guess is that many will struggle in a culture that was designed for another time. How will organizations support them?