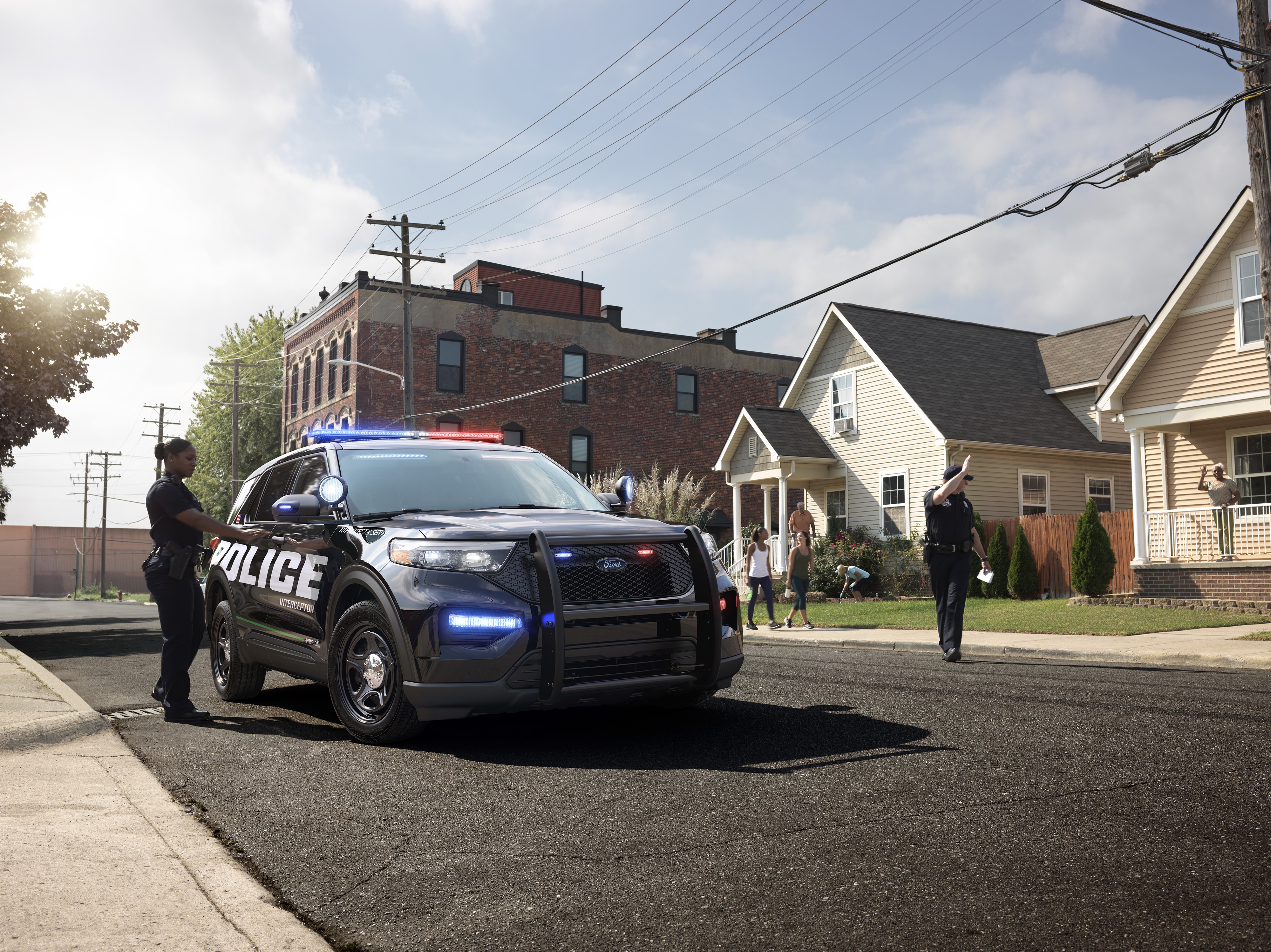 The Police Interceptor Utility platform was engineered around its lithium-ion battery, which does not intrude into the cargo area.

The all-new model also introduces a number of advanced innovations designed for officer safety. Factory-installed Police Perimeter Alert uses sensors to monitor an approximately 270-degree area around the vehicle. It analyzes nearby movement to detect potentially threatening behaviour. When such motion is detected, the system automatically turns on the rear camera, sounds a chime, rolls up the windows and locks the doors. Motion trails of the detected threat appear on the digital instrument cluster so officers can monitor.

“Officers take care of people in our communities, so we feel it’s important that our vehicles help take care of our officers,” Tyler said.

A history of outfitting law enforcement
In 1950, Ford says it became the first manufacturer to offer a police package vehicle. The Interceptor name debuted on the optional 110-horsepower flathead V8 engine for 1951.

The Crown Victoria name was given to the Police Interceptor in 1983. Its available police package featured an optional 351-cubic-inch 5.8-liter high-output V8.