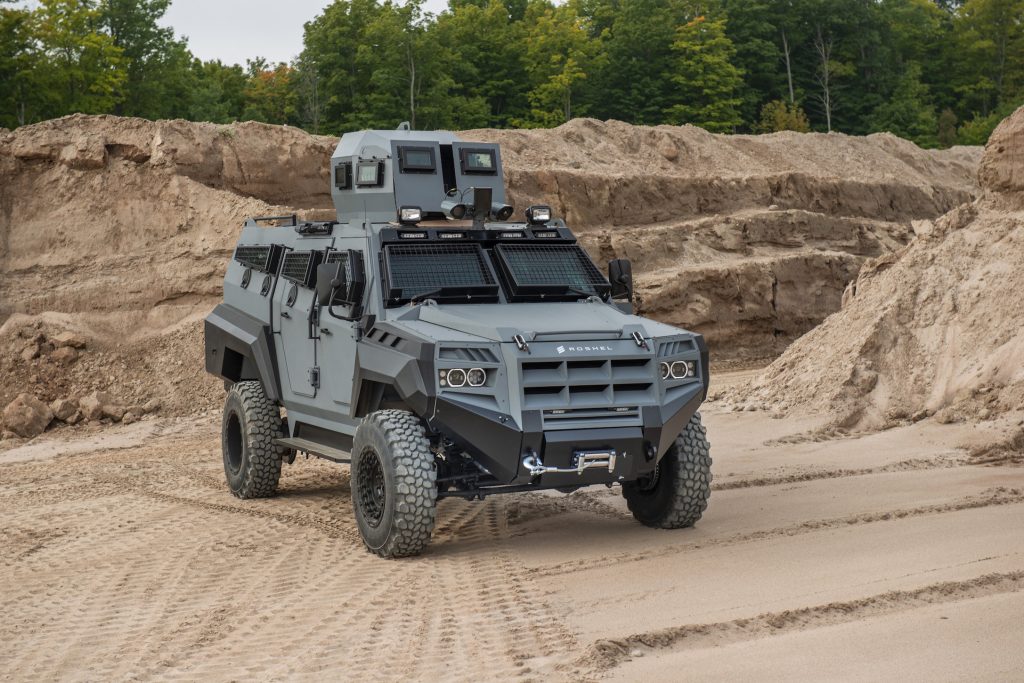 “Due to innovative engineering, along with providing a high level of ballistic protection, the vehicle remains lightweight and responsive and offers increased payload capability,” Roshel states. While being able to transport up to 10-12 fully equipped officers, the Senator Armored Rescue Vehicle “features the industry’s shortest wheelbase starting from 130 inches, which allows it to be highly maneuverable in the cities with a turning radius of 17.5 inches.”

The vehicle also features advanced built-in observation, surveillance and security systems, including a high-resolution camera with a thermal imager and long-range infrared projector, and 360-degree security cameras installed around the perimeter of the vehicle along with the two-way communication system. All collected tactical data can be transmitted through the encrypted channel to the command control centre.

The Senator could optionally be upgraded with ladders and hydraulic ramps designed for upper-level entries as well as a front plow to overcome obstacles such as fences, gates, barricades and debris.