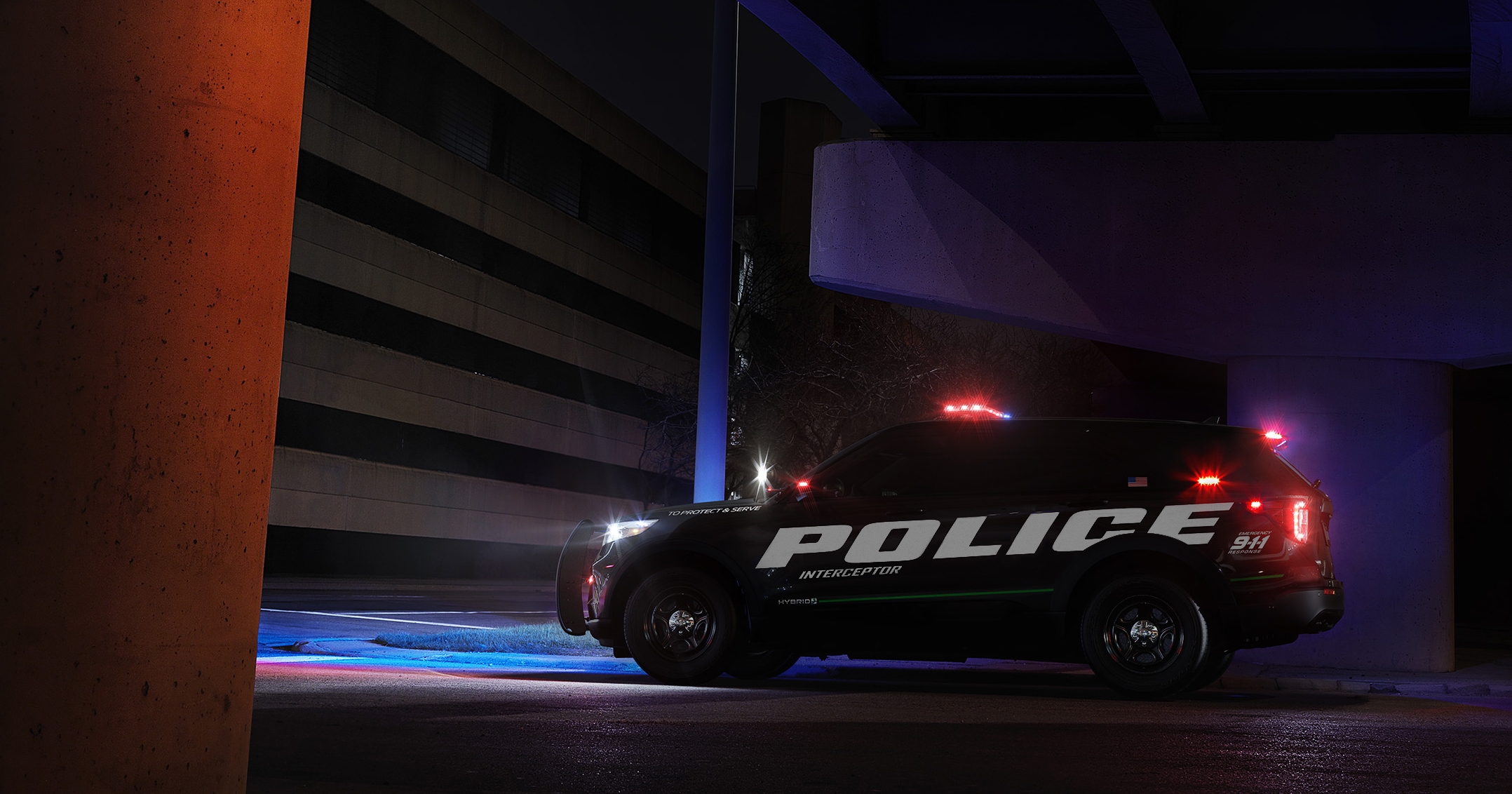 The hybrid responds to calls from law enforcement agencies for “improved performance with lower operating costs to help make the lives of law enforcement officers easier with improved pursuit performance and standard all-wheel drive,” Ford says. Its hybrid batteries are “specially placed inside the vehicle so they do not compromise passenger or cargo space.”

“We’re committed to electrifying vehicles for all customers, including law enforcement who need the high performance and low operating costs that Ford’s next-generation hybrids will excel at providing,” said Hau Thai-Tang, executive vice-president of Product Development and Purchasing. “Standard all-wheel drive is important because crooks don’t stop when it rains.”

While fuel economy certification isn’t complete, the Police Interceptor Utility hybrid is expected to have a projected EPA-estimated combined label of at least 24 mpg – approximately 40 per cent improvement over the current 3.7-litre V6.

If you applied these savings to every Ford Police Interceptor Utility sold in 2017, it would equate to more than $126 million at $2.93 a gallon, or more than 43 million gallons of fuel.

The vehicle will be built at Ford Chicago Assembly plant and up-fitted at Ford’s Chicago Modification Center. It goes on sale next summer.