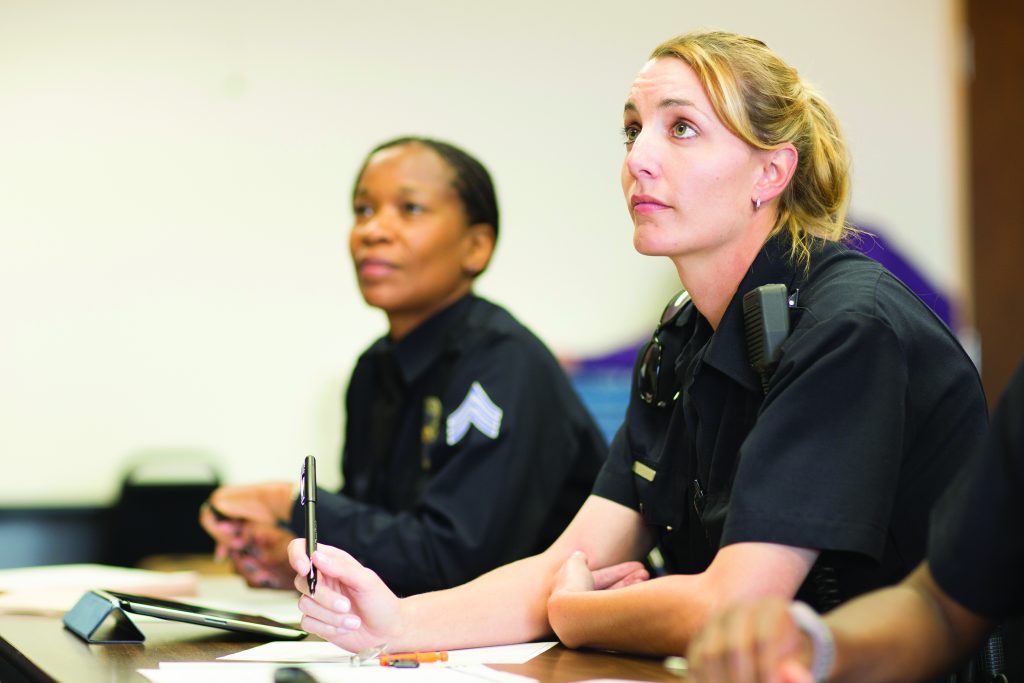 Understanding the factors that may be driving disparities

In an article written for the October 2018 edition of Blue Line, I spoke about feminist leadership and challenges facing women in policing. We know that the police culture – both then and now – is deeply rooted in paramilitary leadership, and continues to be bound by traditional leadership models. These models focus on strong authoritative leaders, leaders as individuals, leaders that appreciate power and position and are inclined to feel safe in finding common characteristics amongst one another. Those characteristics, predominantly held by male officers, set the stage for the challenges that women have continued to face in law enforcement.

In the public safety world, diversity, equity and inclusion plans have become commonplace, but have we examined whether they actually model change in philosophy and behaviour? Studies have shown that women in leadership positively influence policy and culture to result in better outcomes for community and public safety as a whole. Yet, despite these benefits, women remain heavily under-represented in policing leadership and still face biases that prevent them from advancing their careers.

In 2019, the Government of Canada launched the 50-30 Challenge to accelerate diversity and improve equity for women and BIPOC identified persons. It calls for all organizations to aim for 50 per cent women and 30 percent BIPOC and/or 2SLGBTQIA representation on their boards and in senior management. In the U.S.A., the 30×30 Initiative is a coalition of police leaders and researchers whose intention is to advance the representation of women in policing across the U.S. to achieve at least 30 per cent. Representation matters, but so do the barriers that prevent women from obtaining equity, particularly in policing.

In his contemptuous 2020 report on the RCMP’s internal culture, former Supreme Court Justice Michel Bastarache said he heard victims of sexual misconduct accuse the RCMP of allowing perpetrators to go unpunished with next to no “consequences”. Bastarache, tasked with managing the results from the RCMP’s historic sexual assault settlement, also said that the RCMP culture is so toxic, the federal government needs to conduct an external, independent review of the service’s future as a federal policing organization. Justice Bastarache also wrote “I am of the opinion that the culture change is highly unlikely to come from within the RCMP. The latter has had many years to proceed, has been the subject of numerous reports and recommendations, and yet unacceptable behaviour continues to occur.” After that report was released, the RCMP promised to stamp out sexual assault, harassment and discrimination, yet few actionable items have been enacted to support its female officers.

“Women belong in all places where decisions are being made. It shouldn’t be that women are the exception.” – Ruth Bader Ginsburg

In the Mental Health Review of the Indigenous Police Services of Ontario (2021), it was found that women officers are assigned, characterized and discriminated against in ways that are damaging to their mental health. Officers reported that, because of the perceived operational need for women to work sexual assault, child assault and domestic violence cases, they do not receive other kinds of opportunities for training or experience as often as their male colleagues, reducing chances for promotion. These predominantly Indigenous female officers are assigned a higher volume of these victim-centred cases with a greater likelihood of trauma and a larger workload associated with them, separated from each other in the workforce and offered fewer opportunities to make changes to their experience.

A recent study of a large urban police service (Jetelina, K. et al. 2020) found that women officers experienced higher levels of mental illness diagnoses, attributable to the unique stressors they experience as women, including higher levels of work overload and burnout. Female-identifying police officers experience a set of common realities; they are in a significant minority in the workforce, including leadership positions, and they experience sexual harassment, discrimination, isolation and fear of retribution should they ask for help or report prohibited behaviours, in numbers far exceeding their male colleagues.

Perhaps it’s easier in today’s more tolerant culture to write corporate diversity policies and exemplify that as the premise of organizational fairness. Increasing diversity isn’t about quotas; men and women alike are intensely against quotas for women. Men feel that they are deeply unfair, while women are insulted at the idea of tokenism or being perceived as getting promotions only because of their gender. Fair isn’t everybody getting the same thing. Fair is seeking out and removing obstacles so that people can get what they need in order to be successful. There are barriers embedded within the culture, and advancing policy for policy sake does little to change things.

We need to understand the factors that may be driving disparities; developing and implementing strategies and solutions to advance women in policing without relying on women to make the change. Leaders who have grown within an organization full of systemic barriers have to recognize that change means ensuring their culture is educated, inclusive, respectful and supportive of women in all ranks and roles. If we want tangible change to occur, or even begin to keep pace with advances seen in the private sector, we need to go beyond policy and examine barriers to promotion, retention and culture in specialized teams, how we accommodate pregnant officers or those returning from maternity leave, reactions to harassment and sexual misconduct and include women in these decisions.

Monique Rollin is a retired inspector with the Sault Ste. Marie Police Service and is now a policing consultant. She holds an executive position with OWLE and is Vice President/Director of Training with Canadian Critical Incident Inc.

Related
Policing and mothering: The combined challenges of work and home
Changing what power looks like in the workplace
AWLE pres: “The first Staff Sgt. Nichols in the family…” • VIDEO
Room size versus rapport