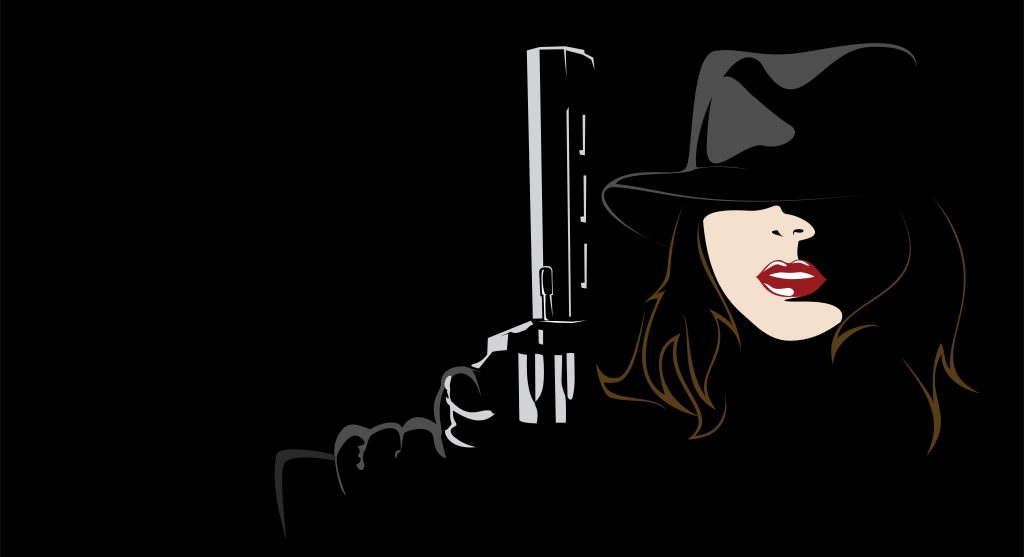 Recognizing the importance of the females in the gang dynamic

Gang activity is a complex and enduring issue in society, one which poses an ongoing threat to public safety across Canada (Northcott, 2018). Despite law enforcement efforts to suppress, disrupt and prevent gang activity, many groups have adapted to evade police detection and continue to avoid a breakdown of their networks (CISC, 2019). As such, an in-depth examination of the varying facets of gang life and operations is beneficial to understand ways in which to combat and prevent such activity.

Among those connected to gang activity are the female partners of gang members. The present study found that gangster-girlfriends (GGs) are good for a range of purposes, tasks and roles which often hold significant weight in gang operations. Even so, females remain on the periphery and are not considered ‘core’ gang members. The unique roles, involvements, and related implications for police work as it pertains to GGs remain relatively under-researched (Gottenbos, McConnell, & Bain, 2018). The present qualitative study conducted in British Columbia sought to explore the phenomenon of GG relationships, including dynamic interactions, roles, barriers and challenges associated with police work. The information included in this article is a brief snapshot of the full results, focusing on data that specifically pertains to police work and interactions with GGs in the field.

The results from this exploratory study were derived through in-depth interviews with experienced police members in B.C. Participants were interviewed on various topics related to gangs, gang relationships and interactions with GGs during the course of police duties. The participant sample included n=9 police members with specific knowledge and experience working with gangs, gang members and the female partners of gang members. Data was analyzed and organized using interpretive phenomenological analysis.

The roles of GGs can vary depending on multiple factors, usually contributing in some way to the benefit of a gang member or the gang group. As noted by participants, certain key roles of GGs include some of the commonly known stereotypical involvements: holding items such as weapons, cash, drugs, phones and renting vehicles, residences and hotels under the female’s name. Participants also discussed some specific roles and involvements they have seen. A key example is how the presence of GGs plays a role in gang recruiting tactics. One participant described how gang members have started showing up to lower mainland high schools driving expensive cars and flaunting their girlfriends along with large sums of cash and designer items. Since one of the “selling-points” in gang recruitment is the “promise” of pretty women, GGs can aid in creating the image that gangs try to sell to young hopefuls.

Another notable way GGs aid their male counterparts is by conducting what is known as “homework”. Using their often much more extensive net of social connections, GGs can find out key pieces of information on the whereabouts and activities of rival gang members and associates. By supplying such information to her gangster boyfriend, females may be – often unknowingly – contributing to a chain of events that leads to a serious criminal event. In all, the roles of young women who date gang members range in terms of the level of involvement, level of knowledge of what they are contributing to and the degree of actual willingness. The research results established that these factors can be arranged on a spectrum from a low degree of knowledge and involvement to an active and willing degree of participation in gang business. Roles were also noted to vary based on the rank of the gangster-boyfriend and which gang he belongs to. In any event, recognizing and understanding the roles and involvements of GGs is a critical component for police detection, disruption, enforcement and prevention.

Presence and level of involvement in police encounters

There was consensus amongst participants that GGs are commonly present at the time of a police contact, particularly when contact occurs in “social” settings like bars, clubs and restaurants. GGs were also noted to be frequently present in other contexts, interacting with police during roadside-checks or at the time of a specific call for service. One participant used the term “constant fixture” to describe the presence of females alongside their gangster-boyfriends. The results indicated that GGs are often directly involved and present in police encounters, and as such, there are important considerations to make.

One aspect the research sought to explore was how involved GGs become in police encounters. The results showed that the level of involvement of a GG depends heavily on the context of the encounter, her gangster-boyfriend’s rank and affiliation, and any perceived gains or losses. Participants explained that in a larger group setting, GGs may be more inclined to talk back to police or become verbally involved, versus in a situation where the police are dealing with a couple one-on-one. It was noted that GGs may later receive praise or clout for their verbal responses to officers, which can be seen as a gain. In contrast, perceived losses would include negative attention from police, be it arrest, detention or a search.

Participants described the importance of police awareness of certain verbal and non-verbal cues, both in contrast to previously documented encounters with the same individuals, as well as isolated to a given encounter. For example, a strong reaction and response from a GG could be a means of detracting attention from the boyfriend, and vice versa. One participant explained how he learned to watch for body language and cues that a gang member may be giving his girlfriend on how to act and when to speak. Picking up on such cues allows police officers to critically analyze a situation and can influence the way they proceed in the encounter.

Challenges, barriers and limitations for police

While exploring topics related to the presence and involvement of GGs in police encounters, participants acknowledged and described some of the common challenges and barriers that are faced in the field. At times, important things can go unnoticed, underestimated or missed. The research found that one issue is the hyper-focus on male gang members, effectively diverting attention from their female counterparts. GGs can fly under the radar more easily, particularly when police officers rely on preconceived opinions on who to direct their attention to.

Participants described how GGs have been successful in their ability to hide contraband during roadside checks, upon entry into bars and clubs, and even during the execution of warrants. As such, paying close attention to all involved parties is crucial. In connection to this point, participants noted a particular challenge for police – executing identification (ID) checks and recording names in reports. Consistent documentation of GG names in police records and reporting was noted to be lacking. This was attributed in part to the hyper-focus on males, as well as the social custom of last name changes in the event of a marriage. Participants explained that better documentation and ID checks would create more reliable data and give police members a better idea of the level of involvement of a particular female. Further, police can then use such information to implement strategic efforts to help GGs to exit gang relationships.

One other barrier in police encounters with GGs was noted to be the “image” portrayed by police uniforms. Participants explained that GGs oftentimes have negative preconceived notions about police and distrust towards authority. This can be a result of many things, including personal beliefs, a history of trauma or negative connotations about police ingrained through association to her gangster-boyfriend. As such, one participant emphasized the importance of initiating follow-up meetings with GGs whenever possible. Making an effort to follow up with a gang-involved female can allow police members to show themselves without a uniform on and help reinforce gang relationship exiting strategies and support.

This article has served as a brief overview of some of the unique challenges, dynamic factors and important considerations pertaining to police work and the phenomenon of gangster-girlfriend relationships. These results highlight some areas of policing where policies, routines and training practices may benefit from being reassessed and revamped to improve outcomes.

As demonstrated by participant accounts, even small changes and attention to certain defining details can make all the difference in police interactions with gang members and their girlfriends. It’s hoped that the results from the present study can spark conversation and continued research into this topic, and related topics, to contribute to a comprehensive and up to date understanding of police work around gangs.

Future studies on police perceptions and accounts of gangs and gang relationships from other parts of Canada would be an excellent addition to the findings of the present study. Such continued research could prove beneficial to developing a framework for specialized police training, as well as illustrate contextual differences between provinces and territories. Studies such as this support the demand for up-to-date and critical pieces of information related to the operations of gangs and their evolving nature, effectively supporting gang prevention, intervention, exiting and disruption tactics.

Zoe Parro has a BA Honours degree in Applied Criminology with plans to complete a MA in the future. Her background includes a variety of volunteer work within community policing settings and work in hospitality and security. At present, she is working a civilian member role with a police agency in B.C. prior to applying as a uniformed police officer.