Features
Policing and mothering: The combined challenges of work and home

To say that police officers who are mothers have “a lot on their plate” is to put it mildly. Our research on the experiences of these women — who we have come to call “police mothers” —  speaks to the systemic disadvantage that these women face. 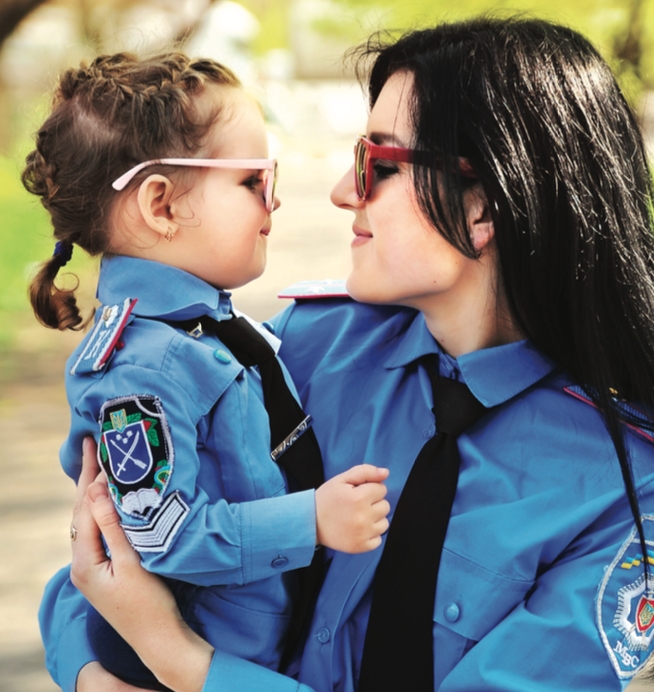 Further, how do police mothers’ home lives figure into their day-to-day lived experience? Through exploratory in-depth interviews with 16 police mothers in Ontario, and later with an additional 52 Canadian police mothers, we learned about the unique challenges that these women experience at work and at home.

On the job, they described having to do twice the work to get half the recognition their male colleagues received. They felt pressure to work harder to prove that they could be successful in the ‘policeman’s world’, a pressure that made many of them feel like second-class citizens. They experienced a police culture that scripted different expectations for male and female officers, a situation that was amplified through the strong “boys’ club” culture within their services. Proving themselves was necessary in two realms — by showing physical strength and by suppressing emotions.

Becoming mothers highlighted the importance of separating work and family within the police culture — police mothers felt that pregnancy is seen as a liability. They did more than carefully plan when they would get pregnant; they also thoughtfully planned the announcement of the pregnancy because of the differential treatment they received upon disclosing. They resented the assignment to stigmatized light duties that made them feel like they were on the disability list.

During maternity leave they were sometimes called upon to fulfill duties that were unpaid and stressful, like attending court and not being able to take a nursing newborn. Upon returning to work, some women were demoted and felt they had to reprove themselves, a situation that had serious implications for promotion possibilities. Even when family-friendly policies were in place within services, many police mothers would not take advantage of these when their kids were sick — again, because of the negative consequences that would result if they were to do so.

By also questioning their experiences at home, we came to understand how the challenges of work combine with the challenges at home to create very intense, stressful situations for police mothers. It is often assumed nowadays that women and men, generally speaking, share the majority of household work. But our research revealed that, even when they are married to other police officers, police mothers do a “double day” in that they are responsible for the “lion’s share” of domestic labour.

Their “to do” list is overwhelming! They do the overall management of the household, cooking, cleaning, finances, childcare (and/or the responsibility to ensure child care) as well as scheduling and oversight of the details of day-to-day family life, a task that is also now done remotely by smartphone, making it inescapable.

Our study also revealed how police mothers’ very real up-close-and-personal experiences with dangerous and abhorrent situations foster how they parent. We termed this “danger protection mothering practices.” They take precautions (for example, “No boy babysitters, no sleep overs”) and they draw on their experiences in the field to construct stories for their children’s consumption, trying to prevent the victimization of their children and to prevent them from becoming offenders.

In this way they differ from other mothers who are often operating only on assessments of risk — police mothers know the score, many of them became cynical because of their evidence-based experiences. They also use their training as police officers to interrogate their children about things like what happened at school (what one mother called “inquest on bathroom time at public school”).

So, why do these findings matter? For both male and female officers, stress (and the traumatic results that can stem from it) can often be attributed to mental illness and/or PTSD that has resulted from the operational contexts of emergency-response work.

Our study is important because it provides a sociological analysis of police mothers’ experiences that attends not only to the operational context, but also to the organizational structure and the occupational culture of policing, and the home lives in which police mothers parent and perform domestic labour. In this way, we provide a multi-faceted understanding of how stresses combine, and impinge upon, police mothers.

We urge police services to be receptive to studies like ours which foreground the voices of police mothers and the challenges they face. Our research underscores the importance of changing the culture within services — the norms, beliefs, values and attitudes — to better support police mothers. Our findings speak to the important role that senior officers play in leading changes to the culture within a police service.

The next phase in our research explores the impact of specific services’ occupational cultures and organizational policies and procedures on female police officers’ experiences with recruitment, retention and promotion. Our preliminary findings reveal that services need to recognize that gender matters.

Women cannot be brought into a service and then encounter policies and practices that are inattentive to gender; there must be more than token efforts to include women. Current policies that are purported to be gender-neutral do, in fact, benefit men, by reproducing the dominance, albeit unspoken, of the male officer. For example, as previously described, because motherhood often results in a lack of opportunities to acquire the competencies needed to be successful in the promotional process, it is important to create policies that ensure women will have access to a range of work experiences so that they can be eligible for promotion.

For access to the two publications on this research to date (Canadian Police Mothers and the Boys’ Club: Pregnancy, Maternity Leave and Returning to Work; and Police Mothers at Home: Police Work and Danger-Protection Parenting Practices), please email dlangan@wlu.ca.

Julie Gouweloos, PhD candidate, is a research associate in criminology at Wilfrid Laurier University, also at the Brantford campus.