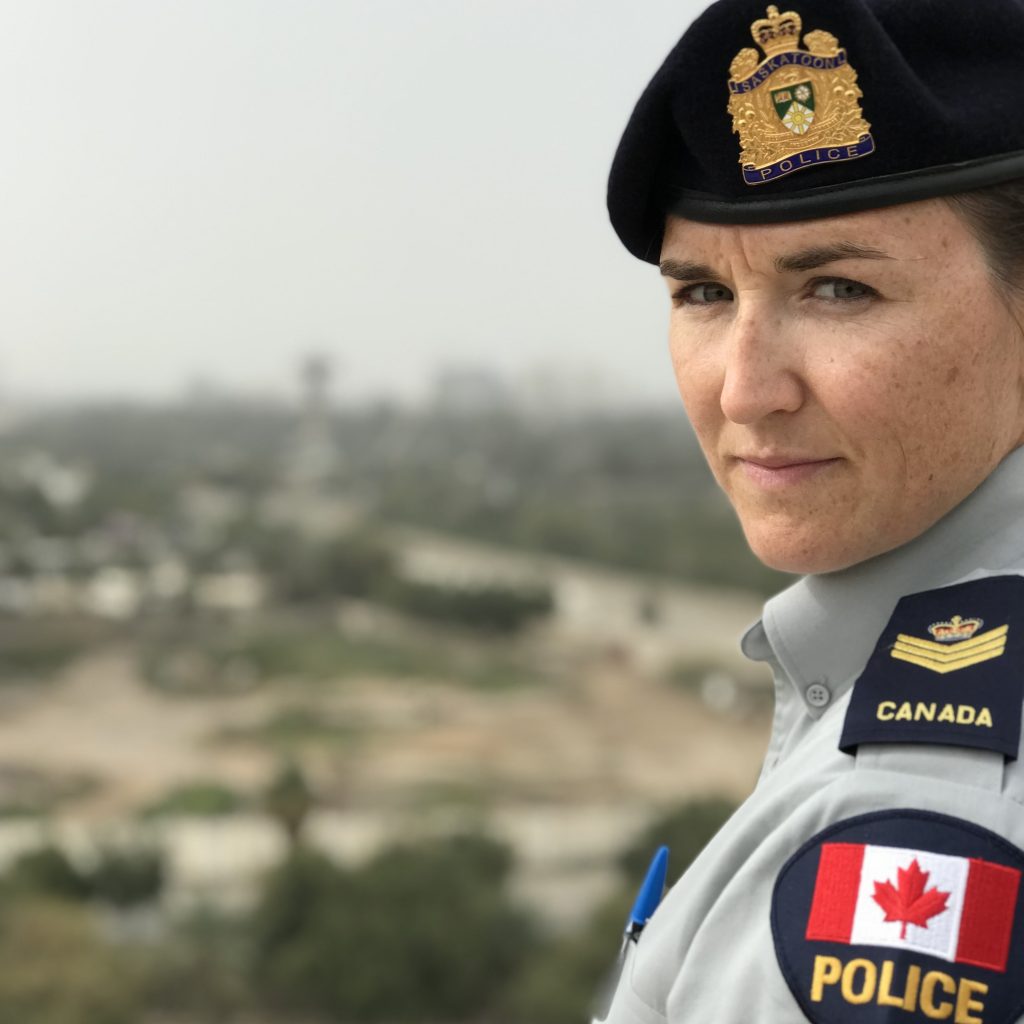 The RCMP notes Canadian police officers deployed to the Police Task Force – Iraq Training Unit provide key training to the Government of Iraq civilian security entities, including federal, provincial, local and specialty police agencies. The primary focus of the Canadian police instructors is on community policing topics, as well as the enhancement of both negotiation and de-escalation capabilities.

Coates is a 19-year member of the Saskatoon Police Service. Her education includes a Bachelor of Science degree, majoring in criminal justice with a minor in sociology. In the course of her law enforcement career, she has worked with the Integrated Drug Unit, Integrated Proceeds of Crime Unit, Sex Crimes Unit, Divisional Section within Patrol, and the Major Crime Unit.

“We are very proud of Erin and of all of our police officers who are deployed in Iraq,” said RCMP Comm. Brenda Lucki. “The work they do enhances the capacity of the Iraqi police and security agencies to engage all aspects of the communities they serve, including women and children.”

Inclusion of women in the security sector builds capacity, supports stabilization efforts and enhances legitimacy and trust as it reflects the communities in which they serve. Coates was part of the team that enhanced and implemented a Female Policing Course for female Iraqi police officers, which included leadership development, human rights and benefits of a gender perspective in policing operations.

Since Coates’ deployment, two other Canadian female police deployed to Iraq, one working with Coates in the training unit and the other as the gender advisor of the CJTF-OIR and Canadian Contingent Commander.

This year marks the 30th anniversary of the RCMP’s participation in peace and stabilization operations.