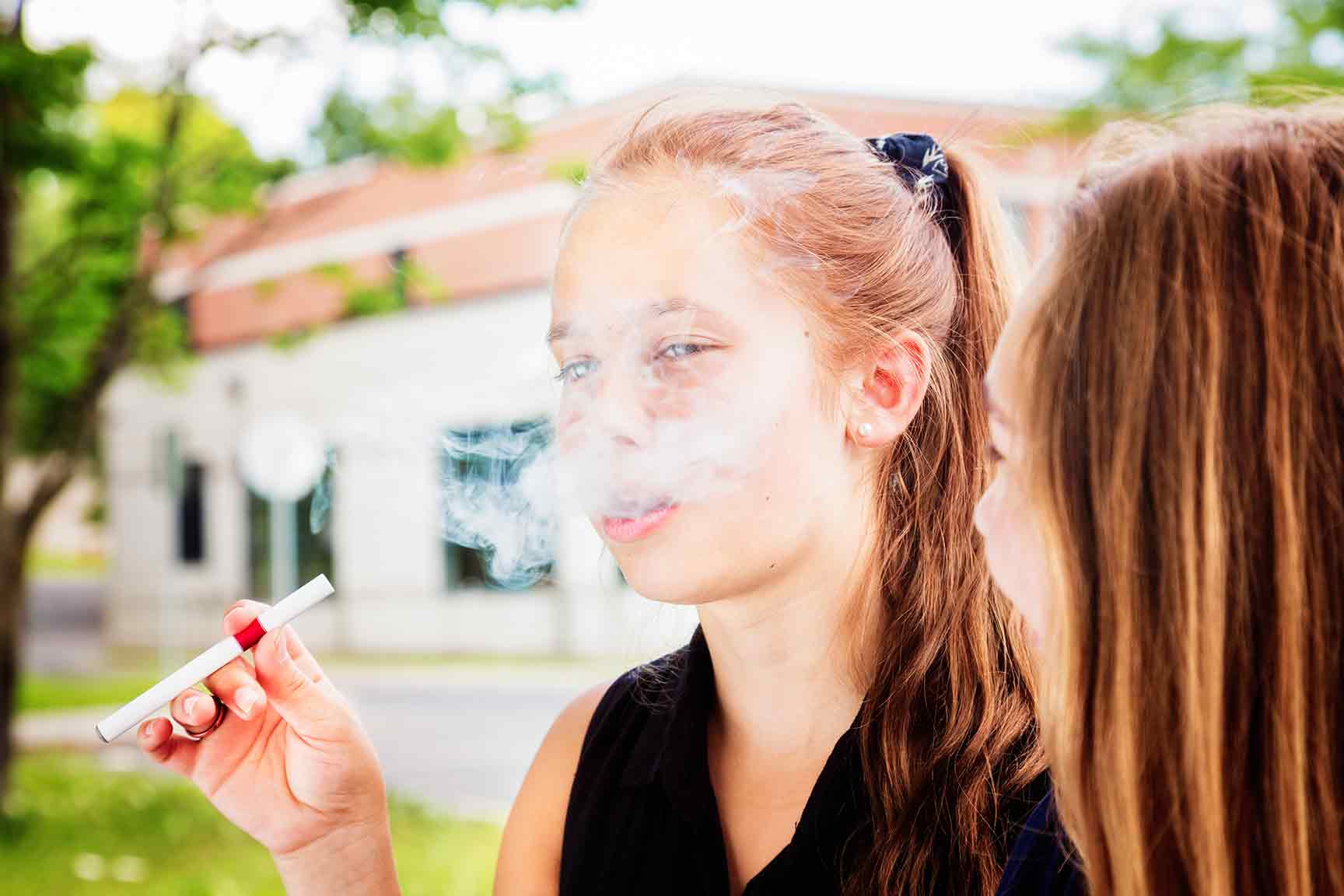 The Edmonton Police Service (EPS) School Resource Officer Unit says it is partnering with the University of Alberta Faculty of Nursing to bring attention to the growing issue of youth vaping and flavoured nicotine use in schools.

“We’re seeing a dramatic increase in vaping among teens in junior high and high school, even pre-teens in elementary school are trying out their older siblings’ vapes,” says Const. Joshua Maeda, the EPS School Resource Officer for M.E. LaZerte High School. “It’s very disruptive to the school environment; I’ve seen numerous students get caught and suspended for vaping in school, and this year I’ve seized close to 50 vaping devices with vape juice totalling over $1,500.”

While Edmonton schools report anecdotal evidence that student vaping is on the rise, a new study published in the British Medical Journal in June 2019 found a 74 per cent increase in vaping among youth aged 16 to 19 in Canada from 2017 to 2018. Health Canada reports 23 per cent of students in grades 7 to 12 have tried an electronic cigarette.

“The main reason teens start to vape is because of the flavoured nicotine, which not only tastes good, but gives them a head rush that feels good,” says Nancy Barnes, registered nurse and lecturer with the U of A Faculty of Nursing. “But the effects of nicotine and vaping are toxic to a developing brain and body, so we have to take action before the nicotine addiction kicks in.”

This summer, EPS says officers will be visiting vape retailers to speak to owners about the problem and check for compliance to regulations. Shops breaching the law will be issued warning letters, and subsequently fined if they do not comply within the given time frame.

“Most underage users report purchasing their vaping products illegally from vape shops or convenience stores after seeing vaping advertising at the locations, which contravenes the Alberta Tobacco and Smoking Reduction Act,” EPS stated in a media release. “Under the Act, it is illegal to sell to minors, to sell any flavoured product containing nicotine, and to display or advertise any tobacco or nicotine products.

Later in the fall, U of A Nursing students will be working with Edmonton schools to educate teens on the health risks and consequences of vaping through a series of presentations and distribution of resource materials.

“The placement of vaping products into the same category as tobacco is a puzzling move given that the Alberta Tobacco and Smoking Reduction Act makes no specific reference to vaping,” says Shawn Kreger, former president and current board member of the CVA. He is also the owner of Edmonton-based River City Vapes, which has been operating three specialty vape shops and a production facility since 2013. “In fact, public health campaigners and the City of Edmonton have been lobbying for provincial legislation because they argue that federal legislation which restricts the promotion and advertising of vaping to reduce the appeal of these products to youth does not go far enough.”

As a vape shop owner and anti-smoking activist, Kreger says he is “dually and deeply affected” by these efforts.

“Before we jump to solutions and start doling out punishment on well-intentioned small business owners, we need to have a clear and shared understanding of the legal parameters and the problems they aim to address.”

CVA is a registered national, not-for-profit organization, founded in 2014.