It is no secret that assaults on correctional officers in Canada have increased significantly over the last few years. This rise may be attributed to a number of factors such as generational specifics of inmate population, overcrowding and recent changes to institutional policy and procedures. 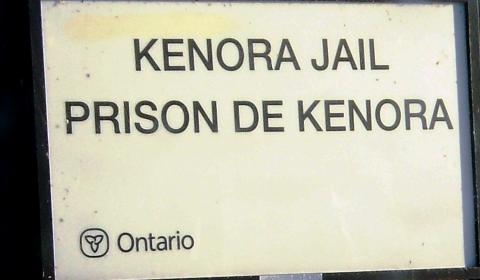 According to a Vancouver Sun article from October 2018, the number of assault-on-staff incidents are projected to rise 32 per cent over the next fiscal year across Canada, coinciding with a projected 15 per cent decrease in segregation bed use during the same time period. More specifically, that same article pointed to a Corrections Canada report published in February 2018 that predicted an increase in minor and moderate assaults on staff at federal prisons in British Columbia for the 2017-2018 fiscal year.

According to the Workplace Safety and Insurance Board of Ontario, 219 injury claims (attributed to assaults) were filed by correctional officers (COs) in 2017. This is consistent with assault-related workplace injury rates reported by COs in other Canadian jurisdictions. A recent and most disturbing such incident was that of a CO taken hostage at Kenora Jail in September 2018 during an offender stand-off that lasted several hours.

Although there continues to be a significant gap in statistical research and literature with respect to assaults on COs and the effects of these assaults on the officers’ well-being, a number of recent studies have shown that the impact is significant. For example, a 2012 study was conducted by doctorate and master’s candidates at the Edith Cowen University in Australia on causes and effects of physical injuries to prison officers employed in a high risk and high need offender management environment. It confirmed assaults on correctional staff resulted in a high percentage of low morale, family unrest, mental and physical health issues, and loss of confidence among those officers.

The alarming and continuous rise in the numbers of assaults on Canadian COs needs to be of concern not only to the correctional community, but also to the public in general. As COs constitute an integral part of the law enforcement team in our country, as a society, we need to concern ourselves with their well-being and provide the necessary support in an attempt to reduce institutional assaults.

Many jurisdictions in and outside Canada report a decrease in overall societal violent crime, yet we fail to rationalize the increase in violent activity inside our correctional institutions. We may be locking up violent offenders but staff inside these institutions are increasingly more at risk. Why are we not talking about that?

In the case of Canada, a further complication is a lack of clear and transparent reporting of these assaults. More accurate information provided in a timely manner will only serve to increase our ability to study and understand these trends. With that understanding, we can formulate policies and provide training to frontline staff that will hopefully reduce injuries and therefore increase productivity and safety.

Elina Feyginberg worked for Ontario Corrections between 2003 and 2012. She is currently working as an executive at an insurance firm and owns a corporate health and safety training company as well as a non-profit that promotes education for PTSD among correctional officers and first responders. Elina is continuing to further her education in the field of addictions and mental health.
Print this page

Related
Corrections — you can leave the job but it never leaves you
Who are society’s forgotten cops?
Forecasting gang related activity
Use biopsychosocial approach for disciplinary matters