Features
Keeping girls out of gangs

For several years, Det. Anisha Parhar worked in covert intelligence in British Columbia where she heard many haunting things, but it was the conversations of gang member’s wives and girlfriends that served as a catalyst for a new endeavor she and fellow Det. Sandy Avelar are piloting this fall. 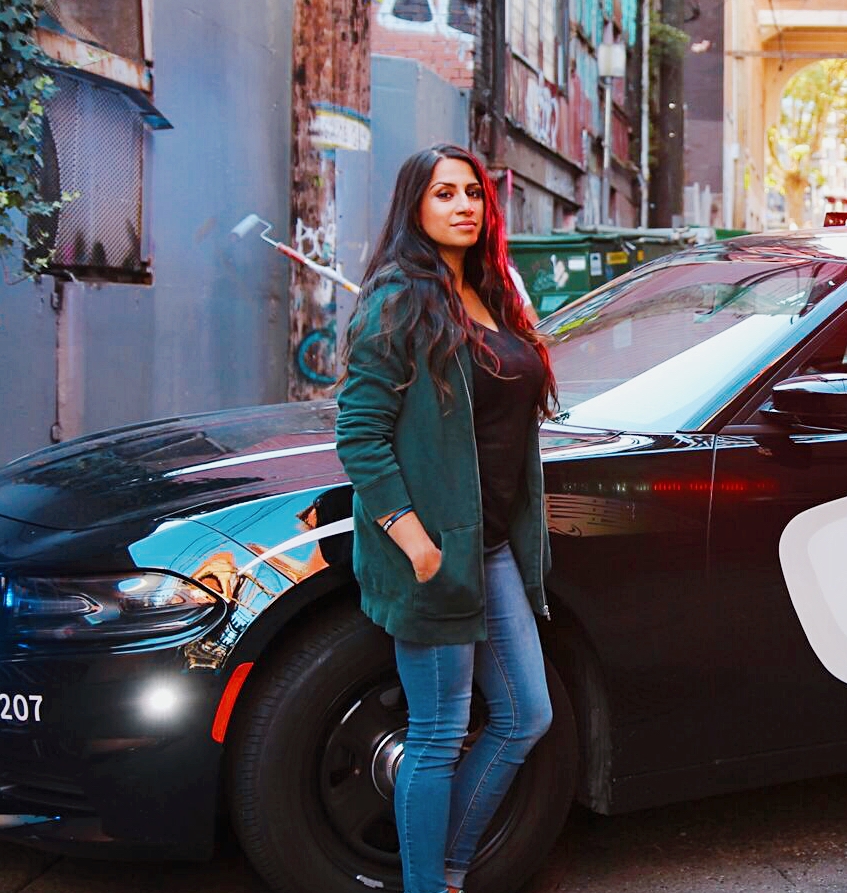 It’s called Her Time… and it will make its debut to a handful of B.C. schools under the umbrella of Odd Squad Productions, a non-profit started by Vancouver police officers in 1997 with a mission to educate youth about the dangers of drug use and criminal behaviour, including the slippery slope of gang involvement.

Her Time… is a two-tiered initiative — “reactive and proactive,” Parhar explains — and is tailored to reach young women and high school girls who are at risk of becoming involved in gangs or who are already tied to one.

“Her Time… is something I’ve wanted to do for a long time,” says Parhar, who works in a gang crime unit alongside Avelar in B.C.’s lower mainland. “In intelligence, I experienced an angle of policing many officers are never exposed to. You’re listening to these guys and girls when they think no one is listening and you really see the raw and human side of these people. I heard a lot of abuse and a lot of instances where the girlfriends would take the fall. I was introduced to the whole culture of it.”

Hearing that vulnerability through the static — “when they’re calling their other girlfriends and telling them about what the gangster boyfriend is doing and how they really feel” — made Parhar want to do more.

“These girls don’t even know where to turn, and there are resources in place, but it’s not always the most approachable thing for a young female that is scared and stuck, and maybe doesn’t have positive female examples. This is where Sandy and I thought we could step in. We’re both really into fitness and the outdoors. So Her Time… is big on getting out there and being healthy, having fun and realizing you can buy your own Louis Vuitton purse; you don’t need to be dating Joe or Jack or Bob to do so.”

Her Time… seems to be the only female-specific gang awareness and prevention program of its kind in Canada, according to Doug Spencer, an Odd Squad gang expert and former VPD constable.

“All of us here at Odd Squad agree something like this is long overdue,” Spencer says. “We focused on the issue years ago with [Vancouver Police officer] Dawn Richards and it was powerful. In our talks today, we try to touch on girls in gangs and the reasons they are attracted to the lifestyle. The concept is a no-brainer and it’s a conversation so badly needed out there.”

According to a 2015 B.C. Combined Forces Special Enforcement Unit (CFSEU-BC) community report, a gang-related homicide or attempted homicide occurs every 10 days on average and over a 10-year period the province witnessed 15 female victims of gang violence and 35 mass gang shootings (involving multiple victims of gun violence at one location) claiming 85 victims.

“In the last couple of years alone, there’s been six wives or girlfriends murdered out here,” Spencer continues. “Three of them in front of their very young children. It’s just getting ridiculous. They’re normal girls… They just don’t understand the risk.”

In fact, during the week Blue Line spoke with sources for this article, four people died in the Metro Vancouver region, including a man and woman who were killed in Langley, B.C. Police said at least one of the attacks was drug related and one victim was known to have gang ties, according to media reports.

Unfortunately, a wealth of information and statistics in regards to young Canadian women and gang association isn’t readily available.

“Historically, young women have remained relatively ‘invisible’ in the gang literature for a variety of reasons, including: a primary research focus on male gang activity; offending, violence and gang membership being regarded as male behaviour; and limited police attention paid to female gang membership,” reads Public Safety Canada’s May 2017 report, Youth Gangs in Canada: A Review of Current Topics and Issues. “Further, given the limited amount of research conducted on gangs in Canada in general, a specific focus on females and their experiences in gangs is even less frequent.”

The study goes on to reveal it was estimated six per cent of Canadian gang members were thought to be female in 2002, ranging from a low of three per cent in Ontario to a high of 12 per cent in British Columbia.

“However, because women are less likely to be arrested by police, it is possible that these figures are underestimated,” it states, adding that Michael Chettleburgh, a recognized Canadian expert on street gangs, says the true number may be closer to a third of all gang members.

Additionally, a 2008 research paper from the British Columbia Ministry of Public Safety and Solicitor General suggests, “the number of female gang members is higher now, as sources indicate that female gang involvement in Canada has been on the rise.”

Her Time… is still in its early stages. When Parhar spoke with Blue Line, she and Avelar were in the thick of filming segments and gathering female ex-gang members to serve as presenters. The detectives plan to incorporate a hefty dose of physical activity and organized sport into its agenda, and will target both high school and post secondary age groups.

“High school girls are the ones who are more impressionable and they’re being recruited at that age because of their insecurities. We want to say: these are the things that could happen to you,” Parhar says. “At the post secondary level, we have our more reactive approach and are dealing with girls who are most likely already in relationships, so our chat will serve as a resource, handing out our information so they can reach out to us — the females in the gang squad — because many, we find, are too intimated to talk to the men on the job.”

The project is named to encourage autonomy, curiosity and open-endedness, which is why it includes the ellipsis. Parhar and Avelar say they will present as “one of the girls,” leaving the uniforms behind for a more powerful impact.

The detectives hope the project will also serve as a wakeup call to other police officers across the country.

“By doing this, Anisha and Sandy are opening up a whole new world for police departments to get to these young girls before they get themselves in this dilemma,” Spencer notes.

“A lot of times, as officers, we go for the guy that has the gold chains, baggy jeans and who’s driving the tinted-out car, and we ignore who’s in the passenger seat,” Parhar says. “What we’re seeing now is these girls, with no previous criminal history, are carrying firearms in their purses and they end up taking the fall. A lot of them are students or waitresses, we’re finding.”

She asks her fellow officers to keep it in mind that the girlfriends may not only be involved in gang activities, but they may be involved unwillingly or participating because of pressure.

“It’s not only about carrying weapons. It’s the fact that they do sit in those passenger seats, next to the boyfriends that are showering them in gifts and money, and when they’re targeted, it’s the girlfriends who end up being sprayed with bullets.”

It can be as easy as taking one extra step and talking to these girls, Parhar adds.

“Pull them aside, too, and let them know they’ve put themselves in a dangerous situation. Sometimes, for one person, that little comment is enough,” she says.

“Taking the time is huge. That’s something Sandy and I make sure to do. We always search the girls, as well as the guys, and you end up finding out a lot in just a five minute conversation.”