Features Off the Shelf
Vancouver’s Women in Blue by Carolyn J. Daley 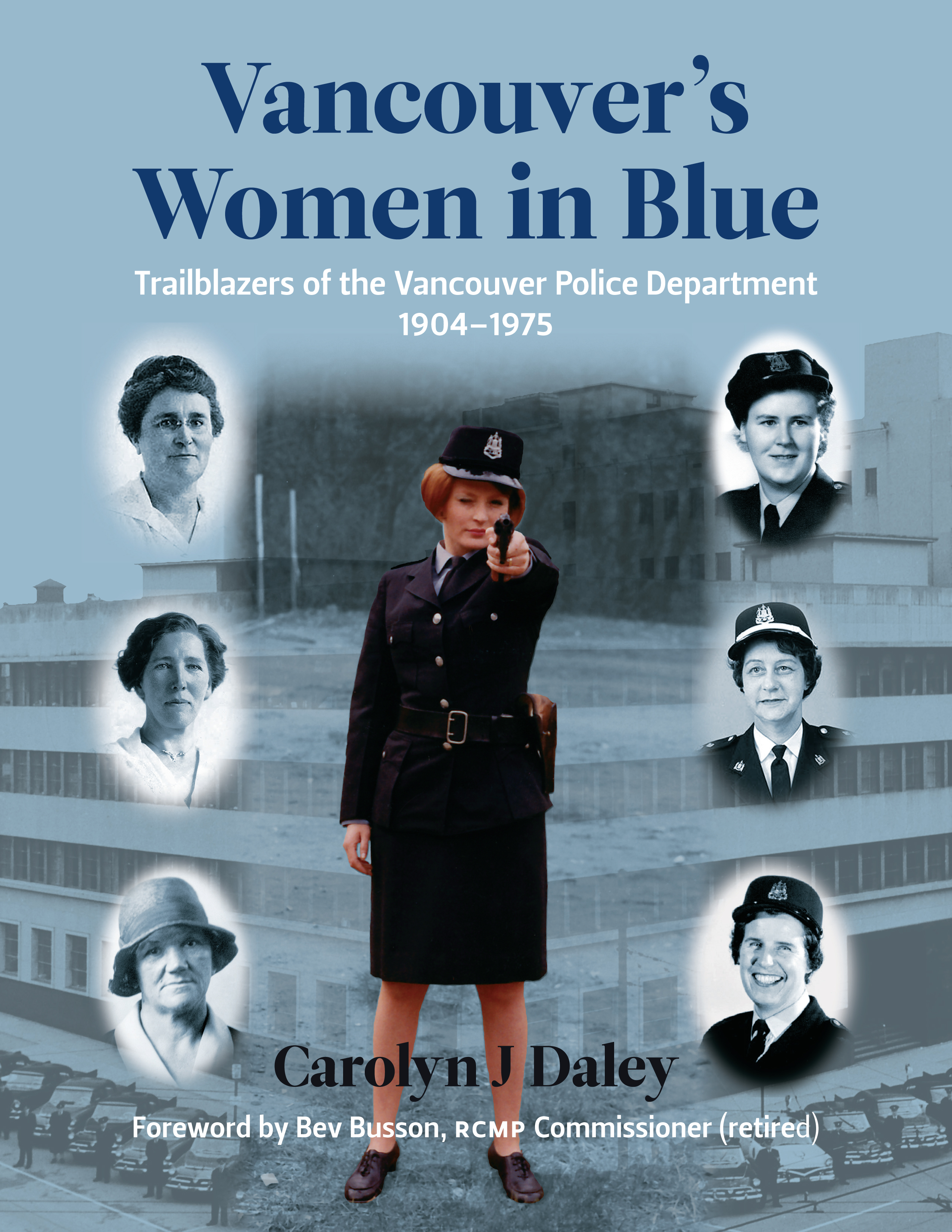 An excellent read; former Deputy Chief Const. Carolyn Daley’s history of the women in blue in the Vancouver Police Department is a story that needs to be told.

From the first appointment of a woman to the Vancouver Police Department (VPD) in 1904 up to 1975, Daley has chronicled the names and histories of women in the VPD. Having spent 28 years in the force during which time she reached the level of deputy chief constable, she is in a unique position to tell of the many challenges faced by women in policing.

She details the gender-based double standards women in policing often faced. However, she also speaks in support of the daunting Police Officers Physical Abilities Test (POPAT) on the basis that it was (and still is) fundamental that police officers, both men and women, are equally capable of meeting the physical demands necessary for policing.

In her extremely impressive history, the former deputy chief takes her readers through the historical transformation of the VPD into a more gender-friendly era during her 28 years with the force. A true success story in her own career, Daley’s account makes ample reference to other female officers who have enriched the VPD. As an aside, she also includes a somewhat lengthy history of Simma Holt, a well-known Vancouver journalist, who was an early supporter of more women in policing. A must read.

Related
AWLE pres: “The first Staff Sgt. Nichols in the family…” • VIDEO
Keeping officers’ eyes on the road and hands on the wheel
Transforming Community Policing by Hugh C. Russell
To Guard My People by Jack Templeman