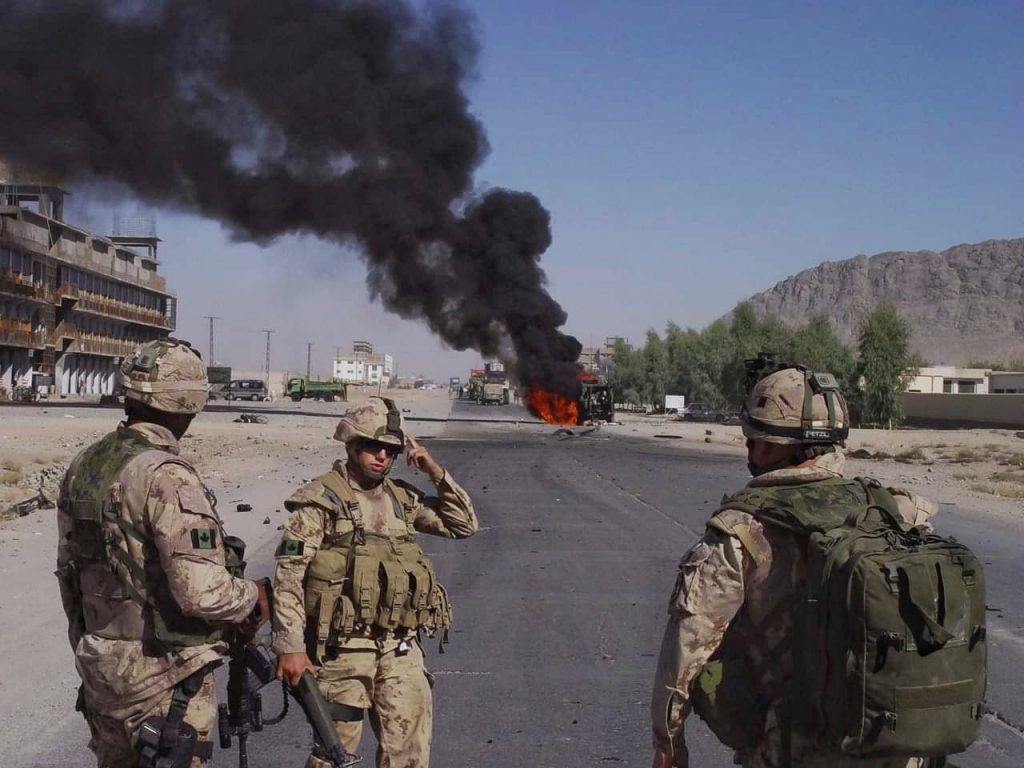 "I’ve often advocated that we might adopt some of the lessons learned from our military sisters and brothers – specifically the concept of the Strategic Corporal." Photo courtesy Matthew Wood.

With renewed tensions rising out of the United States, the profession of policing is once again under the microscope. Today, there are countless demands for heightened accountability, additional training and even the de-funding of our police services. In times such as these, we might ask ourselves where to turn for guidance. Ever since my transition from the military to policing, I’ve often advocated that we might adopt some of the lessons learned from our military sisters and brothers – specifically the concept of the Strategic Corporal.

In 1999, U.S. Marine General Charles Krulak wrote about the concept of the Strategic Corporal in relation to another concept he termed the “three block war.” In his view, the environment in which the military was beginning to operate was becoming increasingly complex. He posited that soldiers would soon be required to undertake peacekeeping, humanitarian and full-scale military operations all within three hypothetical city blocks of each other.

The police, too, operate within a similarly complex environment; they regularly alternate between high-stress and low-stress situations (e.g. violent crimes, neighbour disputes), one after the other, while being expected to maintain a consistent degree of professionalism.

In General Krulak’s view, the actions of the corporal (a junior leader not unlike a police constable) has the potential to influence strategic-level, political decisions due to a growing media presence. This concept holds true in policing; actions like those of Derek Chauvin in the death of George Floyd clearly have far-reaching consequences for the profession of policing.

In the environment of the three block war, Krulak explains soldiers must be able “to confidently make well-reasoned and independent decisions under extreme stress – decisions that will likely be subject to the harsh scrutiny of both the media and the court of public opinion.”

In order to be prepared for this environment, Krulak insists that developing the Strategic Corporal requires a combination of education, training and leaders who act as competent role models – all of which begins by hiring “bold, capable, intelligent” people.

Next, forging strategic corporals requires lifelong professional development during which values such as integrity, initiative, decisiveness, mental agility and personal accountability are reinforced.

Finally (and arguably the most important), formal leadership training molds the corporal into the strategic-minded individual prepared to face the complex environment of the three block war. It is these last two steps where I believe policing in Ontario has the most room for improvement. Change, in any form, begins with an organization’s leaders.

My own research into police leadership training practices paints a bleak picture: professional development for police officers is optional beyond basic training. The only legally mandated training is annual re-certification in use of force. The Ministry of the Solicitor General (formerly Ministry of Community Safety and Correctional Services) prescribes the basic training requirements of police constables in its Policing Standards Manual, which was last updated 20 years ago. Surely much has changed in policing since then.

Absent in the standards manual is any mention of police leadership training. The word “leadership” doesn’t appear a single time in all of the manual’s 226 pages. Despite acting as leaders in their community, leadership training for the police is neither governed by the Province of Ontario nor is it applied uniformly across police services.

Management training (separate from leadership training) is generally reserved to those promoted to supervisory positions, and even then, is not on-going throughout their careers. Several reports and commissions have cited the need for high-quality police leaders, including the Ontario Provincial Police Independent Review Panel, the Office of the Ombudsman of Ontario, retired Justice Frank Iacobucci, and the auditor general for the City of Toronto.

Among other benefits, effective leaders have been shown to produce alignment with organizational goals, a sense of cohesiveness and personal development among followers, improved relationships between leader and follower, and increased morale and productivity. Police constables with effective leaders benefit from improvements in emotional intelligence and are likely better equipped to respond to the moral dilemmas they regularly face. Most importantly, effective leadership is also the cornerstone of culture change.

In 1993, the Canadian Armed Forces experienced a similar type of organizational crisis not unlike what policing is facing today. Canadian soldiers captured, tortured, and killed two unarmed Somali men suspected of stealing from their base in what would become known as the “Somalia Affair.” The actions of a few frontline soldiers led to international disgrace, service-wide loss of morale, and a 25 per cent reduction in national defence spending.

The resulting national inquiry concluded that the leadership of the once-famous Canadian Airborne Regiment was so broken that the only possible solution was to disband the entire regiment. Rather than accept its demise, the Canadian Armed Forces — through a period of serious introspection — transitioned to the professional body that exists today. It did so by recognizing the influence of its leaders, by committing to their development and by outlining the way ahead though publications such as Duty with Honour and the Leadership in the Canadian Forces series.

If we, as a profession, are to begin moving in the right direction, I would argue that now is the time to embrace the idea of the Strategic Constable.

Matthew Wood, CD, is a police constable with the Toronto Police Service. He served 18 years with the Canadian Armed Forces and retired as a sergeant. He is also a recent graduate of the Master of Public Policy, Administration and Law program at York University.

Related
Restating the commitment to improving policing in Ottawa
Minneapolis – What happened and how can we do better?
“Defund the police?” — How did we get here?
Where do we go from here? We keep going