Features Editor’s Commentary
Where do we go from here? We keep going 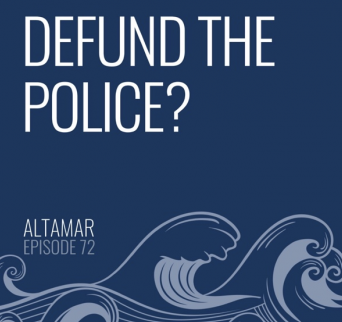 Tom Stamatakis, president of the Canadian Police Association (CPA), is right on the nose in his June 25 piece in the National Post, titled “Opinion: Improve policing in Canada by building up, not tearing down.”

As many of us grapple with heavy internal and external conversations in the wake of George Floyd’s murder and the subsequent calls to defund the police across the U.S., spilling over into Canada, Stamatakis eloquently weighs in on the budget and police reform commentary, and I salute him.

“We support increased funding for social services, more focused approaches to addiction and substance abuse and measures to address socio-economic inequality,” he writes. “What we are opposed to, is a reactionary debate ignited by regrettable police events and driven more by ideology than by evidence.”

You can’t argue with that.

Similarly, on page 22 of the August/September issue of Blue Line, use of force subject matter expert Joel Johnston wades into the actual evidence. He points to “a fairly comprehensive review of fatal outcomes with police in Canada by a national media outlet,” and takes us further into the data there to highlight instructive realities.

I have been asked too many times to count what I think about the trending “defund the police” hashtag and talks of abolishment. Firstly, I acknowledge systemic racism exists in our institutions and I echo Stamatakis and Johnston in how I reply to these questions. Defunding — especially with no replacement plan — is not the answer. The role of the police is too multifaceted and too great.

And that’s part of the problem, too, as Stamatakis wrote — we need to clearly define the role of the police, “encompassing the public’s expectations around police attendance at a crime or incident and how the police interact with the public.”

Just before composing this commentary, I listened to a podcast episode called “Defund the police?” from Altamar, a global affairs podcast (altamar.us/defund-the-police).

The guest on this episode was Dr. Clifford Stott, the director of the Keele University Policing Academic Collaboration in England. He talked about how he is “so vociferously for interventions based on neighbourhood and community policing” and noted that though this is a global problem, “the idea that there’s a one-size-fits-all solution is also really untenable.”

He also shared a comment I went back to and purposely listened to again:

It’s something we all know in theory, yes, but to hear it in this specific way, with the word “consent” was profound for me.

Like RCMP Sgt. Scott Hayes wrote in his June 24 op-ed on blueline.ca titled “Peel’s principles: A redux,” maybe it is time “to look backwards and remember how we started.” He points to Sir Robert Peel’s nine principles and how “what Peel instituted was a model dependent on maintaining the trust and consent of the public, rather than relying on the might of the state to enforce its will.”

There will always be a need for policing in our democracy. We can all agree there is still much work to be done in policing — and society in general — in order to tackle inequality and continue building bridges. We need to be productive and collaborative in how we do so, but let’s not forget such collaborations with healthcare, social services and academic partners have been happening already in many pockets in Canadian policing.

Additionally, take a look at the recent video I conducted with Brandon Police Chief Wayne Balcaen to hear more about the service’s seat at the table in the Community Mobilization Westman initiative, modelled after the well-known HUB program in Prince Albert, Sask.

I believe we are on the right track and we need to keep going.