Features
The border: a guide for the newcomer 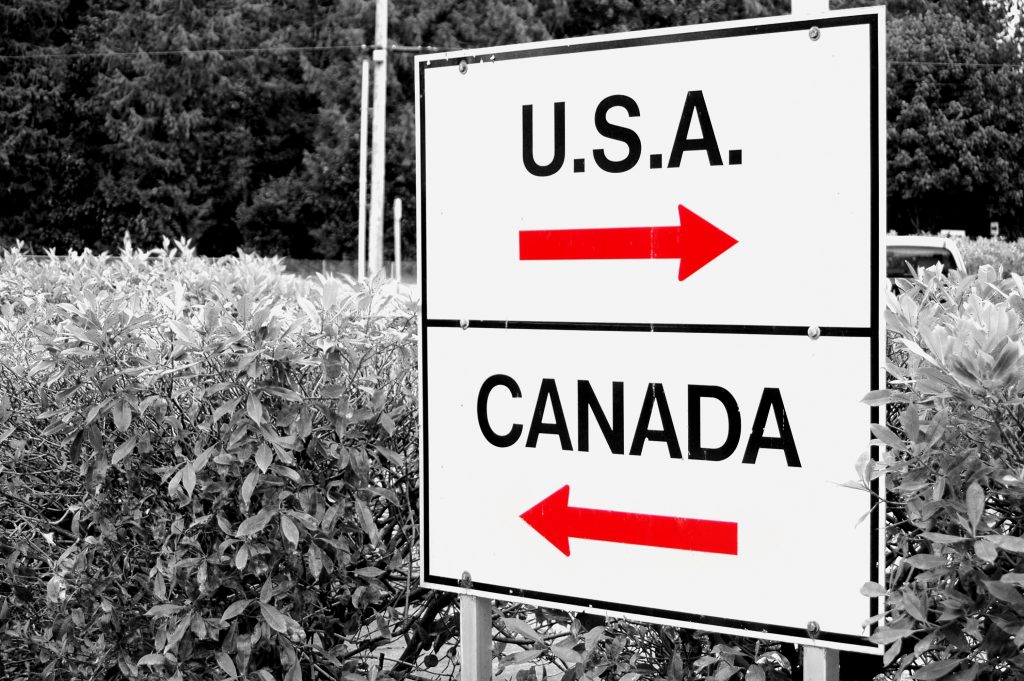 A shot of a sign at the U.S./Canadian border.

The title of this article might lead you to believe it’s aimed at visitors, immigrants, or refugees. It isn’t. It’s aimed at police officers, who suddenly find themselves dealing with the border, sometimes after a career spent thousands of kilometres away from it.

As a 17-year veteran of the Canada Border Services Agency (CBSA), I was often amazed by how little my fellow peace officers knew about what I did, and did not, do. Some of my colleagues got down right frustrated by this. I’d remind them—and myself sometimes—that many police officers in Canada never deal with an international border issue. The reason is simple geography: many police departments and detachments are so far away from the border that the average member never thinks about it.

That being said, there may come a time when a posting to an area with a CBSA Port of Entry makes learning about what they do imperative.

There is a subtle difference police officers and BSOs (Border Services Officers) that manifests itself in some interesting ways. BSOs are not security guards. Under S 2(d) of the Criminal Code of Canada, as well as segments of the Immigration and Refugee Protection Act and The Customs Act, BSOs have the authority to arrest and detain, seize evidence, and compel appearance in court.

S.163 of The Customs Act allows “designated” officers to enforce The Criminal Code at Ports of Entry and between the ports, when engaged in their normal duties. This includes making breath demands, executing warrants and seizing stolen goods.

It’s important to note a few important limitations on this authority. One is that it is strictly federal in nature. CBSA officers have no authority to enforce provincial legislation, such as motor vehicle regulations and mental health law. This can cause frustrations for all involved, but bear in mind asking BSOs to “stall” border examinations until you can get there is problematic at best.

Border law is permissive; borders are not “Charter-free zones”

Police officers working with the CBSA will likely be slightly envious of the wide-ranging search and seizure environment in which they work. In an age in which warrants or written waivers are required for an ever-growing list of street interactions, The Customs Act in particular grants wide latitude in warrant-less search to officers. But the border is not a “Charter-free zone.” It’s just one in which the goal posts are set a little more in our favour than they are on the street.

As anywhere in Canadian law enforcement, the Charter must always be reckoned with.

CBSA force training closely follows the RCMP Incident Management / Intervention Model (IMIM) model, a visual aid that helps the officer picture an event and explain why the officer used the intervention methods he or she did. CBSA instructors are certified to RCMP “Mod 4” standard, and training and certification of officers closely follows RCMP standards.

There are limitations to CBSA utility as backup and assistance, which police officers should be aware of. Most of these are due to restrictions imposed by CBSA management, or lack of resources—not out of reluctance to help the police.

Problems such as lack of non-lethal devices, such as Taser or long guns, will lead to CBSA officers having to call on police officers for assistance where such options are required.

Be aware when CBSA officers leave their port in order to assist the police, they’re facing discipline in doing so. They’ll probably do it anyway, but if they’re reluctant, that’s likely the reason.

Be a good neighbour

Here’s a few tips on making friends at the border for police officers:

Check-in at the CBSA ports in your operational area. Usually, they’ll be quite happy to give you a tour, explain their procedures, and fill you in on what happens in your back yard. Start building personal relationships that can pay off later.

Find out who to call and for what purpose. Know the players at the port of entry, like you would anywhere else in your area. Don’t make assumptions.

Read up on the Immigration and Refugee Protection Act, The Customs Act, and your police agency’s Memorandum of Understanding with the CBSA regarding enforcement of the Criminal Code. It may be boring but it is necessary, so everyone knows their role. Sometimes police and CBSA roles overlap and policies like MOUs provide a clearer delineation.

Check out the ports, the surrounding areas and the road approaches, so you can get there in a hurry. Know where the border is! Don’t trigger an international incident by chasing someone across it. You have no authority to do so. If you see Border Patrol or U.S. Customs, say, “Hi.” Don’t buy the hype. They’re nice and they like fellow law enforcement officers, in my opinion.

BSOs are professionals, just like the police. If an incident falls into your jurisdiction, they’re typically happy to let you have it.

Get your bosses involved in the relationship

If you have the kind of bosses who strive to improvise local solutions for the “it can’t be done” type of problems, you might want to enlist their help. Joint training days where police and CBSA practice incident response are a great idea. Expect resistance from higher ups, but argue your case. In the aftermath of a serious incident at the border, is anybody ever arguing for less collaboration?

I always enjoyed having RCMP members hang out. We could utilize CBSA search powers, plus the RCMP members could pick off some great Motor Vehicle Act files. If anything criminal came up, they were in on the ground floor. And God help anybody who tried to run the port that day.

Good luck, and have fun at the border. It can add an extra dimension of interest to a new policing assignment.

Grant Patterson worked as a CBSA officer for 17 years. He now works as a freelance writer and author.