Colin MacLeod spent over 20 years in the RCMP as a pilot, flying fixed-wing aircraft and helicopters on nail-biting missions through Newfoundland snow, the peaks and saddles of the Rocky Mountains and beyond. Also a former Edmonton Police officer, MacLeod shares his stories from the cockpit at a time when policing by air was still quite the novelty. 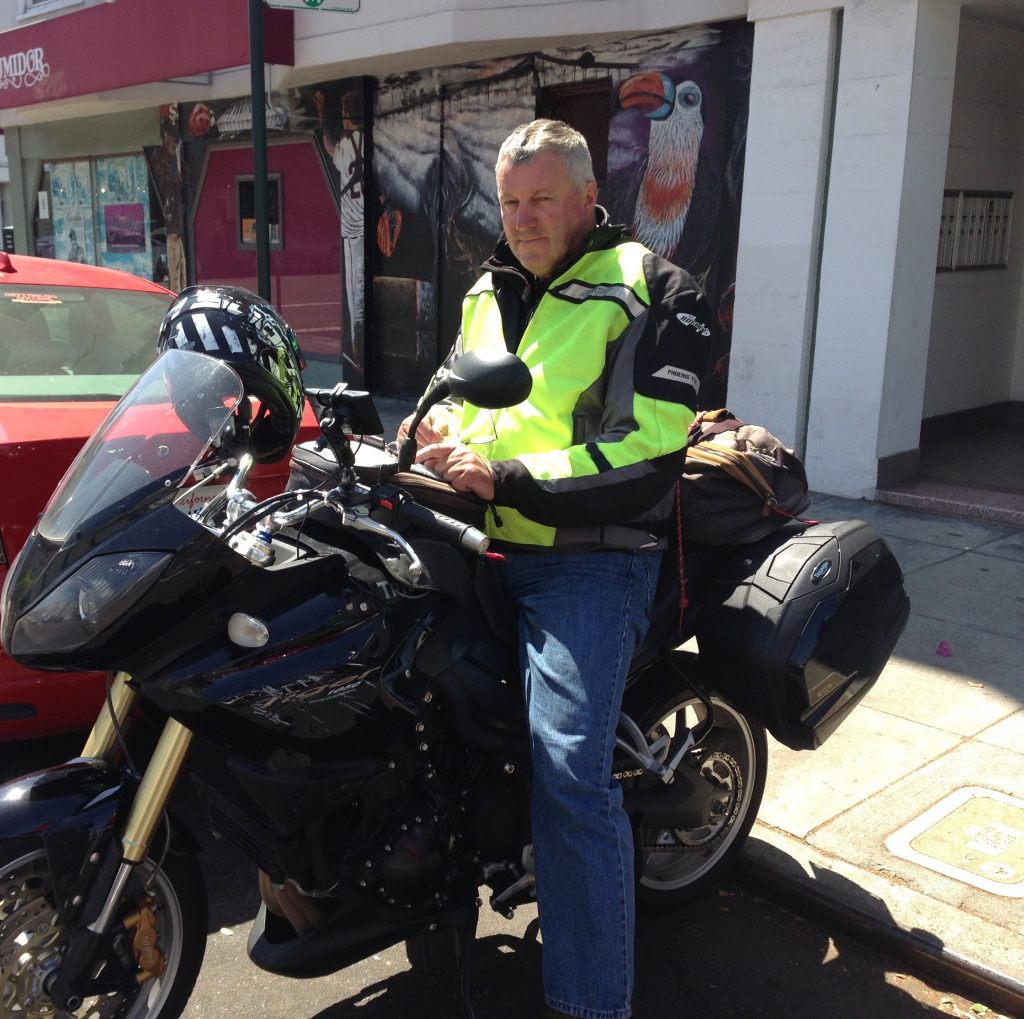 Q: How did you begin your career in law enforcement?
I started with EPS (Edmonton Police Service) in 1973 when I was only 20-years old and looking for a job. At 20 you don’t know much about the world but I stayed there for five years, grew up a bit and learned lots.

After having a taste of recreational flying — and an actual flight in an operational RCMP helicopter out of Fort McMurray, Alta. — I knew my days as a general duty policeman were numbered.

The RCMP has a storied history in aviation and was the only police organization at the time to operate helicopters —they had a fleet of about half a dozen. They required 1,000 hours of experience before they would consider you. So in 1978 my wife Wendy and I moved temporarily to Victoria, B.C., and I started training with a little school called Transwest Helicopter School.

Q: Where did the interest in flying stem from?
My father was in the air force; I grew up on airports with old yellow Harvards flying around all the time. So aviation has always been a part of my life and when I started police work, helicopters in policing was a concept just starting to emerge. In a big city like Edmonton, we really could have used one back in those days… I thought it would be an interesting field to get into, combining both of my interests.

Q: What was it like starting with the RCMP in 1981?
At the time I was flying for a commercial operator, Shirley Air Services, out of Edson, Alta., and getting close to the magical 1,000-hour mark. That’s when the RCMP called.

The force had previously chosen its pilots from within its ranks, who were all regular ranked members, but just before my joining they had gone through reorganization, changing the pilot positions to the rank of special constable.

Some of the current pilots had chosen to convert to special constable status, with its subsequent rise in pay. Others decided to remain in the regular rank structure, as they were senior non-commissioned officers.

In my case, the force had no experienced helicopter pilots to draw from and was forced to go outside to hire a civilian. I came on as a civilian helicopter pilot, classified as a special constable. There were grumblings but I stayed out of it.

I first reported to Victoria, B.C., where the force operated a Beech King Air 200 and a Bell 206B Jet Ranger helicopter, C-GMPI.

Q: What was your most memorable moment as an RCMP pilot?
There are so many — I couldn’t even begin to pick one… One that comes to mind right now was a mine explosion in Yellowknife. We were sitting at 25,000 feet in the air and the northern lights put on quite the show for us. It was just absolutely extravagant.

Some of more memorable things are being in a position to help members in the street and making their day easier. That was the most satisfactory part of the job.

Q: Was anything about the job routine?
The RCMP was different than urban policing nowadays. One of my routine things was the constant repairing, adding and maintaining of mountaintop radio repeater sites for communication with the dispatch centres. We did a lot of that in the mountains and mountain flying is a completely different set of skills. We were just at the cusp of introducing infrared cameras and searchlights; we did that where we could. This was all before GPS, remember, so we did so many search-and-rescue missions, too.

Q: Helicopter safety has been thoroughly debated over the years. Do you have any accounts of accidents or close calls that directly impacted you?
When I found my friend and fellow pilot Wayne Meyers after he had hit a cable in a valley in B.C. The cable had ripped the top off the helicopter. He and another fellow by the name of Frank Jones died right there. It was traumatic. I flew down over the same valley and I just happened to be at a different altitude than he was. I never did see the cable he hit. It took me a long time to get over that.

Another time we were helping the highway patrol in Banff and the engine of my DXC went. I had to commit to a full-on autorotation.

With about 400 feet of altitude left, my turn towards the highway had lined me up pretty well but I didn’t have time to look for vehicles behind me. We skidded along on the pavement for about 100 feet, but I had directional control and the impact was minimal. Thank goodness for being within reach of the highway. There were not a lot of other clearings along this stretch and the only other choice I had would have been the Bow River or the trees. Either would have been disastrous. It certainly woke me up.

Q: How did the RCMP aviation services change during your career?
When I first started, I remember flying over northern Saskatchewan and how it all looked the same; we didn’t have a clue where we were half the time — just a compass. Today, you know exactly where you are thanks to sophisticated navigation.

The technological changes in the machines themselves have been amazing. Each generation gets a little more powerful, smoother, faster, cheaper to run. It’s phenomenal growth.

Internally within the RCMP, I still don’t believe they have the civilianization process figured out. They bounce that back and forth and it causes a lot of turmoil and frustration. So the HR function requires improvement.

Q: What is your advice for others in law enforcement dreaming of a career in aviation?
It’s difficult and it’s competitive. Identify exactly what you want to do and get the qualifications. Develop a plan on how to meet all those qualifications and make sure the decision makers in the organization know about it. Plus, it’s expensive, so you should establish a financing plan.

Q: You retired from the RCMP in 2001 and sold your charter company in 2016. What’s life like after flying?
I definitely miss it. I haven’t flown in a couple years now. I’m enjoying being a grandpa and travelling. I’ve written a book about all the adventures and just released that on Amazon at the end of March of this year. It’s been valuable to my friends and family; it also serves as a way to pay tribute to the friends and colleagues we lost, like Wayne… I think any police officer would get a chuckle out of it. And it’s all true.

Find MacLeod’s personal account from his time in the law enforcement cockpit here on Amazon: amzn.to/2wB11bk.
Print this page