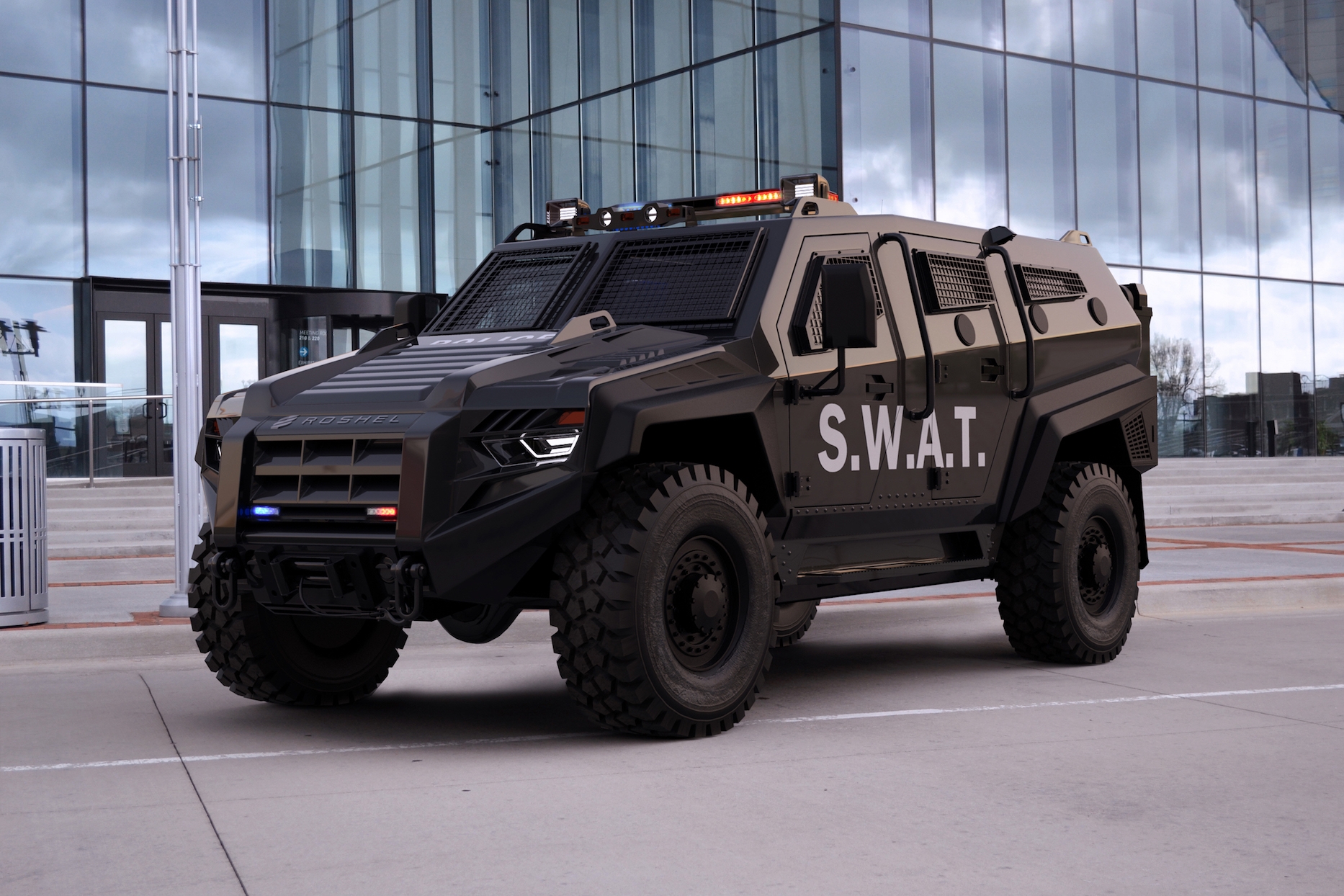 The APCs of these series are produced from start to finish at Roshel’s manufacturing facility in Toronto, Ont.

The Roshel Senator is a high mobile multi-purpose transport vehicle, which was specifically developed for peacekeeping and law enforcement applications. This tactical platform features a high level of maneuverability as well as advanced off-road capabilities, making it efficient in accomplishing its missions in urban and cross-country terrain, according to the company.

Depending on the intended role, the Roshel Senator provides ballistic and mine protection for up to CEN B7/ STANAG 4569 Level II.

To date, Roshel says it has already received several orders for its new Senator APC, and plans to deliver the first batch of vehicles in the third quarter of 2018.

Related
How do you use UAVs in law enforcement? • Survey results
When media releases and tweets don’t do the trick
Roshel unveils Senator Armored Rescue Vehicle
Emerging tech that can make smart cities safer