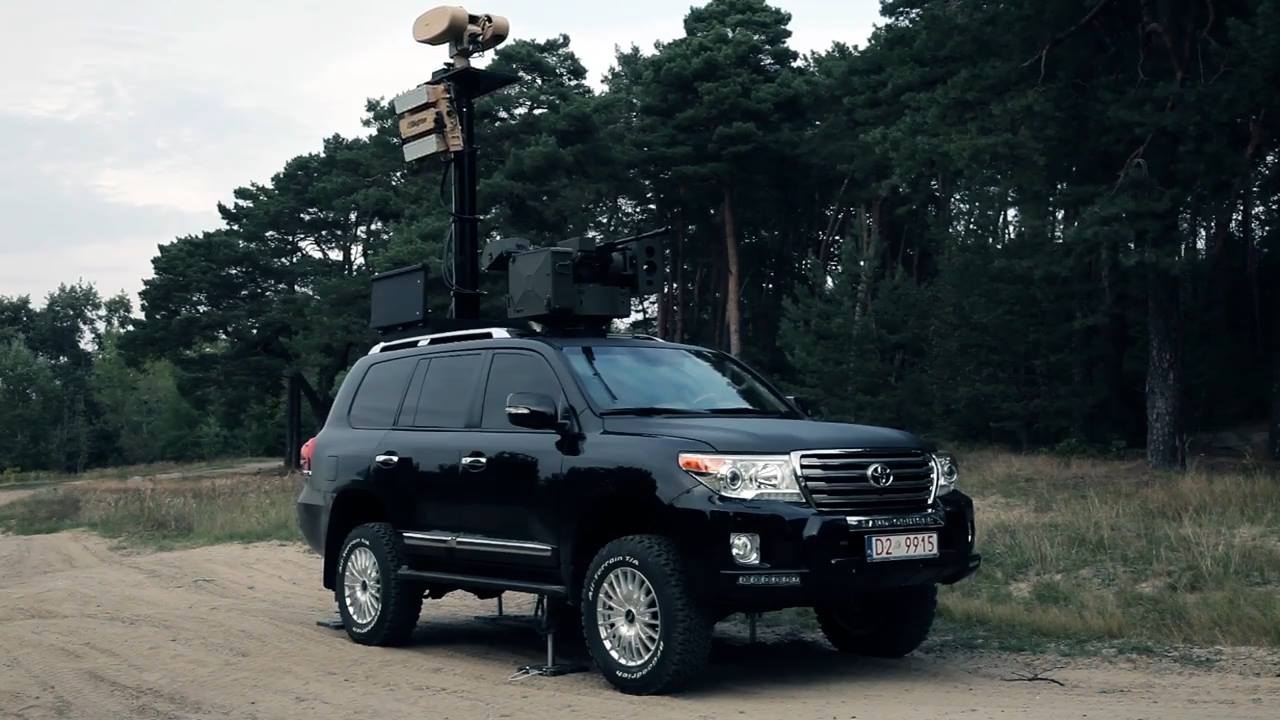 The unit is equipped with radar and Electro-Optical System (EOS), thermal vision camera, stabilization and remote weapon system (RWS). It includes a high-power lightweight radar and the Blighter Revolutions 360 provides 360-degree scan without any dead zones, according to the company. The radar features a 20-degree wide elevation beam, which offers coverage across all types of terrain, including complex rocky and mountainous regions. Roshel also claims the system is able to detect a single walking person at distances of up to 7.4 km and a moving vehicle at 16 km.

In addition to system control, the console offers image processing and enhancement, improving target acquisition performance in stationary and mobile conditions at night and in the limited visibility areas.

Optionally, the vehicle can be equipped with other tactical systems such as colour zoom cameras, laser range finders, cooled thermal imagers and others.

The vehicle is armoured in accordance with B6 protection level based on the European CEN standards providing protection from high-powered rifles, including multiple impacts from 7.62 and 5.56 NATO ammunition, as well as, 7.62x39mm AK47 rounds. It is also equipped with reinforced brakes, suspension and other critical components to carry additional weight of the ballistic plates and equipment.

The starting price for the armoured vehicle, equipped with observation and video surveillance system, is $750,000 US.