On April 19, 2016, an Ottawa police officer was injured during an altercation on the job. Exactly one year later, Const. Michael McNaught found himself on CBC’s Dragons’ Den. Today, he’s back with Ottawa Police Service — while still managing his marketplace business, RVezy. He shares how entrepreneurship helped in his recovery and complements his policing, too. 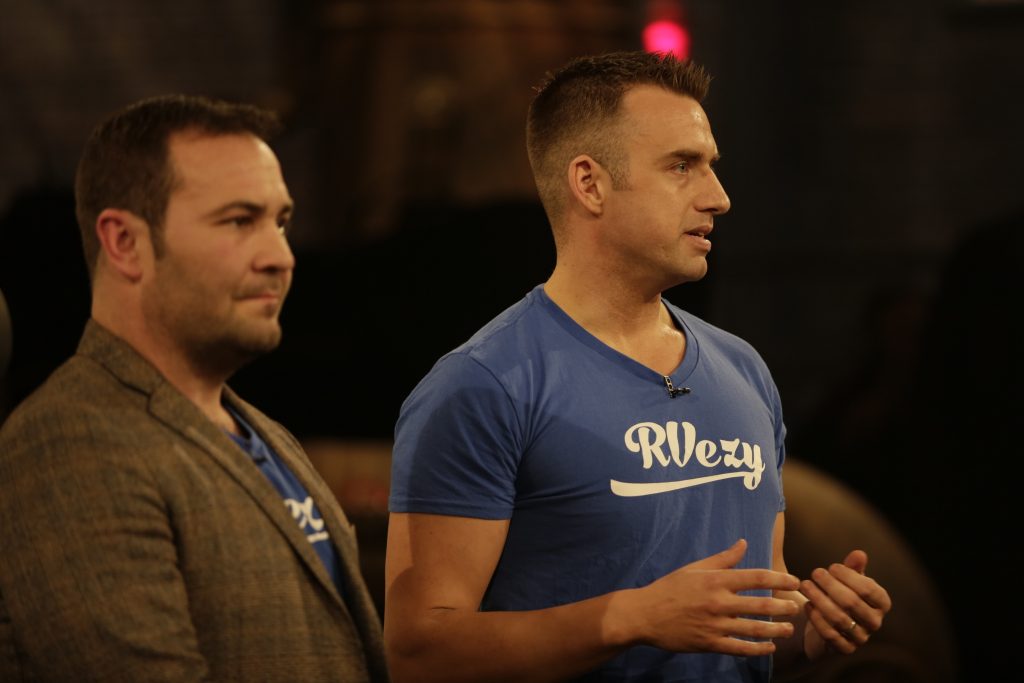 Why did you choose a career in law enforcement?
I was always involved in service. I’ve been with Scouts Canada my whole life… When I was at an RCMP seminar with my brother, I had my “A-ha” moment. I knew I’d found a career where I wouldn’t be at a desk all the time, everyday would be different and I would be serving and interacting with the public.

Q: What happened that led to your injury on the job?
I was on patrol for four years at Ottawa Police Service and was part of our neighbourhood unit before moving into ICE (Internet Child Exploitation). I went back to patrol and I lasted about two weeks before my injury happened.

I had just started my shift and there was a sexual assault call nearby. I talked to the complainant and sure enough there were grounds to arrest. The suspect was still there and after a couple efforts to talk to him, I could tell he was not interested in talking to me. It’s exactly like they teach you in police college — the moment I touched him and said, “You’re under arrest,” that’s when it started. He jumped out of his seat and the fight was on.

My bicep snapped and recoiled into the shoulder. I didn’t know what had happened. It wasn’t painful — the adrenaline was pumping — but I knew something wasn’t right.

Q: How did you handle this disruption?
Prior to this, I was a busy guy. I have a beautiful wife, three kids and three rental properties. I was still running a different small business at the time, taking three full-time classes at university and competing in body building contests. You go from being really high functioning to doing absolutely nothing — that was the toughest part. Now, I was relying on everyone — I couldn’t even do up my zipper.
I reached out and used professional services available to me and I’m glad I did.

Q: How did you start your own peer-sharing marketplace, RVezy, during this time?
I met up with some of my business contacts and friends and told them about an idea I had… I’d always been renting my RV and I thought there was something bigger there.

That night out with friends turned into a three-hour bar conversation and led to RVezy, which kept me busy and focused.

[RVezy is Canada’s first RV sharing marketplace, connecting RV owners with people who are looking to rent one for less — like “Airbnb on wheels.”]

Q: Why did you want to do Dragons’ Den?
You’re tapping into a resource of highly successful Canadian entrepreneurs. The publicity is great as well.

We attended an open casting call and part of our pitch centred on how you’re not just investing in our company but also in the people behind it. So we explained how the business got started, touched on my police officer background — my partner is an Afghanistan veteran. We received a phone call within two weeks, saying we’d inspired them to do a “Heroes” episode.

Q: What was that experience like?
The most challenging part was the unknowns. You don’t know what to expect when you first walk in. We did a lot of preparation and our CFO made sure we had the proper numbers.

Q: What has the feedback been like from your colleagues in policing?
All of my colleagues are very supportive of this endeavour. I’ve also had colleagues reaching out to ask about the background story with my injury and recovery.

People also ask about juggling everything, as I am still very committed to my job as a police officer.

Q: How has RVezy changed you as a police officer?
Many of the skillsets from policing and from the business aspect are transferrable. Much of what I’m learning from the business side — managing a team, developing relationships and partnerships — that’s what you do at a police service.

I’m understanding more of the business side of policing: the use of analytics, how the police service actually functions. On the same note, policing also helps the business side. For example, with the report writing you have to do as a business owner, I laugh and kind of feel like I’m writing police reports.

My story with RVezy has also opened up the conversation about overcoming the disruption that happens when you’re sidelined from an injury on the job. I think it’s an important conversation we’re not having very often.

Q: What were some takeaways from the combined experience of recovering while founding RVezy?
I was in the Dragons’ Den exactly one year ago to the day I was at the hospital, preparing for surgery — you can accomplish a lot in one year.

I’ve learned it’s important to be honest and talk about what you’re going through. When you’re part of the ICE unit, it’s mandated to meet with a psychologist so I had reached out to chat with him about what had been going on after the injury. He said, “We’re not even going to mention the word PTSD. That’s not what this is. This is what happens when your life is flipped upside down. You need to find something to keep yourself busy. You need to relax. This is about adjusting.”

Q: What is your advice for other officers struggling after an injury?
Talk to people and share the experiences. There may be a lot of emotions and reactions you’ve never experienced before. It’s important to reach out and understand where those are coming from and seek professional advice on how to work through that.

The second thing would be to surround yourself with supportive people. Build networks, because huddled up in your house and eating potato chips only works for so long. Get out of the house, even if it’s just for an hour.

Q: What are your next steps? Do you plan to continue policing?
I really see myself as a police officer. That’s my career. I also plan to pursue my MBA and what I want to do is bring a lot of the skillsets I’ve learned in the business community back to the policing community.

Watch McNaught and his partner Will Thompson pitch their business to the Dragons at cbc.ca/dragonsden/pitches/rvezy. The episode was filmed on April 19, 2017, and aired on Nov. 9, 2017.

Related
Licence plate tech opens doors for campus police
Q&A with the Policing Security Network, OPP
Seeing is believing
The impact of a line of duty death on the spouses