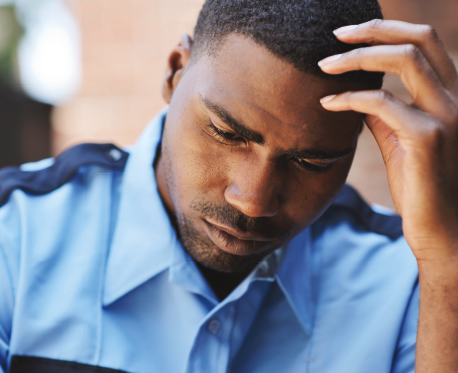 Research suggests approximately one in 10 Canadians will develop Post Traumatic Stress Disorder (PTSD) at some point in their lives. If the term PTSD is commonly used to define a psychological condition triggered by one or repeated stressful, traumatic, or terrifying events; the term Occupational Stress Injury (OSI) defines persistent psychological difficulty resulting specifically from operational duties within emergency first response as well as combat and military operations.

The heightened risk of developing OSI for first responders has been recognized and brought to the forefront of media and government attention. According to the Canadian Journal of Psychiatry, nearly 45 per cent of police, 911 operators, paramedics and firefighters screened positive for clinically significant symptom clusters with one or more mental disorders. No one is immune and PTSD expresses itself in various ways and degrees for everyone affected. Understanding how PTSD and OSI develop and manifest themselves is key to supporting fellow officers who may be affected.

Overall, PTSD is a complex condition which can be prompted by a single traumatic event or over the course of a number of reoccurring traumatic events. There is no single pathway to developing PTSD symptoms. In fact, it can develop at any age and despite the absence of directly experiencing trauma. It can even appear years post incident.

Trauma leaves a deep imprint on the brain, even more significantly than positive experiences. The brain stores sensory information during traumatic events as a means of self-preservation and protection. It attempts to keep from experiencing trauma to ensure survival. It stores memories to be better prepared to confront repeated threat or exposure to trauma. Consequently, those previously exposed to trauma can become hyper-vigilant.

The human brain naturally changes over time but is also affected by experiences and environment. When becoming a law enforcement officer, the interpretation of the world is altered. It requires and results in a change in the mental action or process of acquiring knowledge and understanding through thought, experience and the senses, also known as cognitive functions. First responders are exposed to extreme, abnormal and difficult situations. In addition to the outside world, many also face frustration with internal politics that can be harmful. All these stressors can become so overwhelming, officers lose their passion for the career they once loved.

Change in affect or behaviour can be the initial and strongest signs of dysfunctional coping mechanism. It should be noted, however, some negative changes can be subtle and gradual. They often go unnoticed by those affected for a substantial period of time. Bringing up observations of change can assist coworkers in addressing potential problems as early as possible. The earlier an issue is addressed, the less likely it is to develop into a long-term or chronic issue.

In addition to paying attention to potential changes, being aware of the impact of psychological triggers is essential. A trauma trigger is a stimulus that prompts recall of a previous traumatic experience, which causes one to feel strong negative emotions. The stimulus itself often is not dangerous or frightening in nature but can be overwhelming and harmful to the person affected.

Triggers can be unpredictable, extremely powerful and incapacitating. Groups who share common trauma can also share common triggers. This is demonstrated in its most severe form by serial suicides where the suicide of one person creates a chain reaction.

Triggers can cause a person to “relive” a certain traumatic event or period of time through flashbacks, nightmares and the replaying of memories. They can also cause strong emotional reactions such as anxiety, sadness, anger, numbness, guilt or shame. Unfortunately, it is common for those who experience traumatic events to avoid confronting the issue or facing related triggers. Research has shown avoidance of these triggers increases the likelihood of developing PTSD.

Triggers resembling those of a stressful event can cause a strong emotional reaction similar to what was previously experienced. Some triggers are obvious, such as witnessing a death or serious collision, but some are not so obvious — viewing news coverage or a documentary, for example. In fact, a simple conversation alone can be a trigger.

First responder culture must become one where it is acceptable to have normal reactions to abnormal situations and where each member is armed with the knowledge to help support others. Understanding how triggers can cause a great deal of damage and keeping an eye out for changes in coworkers can help keep one another safe and well.

Isabelle Sauve is a 12-year veteran with the OPP, currently with the Lanark County Detachment. She has a MA in psychology and is a PhD candidate. She is also an ultramarathon/ endurance athlete and the Racing the Planet/4 Deserts 2018 Series winner as well as a Guinness World record holder. She can be contacted at: isabelle.sauve@hotmail.com.

Related
The weight of the uniform: post-traumatic stress disorder in law enforcement
Have you heard about The Haven & what it can do for first responders & uniform personnel?
Corrections — you can leave the job but it never leaves you
Virtual reality simulation and neurofeedback to help PTSD