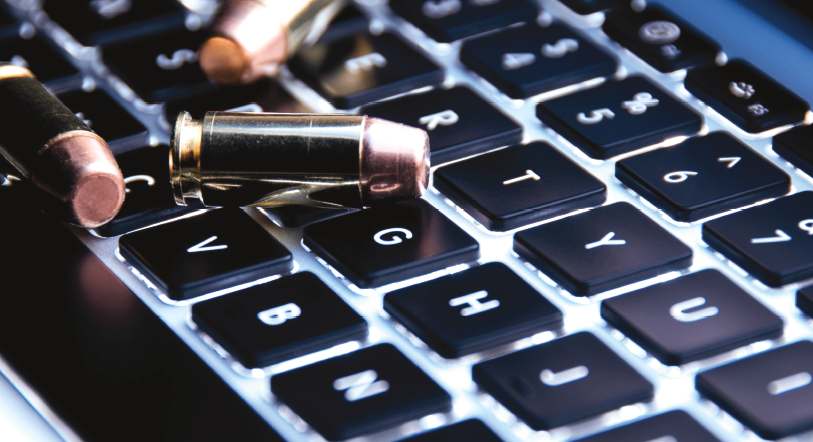 The term sexual celibate has been around for eons. Some people choose to be celibate for various reasons. Others are involuntarily celibate. Donnelly et al (2001) explored the development and maintenance of involuntary celibacy – persons desiring to have sex but unable to find partners.1

The social concept of involuntary celibacy started when a university student from Toronto established a website in 1993 called Alana’s Involuntary Celibacy Project. Her stated purpose was to discuss her sexual inactivity with others. The site was intended to foster an all-inclusive community to help people struggling to form relationships but was later co-opted by the current “incel” movement.

Why should we be concerned about incels? The Southern Poverty Law Center (SPLC), a non-government not-for-profit organization that tracks all forms of hate groups in the United States, started to track male supremacy forums in 2012. It recognized how essential male supremacist ideas were associated with the rise of the so-called “alt-right” and formally added male supremacist groups to their “hate map” in 2017. These groups range from those utilizing websites on “how to pick up women” to incel forums. But it’s not just about sex. It’s about the women supposedly withholding it.

According to the SPLC, the incel’s underlying belief is that women owe men sex; women exist purely for their reproductive and sexual capabilities; and men should dominate women.2 Men are entitled to sex as a basic human right. Incels perceive involuntary celibacy as an injustice and blame women for cruelty, superficiality and fickleness. The “Incel Rebellion,” also called the “Beta Uprising,” refers to incels’ hoped-for vengeance against society, in particular those who are having sex.

Incels believe that over the past number of decades women have become highly promiscuous and that the fewer-in-number handsome and attractive chads have all the stacies. They also believe that social media helps the chads with appearance-focused dating sites and apps.

Incel hatred and violence
A review of incel website postings indicates that as well as being misogynistic, the postings are also racist and homophobic.3 The dehumanization of women and the incitement of violence towards women is a common topic.

A number of violent incidents, in North America, have been perpetrated by self-identified incels. In 2014, in the small college community of Isla Vista, Calif., a 22-year-old by the name of Eliot Rodger stabbed or shot to death six college students and wounded 14 others. He left a 137-page autobiographical “manifesto” and social media posts detailing his involuntary celibacy and hatred of women who he wanted to punish for rejecting him.4

He had been a member of PUAHate, an involuntary celibacy community short for “pick-up artist hate.” Rodger videotaped himself stating, “tomorrow is the day of retribution… a day of which I will have my revenge against all of humanity… I will slaughter every single spoiled stuck-up blonde slut… You will finally see I’m the superior one. The true alpha male.”

In the years before he entered a yoga studio in Tallahassee, Fla., Scott Beierle was posting YouTube videos calling women “whores” and “sluts.” He killed two women and wounded five others in that November 2018 incident. Beierle also mentioned Eliot Rodger in his postings.

Prior to the horrific vehicle attack in Toronto, Ont., it is alleged 25-year-old Alek Minassian paid homage on social media to Eliot Rodger shortly before driving down a busy sidewalk, killing 10 and wounding many others. Minassian posted that “the incel rebellion has already begun. We will overthrow the Chads and Stacys! All hail the Supreme Gentleman Eliott (sic) Rodger,” before the attack.

Rodger continues to be a hero on incel forums, as does Minassian. Rodger is a “hERo” and Minassian an “AMazing hERo” — emphasizing their initials and continuing to inspire others to attack chads and stacies. The anniversary of his crimes is also referred to as St. Elliot Day.

Overall, alt-right hate groups pose far greater threat than radical Islamic terrorism in North America. Diagnostically, these perpetrators have been said to have likely met the criteria for depression and/or narcissist personality disorder. Many of them are said to be on the autism spectrum. Given the planning and deliberation of their violent acts, they are likely not candidates for a not criminally responsible defence.

The rise of the incel community is another example of online radicalization and extremism. According to an online law enforcement forum that recently examined the increased threat of the incel community, the tracking of these online activities “comes with all of the same challenges as monitoring and investigating any radical ideology or criminal element on the web – the vastness of the internet and the impermanence of content posted on sites like 4chan makes it hard to thwart attacks or differentiate real violence from fantasy.”5

Tech companies’ efforts to curtail this type of online behaviour vary depending on the platform, as does their level of co-operation with law enforcement. I expect we will see more violence in the name of incel.