Features
The weight of the uniform: post-traumatic stress disorder in law enforcement

With nearly 30 per cent of Canadian police officers within the clinical diagnostic range of PTSD and nearly all officers reporting moderate to severe stress, anxiety, or depression (according to CAMH), it's more important than ever that police officers receive treatment for Post-Traumatic Stress Disorder (PTSD). 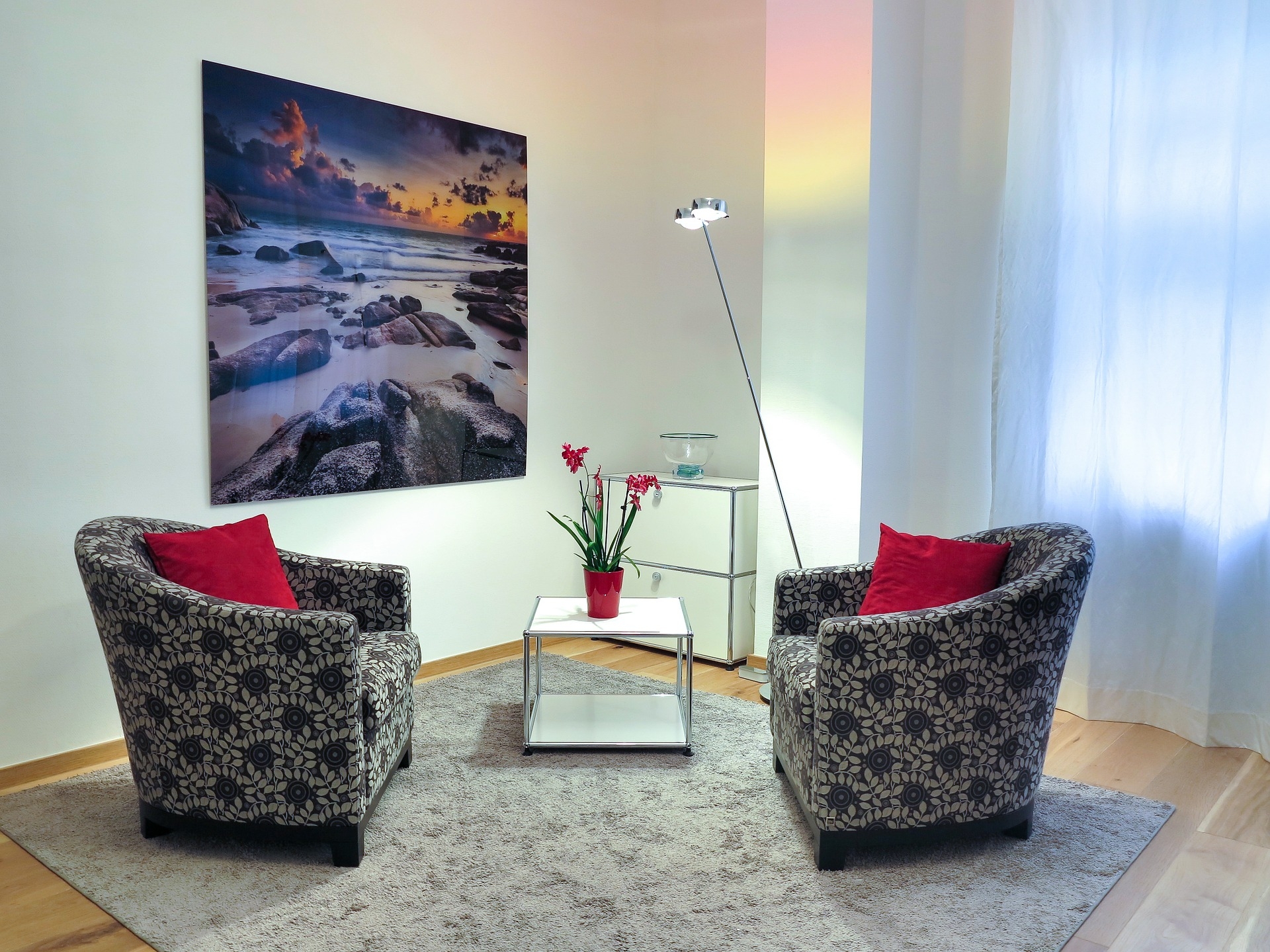 While treatment was once inaccessible to some, the advance of technology in the form of video or remote therapy can address this need.

What is PTSD?
The Diagnostic and Statistical Manual (fifth edition) defines Post-Traumatic Stress Disorder as the experiencing of a life-threatening event or witnessing of a life-threatening event directly or indirectly that leads to re-experiencing phenomena, avoidance behaviours, negative alterations in cognitions and mood, alterations in arousal and reactivity, that result in functional significance and symptoms lasting for more than one month.

Signs and symptoms
Once an individual has been exposed to a traumatic event, they may begin to experience unwanted memories, nightmares and flashbacks of the event, emotional distress and physical reactivity to traumatic reminders or triggers. There may also be avoidance behaviours that develop, such as avoiding external triggers or attempting to not think about the trauma itself.

There can also be symptoms of cognitive impairment like the inability to recall key features of the trauma, disproportionate negativity and attributional bias, exaggerated blame of self and others for the event, depression, feeling numb, isolation, or difficulty experiencing positive feelings.

PTSD can also produce reactive symptoms that are unexpected and undesired such as irritability and aggression, risky or destructive behaviour, hypervigilance, hyperarousal, increased startle reaction, panic attacks, difficulty with attention/concentration and sleep disturbance.

The indeterminate aspect of PTSD is that symptoms can appear shortly after the critical incident, or they may be delayed for up to six months and beyond depending upon the individual case.

Long-term effects
If left untreated, PTSD often causes long-term chronic stress in police officers. This stress can have a debilitating effect on the body, leading to many health-related problems.

The long-term effects also include emotional and social tolls caused by regular bouts of anxiety, depression, mood-instability, increased irritability, irrational decision-making, cognitive distortions, sleep disturbances, stomach problems, weight gain and a higher risk for addiction — all of which can lead to a breakdown of the social support network. This breakdown often compounds the problem, as it sees us alienate the very system (friends and family) that helps us to buffer stress.

PTSD stress activates the fight-or-flight alarm system in our amygdala, which lowers our immune systems and can make us susceptible to chronic diseases and conditions (think: hypertension, diabetes, heart disease and cancer).

To illustrate, my co-author Rod Herbert describes some of his subjective experiences:

“I recall the first major incident I was dispatched to as a rookie. It was ‘T-bone’ type of collision and resulted in the death of three occupants of the not-at-fault vehicle. The at-fault driver was impaired. One of the survivors was a child that was seated in the front seat between her grandparents, who both died as a result of the collision. Being a new officer at the time, I was assigned various tasks, one of which was tagging the deceased and noting their sitting positions in the vehicle. This was my first police experience with a deceased person and the other officers advised me that the best way to deal with death is ‘touching’ the deceased. This was my initiation to policing and I learned later this was my ‘therapy’ as well.

There were several incidents I vividly remember and will never forget… I lost several friends, officers who lost their lives on duty. At the time, there was very little counselling available for grieving officers.”

It is undoubtedly the case that most, if not all, police officers have similarly profound experiences. The lack of therapeutic treatment isn’t quite as extreme today as it was in the past, but many officers still attempt to cope with trauma without professional help.

Benefits of professional help
Whether you are experiencing anxiety and panic attacks, struggling with moderate to severe depression, or noticing symptoms of full-blown PTSD, it is highly advisable to seek professional help in the form of psychotropic medication or psychotherapeutic intervention.

Psychotherapy can be done by a registered psychologist, psychological associate, psychotherapist, or social worker. The power of talk therapy has been well-documented for over a century and there have been several approaches that have been adapted to meet the challenge of treating PTSD. The variety of available treatments will allow a skilled therapist to tailor their treatment to your personality and needs.
If you could benefit from professional help, we strongly suggest reaching out to the mental health services provided in your workplace or community at large.

But what if help isn’t accessible?
Another option that may be more viable and desirable than driving to a therapist’s office is remote or video therapy.

There is a growing trend for professional psychological and psychotherapy practices to provide video therapy on secure platforms that can be conducted across vast distances. The confidentiality and discretion of this mode of therapeutic communication can provide treatment to those in small communities who fear the stigma of being seen in a therapist’s office. Being able to receive therapy in the comfort of your own home can greatly help those who live in remote communities without easy access to therapists.

Afterword
Herbert revisits another story from his past to illustrate the many forms of PTSD and how he navigated it. We know things are improving in terms of breaking the stigma associated with mental health and getting help and we hope police agencies continue to embrace this kind of dialogue and support more wellness strategies for their officers well in advance of a critical incident.

“In June 2000, my sister-in-law, a police officer with the OPP [Ontario Provincial Police], was killed as a result of a motor vehicle collision on Hwy 401, near Chatham, involving a high-risk vehicle stop. Three other police officers and three civilians were involved in the accident but my sister-in-law was the only one who succumbed to her injuries three days later in hospital. As a police officer, other family and friends looked to me to be ‘strong.’

I recall having nightmares, feeling depressed and having anxiety. Even though the event would be classified as ‘vicarious trauma,’ it hit me worse than any other PTSD event. I received some counselling through our EAP (Employee Assistance Plan) program which helped, but not nearly enough to fully cope with the event. Unfortunately, EAP only allowed three sessions, which falls well short of what is needed in many incidents.

Since that time, the OPP and other police agencies have become more proactive in their approach to critical incidents and include debriefing an incident and involving Critical Incident Officers who are at scenes or who are made available to officers as a mandatory approach to wellness.

During my involvement with the OPP Association, many of the officers I assisted were referred by myself to EAP, but often times I believed it was never utilized. Many of the officers cited inadequacies in the available counselling.

I believe that wellness strategies, including exercise, diet and general lifestyle adjustments — and, yes, professional therapeutic help — would serve many of our officers better prior to and after a traumatic event. Police agencies have to aware of the need for wellness for their officers.”

Related
“Share It. Don’t Wear It.”
The professionalization of police training in Canada
“Not a cop show:” Beyond the Badge looks at human element in policing
Ready or not here comes cannabis