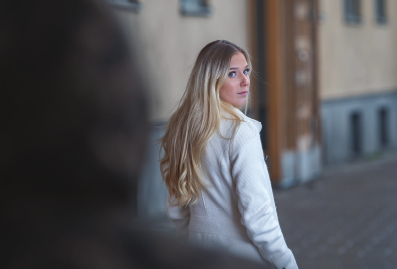 A few terms and words well known in the behavioural sciences realm have entered everyday language. However, some are being used incorrectly. This could be said of the term delusion. A delusion is a false belief that is based on an incorrect interpretation of reality.

Delusions, like all psychotic symptoms, can occur as part of many different psychiatric disorders such as schizophrenia or the manic phase of a bipolar disorder. The delusions associated with those disorders tend to be bizarre (for example, “Aliens have implanted computer chips in my brain,” or “I possess special powers.”) Non-bizarre delusions include firmly held beliefs that could be based in reality, but which would also be considered unlikely. Examples can include:

Symptoms that are absent in this disorder include significant depression or mania (mood symptoms), auditory or visual hallucinations, and disorganized/incoherent thought process. The delusion, and its ramifications, fit into a comprehensive and complex system that makes sense to the patient. Outside of this delusional system, the patient’s functioning is relatively intact and unremarkable.

Also known as de Clérambault syndrome, erotomania may be an isolated symptom or associated with other psychiatric disorders, usually schizophrenia. It is the delusion that another person, often unobtainable and of higher status in society, is in love with the subject.

Not unlike others who suffer from delusions, erotomanics exhibit paradoxical conduct—the ability to interpret all evidence to the contrary as confirmation of his or her belief. For example: the denial of any romantic interest by the object of the delusional interest. The erotomanic individual maintains the hopeless idea that the desired relationship will prevail.1

Erotomania is more prevalent in women than in men, but it is the male erotomanic who poses more of a risk for violence. They can also pose a risk to other individuals whom they believe are acting as an obstacle/rival to establishing a relationship. Generally, the risk factors for violence include substance abuse, a history of violence and tends to occur more in younger males.2

Efforts to contact the object of the delusion is common and thus erotomania can be the cause of stalking behaviour. Stalkers, however, are a heterogeneous group with erotomanics being a small proportion. They can be persistent because nothing will persuade them the individual is not in love with them.

Complete strangers can become erotomania victims and even police officers have been known to become targets of erotomanic stalkers. As with other love obsessional stalkers, they will engage in murder/suicide because of thought processes like: “If I can’t have her/him, no one else will,” or, “We will meet in heaven.”

Negotiating with individuals with delusional disorders can be difficult. They may incorporate the police or a specific negotiator into their delusional system. You cannot argue with them about the validity of their beliefs.

The best way to negotiate with these individuals is to establish a rapport over time. Use your active listening skills and accept it may be a long call. Utilize your mental health consultant.

In summary, erotomanic delusional disorder is not a common condition. It is a smaller subset of stalkers but usually comes to the attention of the police in the context of stalking. It affects more woman than men; however, the male erotomanic is potentially more violent. The duration and persistence of the pathological pursuit—even if it is not violent —can cause long-term psychological damage to the victim, including post-traumatic stress disorder.3 Regardless of the cause of the stalking, an excellent book to help (and one you can recommend to the victim) is by Dr. Michelle Pathé called Surviving Stalking.

Lastly, as with other stalking cases, a threat assessment with risk management recommendations should be sought by the investigator in incidents involving erotomanic delusional disorder.