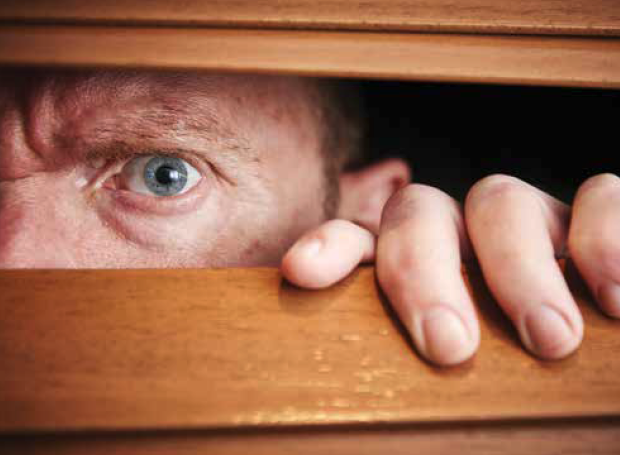 In part one of this two-part article we defined paraphilia as a sexual deviance. There are three basic categories of paraphilic behaviour:

Although there are many forms of sexual deviance, as described in the scientific literature, the DSM 5 (Diagnostic and Statistical Manual of Mental Disorders, fifth edition) concentrates on eight specific paraphilic disorders: voyeurism, exhibitionism, frotteurism, sexual masochism, sexual sadism, paedophilia, fetishistic activities, and transvestism.1 Paedophilia was discussed in last month’s column, as it is the most common paraphilia assessed in a clinical setting, but both exhibitionism and voyeurism are the most commonly occurring sexual deviances in society.

Exhibitionistic disorder is a condition marked by the urge, fantasy or act of exposing one’s genitals to non-consenting people, particularly strangers. Those strangers are usually female or children of either gender if the offender is paedophilic. According to Clark et al (2016), studies examining the frequency of exhibitionism using victim self-report have estimated lifetime victimization rates ranging from 33 per cent to 52 per cent for women.2

A good proportion of exhibitionists expose because of their fantasy that the victim will be impressed with their genitalia and will want to have sexual contact with them. I remember asking an exhibitionist who, by his own estimate, had exposed to hundreds of adult women over the course of his offending career, if he ever had had sexual contact of any sort with any of the victims. His answer was “no but maybe next time.”

Exhibitionism is not just a “nuisance offence.” A high percentage of exhibitionists can have four or five or more cross-associated sexual deviances that can include hands-on offences. Becker et al (2003) found that among sex offenders who were candidates for Sexually Violent Predator (SVP) commitment in Arizona, 14 per cent had a diagnosis of exhibitionism.3

Another high frequency paraphilia, with a low arrest rate, is voyeurism. Voyeurism is a disorder characterized by recurrent sexual urges, fantasies, or behaviours involving the observation of an unsuspecting person who is naked, disrobing or engaging in sexual activity. Often these people are arrested for trespassing or prowl by night but their actual purpose is to engage in voyeuristic activities.

Sexual deviants will also keep up with technology this is addressed in the Criminal Code of Canada, section 162.1:

Every one commits an offence who, surreptitiously, observes — including by mechanical or electronic means — or makes a visual recording of a person who is in circumstances that give rise to a reasonable expectation of privacy, if…4

A tasking I was assigned to during Project Green Ribbon was to analyze the six hours of video tapes recorded by Paul Bernardo. Bernardo had (has) multiple paraphilias – his core sexual deviance was sexual sadism but he was also a voyeur, engaged in urophilia and was possibly a hebephile.

Interestingly, between committing more violent offences (including sexual homicide), Bernardo would return to his ‘entry level’ paraphilia – voyeurism. There were many examples of him recording women in various stages of undress as he prowled adjoining neighbourhoods in the middle of the night. In the early 1990s, video cameras were large and at times Bernardo was close enough that the lens touched the window panes of his victims.

Why do offenders record their sexual offences? The sounds and/or images serve as fantasy material to be read, heard or viewed later for masturbatory purposes.

A take home point is that we can’t consider exhibitionism or voyeurism to just be nuisance offences. Obviously not all will become serial killers but most will have associated sexual deviances, some that may involve hands-on offending. Voyeurism and exhibitionism are not ViCLAS (Violent Crime Linkage System) criteria offences, however, Staff Sgt. Josée Sabourin, manager of the OPP ViCLAS Unit, encourages investigators to submit these types of offences because exhibitionism and voyeurism are often present in the offending pattern of predatory offenders. Offences involving criminal harassment, stalking, obscene phone calls/communication and Break & Enter with a sexual component should also be submitted to ViCLAS.