Features Deep Blue Opinion
A hotbed of original thought: making the time to be distracted and/or relaxed

I was having a shower this morning and suddenly the solution to a problem I had been wrestling with for a few days came to me. It was an “ah-ha” moment. 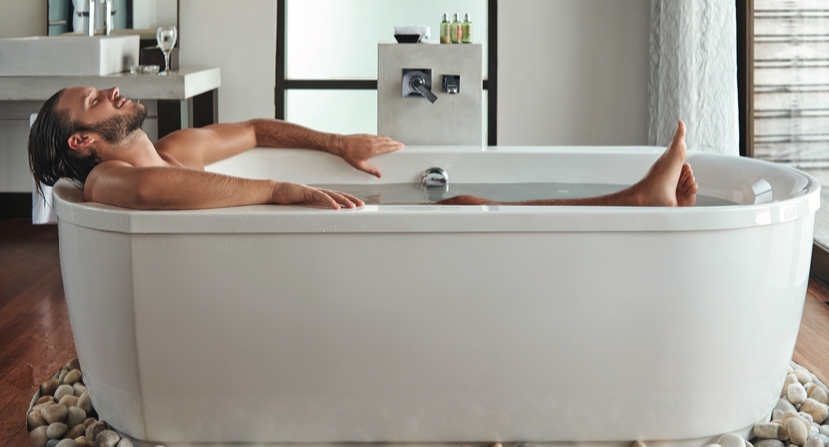 I have often said if I ever stopped showering, I would never again have another original thought. (I suspect I would also never again have any friends.) Why it is that I do my best thinking in the shower? I decided to actually see if this is a “thing” or if it is just me.

Turns out it is a thing. One article I found suggested that 72 per cent of people say they have their best creative/original thoughts and ideas in the shower. Huh. (They might have made that statistic up, however; I tired doing a search in the peer reviewed professional journals around problem-solving/creativity/showering and I have to say there is not much literature in this area.)

So why is it that showering seems to route to pure genius? Some say we have our best (meaning most original or creative) thoughts when there is a lot of dopamine kicking around. Dopamine is a neurotransmitter, a chemical that connects your brain cells to each other. Frankly, dopamine seems to do a gazillion things so it is not surprising that it is also involved in good thinking. Activities that stimulate production of dopamine may indeed contribute to creative thought. This means exercise, listening to music and, yes, warm showers lead to good thoughts.
We also tend to have more creative thoughts when we are relaxed. That’s why the problem you slave over at work when you are not relaxed seems unsolvable, but an obvious solution comes to you in the shower.

Strangely enough, distraction is also a good thing. You can focus up a storm and labour (unsuccessfully) to find an answer, only to have it come to you when you are doing something else. Many creative writers and artists admit to being highly distractible people in general.

(I also found one article that said we have our best thoughts in the shower because a shower reminded us of an incubator, but frankly I think that is malarkey.)

Taken all together, it seems we have our best thoughts when we are not trying to have profound thoughts. (I wonder if that means the slackers amongst us have the best thoughts? If this is true, it is a management nightmare!)

So what does all this have to do with policing? I do like to point out now and then that even if you are a police person, you are a person. The stuff that holds for other people also holds for you.

I know for a fact that police are at times faced with novel and difficult (and sometimes seemingly unsolvable) problems alike, as well as with the need to develop ways to address new and difficult problems. But police persons also are often very goal directed, driven, focussed, action oriented, sociable and team oriented. That means you might not have a whole lot of downtime, alone time, relaxed time or time to be distracted.

Does this mean police are doomed to be rigid, in-the-box, uncreative problem solvers? Nah… I know lots of creative police people. But it might mean organizations have to be mindful that there does need to be time to be creative built into the day somehow… obviously easier said than done.

You might think that on the surface, there is not a great deal of need for your average first responder to be creative. They just need to do their jobs. However, according to my sources, we do not yet have definitive solutions to a number of different public safety issues. In my opinion, a great many subjects relevant to policing would benefit from some original thought.


Related
Fear mongering and behaviour change (or lack of)
What to do about unfounded ideas and beliefs
Against the grain: Why are you only hearing what you want to?
Revisiting goals: it’s time to say adieu