One of the things police and psychologists have in common is we are both often trying to get people to stop doing things that they shouldn’t be doing; we try to get people to change their behaviour. 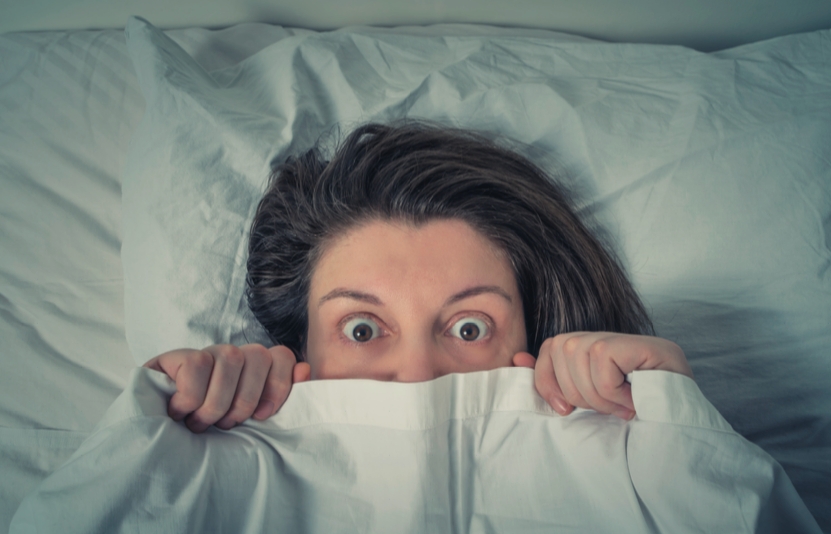 We are of course not the only ones trying to do this — the courts, public health authorities, the school system, politicians and parents are also in the behaviour change business. Sometimes we are good at it and sometimes… not so much. Behaviour change is a pretty complicated business. Results can depend on the nature of the behaviour in question, the effect it has on us and others, the options that a person has or is capable of, how it is (or is not) reinforced, the meaning or value the behaviour has to us, our moral and ethical frameworks, and so forth.

One strategy that has been used to try to change behaviour at a societal level (as opposed to the individual level) is the “let’s scare the bejesus out of them” model. Examples include putting icky pictures on cigarette packages, the “scared straight” attempts to get young people to rethink a life of crime, messages from dentists that your teeth will fall out if you don’t floss, etc.

Interestingly, there is a great deal of controversy and disagreement about whether this method actually works. Some say a little fear is good but a lot of it just makes people ignore the whole thing. Others say it might change intentions or attitudes but not behaviours. We hear it works for behaviours that are just a one-off (like getting a vaccine) but not for ongoing ones (like exercising), or that it makes things worse, or depends on how you phrase things and whether or not you raise the spectre of “you will die if you don’t do this.”

I recently read an article by Dr. Melanie Tannenbaum from the University of Illinois and several other colleagues1, which examined whether instilling fear did indeed lead to changes in attitude, intention or behaviour.

Somewhat to my surprise, Tannenbaum’s conclusion was: generally fear does work for making people change but, as is always the case, it is more complicated than that. Specifically:

•    It is true that fear works better for encouraging one-time behaviours rather than ongoing behaviours; however, fear was effective in both instances — just more effective for the one-time behaviours.
•    High levels of fear do not seem to put people off.
•    In addition to creating a high level of fear, you have to include some kind of self-efficacy statement. In other words, people have to believe that they actually can do whatever it is you are trying to get them to do.
•    You don’t need to tell people they are going to die; it really does not have any more effect that other fear-inducing statements.
•    People have to be told that the outcome they are trying to avoid is serious and that they personally are susceptible to what it is.
•    Fear works better on women.
•    While it was thought fear would have a greater effect on people from collectivistic cultures and societies, as opposed to highly individualistic ones, this was not true.

When you look at these conclusions, there are three parts to the equation: the message itself and how you phrase it; the behaviour you want to change; and the audience.

When I think of all the various public health campaigns I have seen, I can see these three elements in many of them. I was thinking about the TV ads for the shingles vaccine. They tell me I personally might get whatever horrible disease it is and they give some statistics about that. They target a specific audience (older people). They also tell me it is easy to get the vaccine (so I believe I can do it).

I’d be interested to know how well these ads work, as they seem to have all the desirable components. I know I got the shingles vaccine!

After reading Tannenbaum’s work, I was left wondering about the old “scared straight” programs, where they hauled at-risk youth into prisons and tried to shock them into cleaning up their on-the-way-to-a-life-of-crime behaviours. I re-read the research on these programs and it seems pretty clear that not only are they not effective, but there is also a high risk of them making things worse. I have to say that on the surface, that seems to contradict everything in the Tannenbaum article. If I had to guess, I would hypothesize maybe they’re not working because:

•    The target audience is primarily male.
•    The clientele don’t really believe they are at risk (the research suggests that part of the problem is the long delay between the bad behaviour and the consequences — but that also applies to things like stopping smoking).
•    The clientele either do not have the skill set to stop their bad behaviour or don’t believe they are able to stop — in other words, the self-efficacy piece is missing.
•    There is something fundamentally different about this kind of behaviour and the type of fear induced in these programs, as opposed to more health related stuff.
•    The nature of the people involved; those with antisocial tendencies might just not respond to fear the same way.
•    It is possibly something else altogether.

It seems to me I often leave these columns with the same conclusion: more research is needed, sometimes things are not as you’d guess, people are all different. Meanwhile, if we are trying to get people to look where they are going while walking and texting, or not drive while high on soon-to-be-legal drugs, or put better barriers on their patio doors, fear just might work.

On the other hand, I guess what worries me is: while we might end up with fewer home break-ins through patio doors, we might also end up with a generally more fearful community. It appears to be a bit of a balancing act.

Related
What to do about unfounded ideas and beliefs
A hotbed of original thought: making the time to be distracted and/or relaxed
Against the grain: Why are you only hearing what you want to?
How attitude influences behaviour