A new award has been born at Blue Line, which will be making its debut at Blue Line Expo 2018. 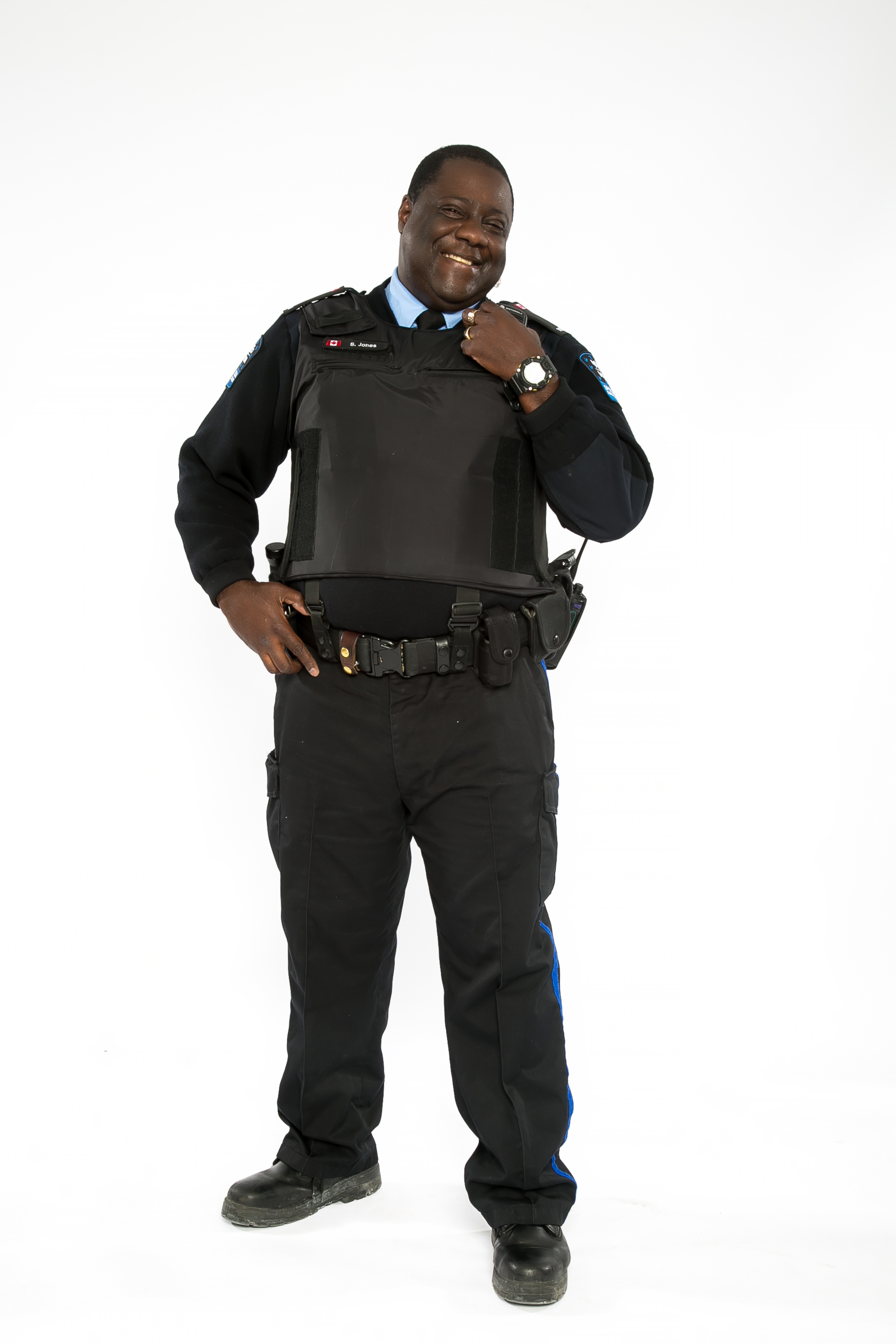 The inaugural Lifetime Law Enforcement Achievement Award seeks to recognize a leader in law enforcement who has made a difference in their communities through exceptional dedication and compassion. Like the Police Leadership Award, it is open to all law enforcement officers who are below the rank of senior official, but it specifically targets those working for organizations that are not police agencies (such as Canada Border Services Agency, Correctional Service of Canada, etc.) and who have over 15 years of experience.

The winner for 2018, Special Const. Selwyn Jones, has been involved in transit law enforcement since 1990, working as a special constable with Go Transit in Toronto and later with York Region Transit (YRT), where he is currently employed.

“Selwyn is a quiet leader who leads through example,” says Jason Shulist, shift supervisor, Transit Enforcement and Security for YRT. “His presence and awareness have a profound influence on co-workers and members of the public — cool, calm and collected.”

Jones has been a training officer for YRT’s new recruits since 2006 and coached Shulist, too.

“I learned from Selwyn the importance of situational awareness, deportment and communication — apart from an arm’s length list of other skills,” Shulist says.

“I like to pass on knowledge,” Jones says. “What’s the good in having knowledge and keeping it all to yourself?”

He goes on to say he was humbled when a fellow YRT officer recently mentioned how Jones gave him some advice about patrol, which he follows to this day.

“I always say to members, ‘Leave your window rolled down a crack.’ Our job is to look out for the community and be engaged… With the window down a bit, you can hear things you might otherwise miss.”

He began his career in the security industry, serving in loss prevention for major retail companies. That was a stepping stone into private investigative work. He also worked for the provincial government alongside the Ontario Provincial Police, among other roles, before testing out the transit special constable title. Shulist notes his ability to conduct and manage investigations has been an asset for YRT.

Team building has been a long-time focus for Jones, who says he enjoys bringing people together and learning from various perspectives. Jones is well known for hosting events and entertaining team outings that help foster comradery and relationship building. He appreciates the importance of a healthy team dynamic and is active on this front, Shulist adds.

“Selwyn is the proverbial ‘canary in a coal mine’ with respect to work culture,” he says. “He can be counted on not only to identify potential issues but also rectify them or provide suggestions on a resolve.”

An energetic CUPE union member, a representative on the local Joint Health and Safety Committee and the face of YRT at ABLE functions (Association of Black Law Enforcers), Jones has had a major influence with staff who are visible minorities.

“These officers face challenges at times over and above the typical job stressors for law enforcement officers, based on their visible minority,” Shulist says. “Selwyn can be credited with providing support and guidance to these staff members — a large majority who have transitioned upward in their career trajectories.”

The nature of a transit special constable is unique, according to Shulist, as the officer must be a balance of customer service ambassador and officer enforcing laws/legislation where appropriate.

“Selwyn, I am confident in saying, is a shining example of striking that perfect balance.”