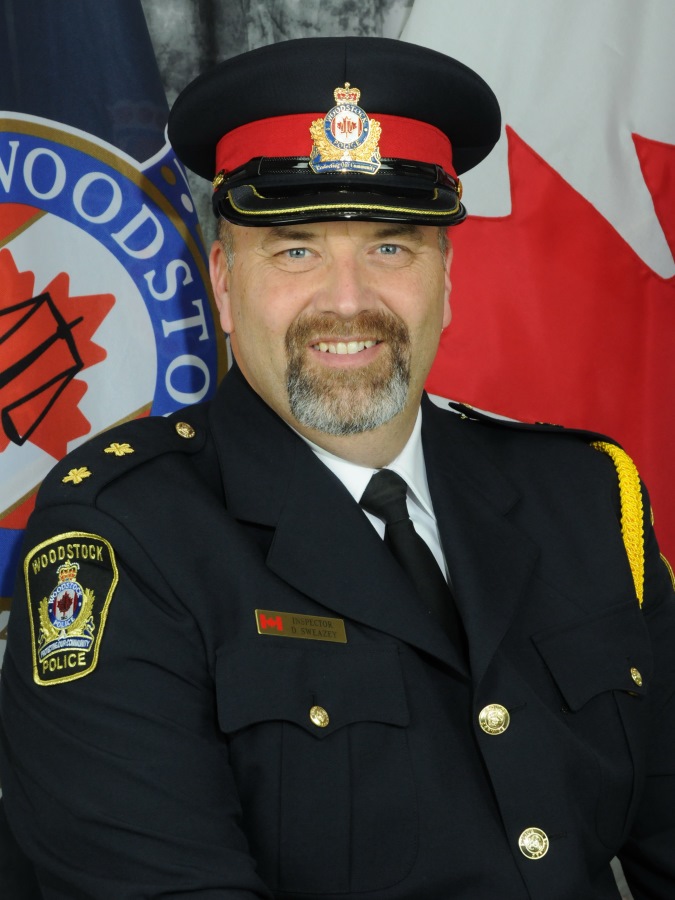 Sweazey will officially finish his 30-year career with the Woodstock service on July 31. Sweazey was the acting chief following Bill Renton’s retirement last year until Daryl Longworth assumed the role in September, after finishing with the London police.