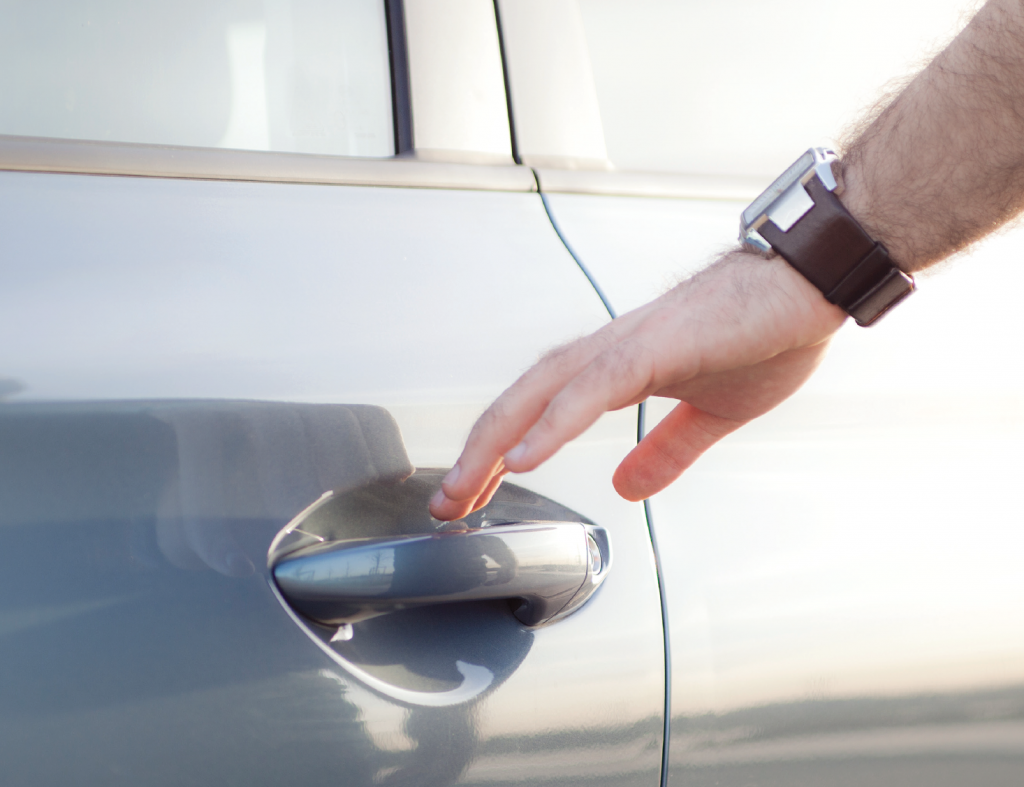 Swabbing the door handles of a vehicle in a public parking lot and analyzing those swabs using special equipment requires a warrant, Ontario’s top court has ruled. In R. v. Wawrykiewycz, 2020 ONCA 269, the police were investigating the accused for drug trafficking. On two occasions, the police swabbed the exterior driver’s side door handle of the accused’s car when he parked it in a public place. The swabs were analyzed using an ion scanner and tested positive for cocaine.

In conjunction with other information, the police used the cocaine positive ion scan results in an information to obtain (ITO) three warrants: to search his residence, a storage unit and his car. When police executed the warrants they found cocaine, methamphetamine, cutting agents, a cocaine press, ammunition and other drug paraphernalia in the storage unit. In Wawrykiewycz’s bedroom, police located $100,000 in cash while they recovered cocaine and a cutting agent from his car.

In the Ontario Superior Court of Justice, Wawrykiewycz argued, among other things, the ion swab results ought to have been excised from the ITO because the taking of the swabs was a warrantless search that breached s. 8 of the Charter. In his view, the warrants should not have been issued and therefore any evidence obtained as a result was inadmissible under s. 24(2).

The judge, however, dismissed Wawrykiewycz’s application for exclusion. Although she found the swabbing was a search, the police were authorized to do it under the ancillary powers doctrine. She analogized warrantless ion swabbing to the warrantless use of a police drug-sniffing dog. Reasonable, suspicion-based swabbing was an acceptable standard because it was minimally intrusive, narrowly targeted and contraband-specific. Further, swabbing provided no information about the interior of a vehicle and there was no potential for embarrassment or delay to an accused.

Moreover, investigating cocaine trafficking was an important police purpose and covert swabbing allowed police to test for the presence of illegal drugs without risking disclosure of the investigation. The swabbing did not need to be excised from the ITO. The search warrants were valid and, even if they were not, the evidence was admissible under s. 24(2). Wawrykiewycz was convicted of drug related offences and sentenced to six years in prison.

Wawrykiewycz challenged his convictions before Ontario’s highest court, arguing, in part, the swabbing of his car and ion analysis was an unreasonable search and seizure under s. 8 and the information gleaned from such a technique should have been excised from the ITO. In his view, the trial judge mistakenly focused on the purpose of the swabs and ignored the possibility his DNA could have been collected. Due to the potential collection of biological information, the reasonable suspicion standard was not sufficient. Furthermore, Wawrykiewycz suggested police lacked reasonable suspicion he was involved in drug offences at the time the swabs were taken.

The Court of Appeal concluded that swabbing the door handles and analyzing them with the ion scanner required prior judicial authorization. Reasonable suspicion was not legally sufficient.

“…taking samples of residue left by a suspect’s hands on the handles of a vehicle, and subjecting those samples to chemical analysis, is an intrusion for which a warrant should be required.”

Wawrykiewycz had a reasonable expectation of privacy in the vehicle he was driving, even though it was owned by his father. It was reasonable for him to expect that others, including the police, could observe it without a warrant, such as seeing physical damage to the car or evidence on its exterior like blood spatter. Nor would all physical contact by the police with the car necessarily intrude on a reasonable expectation of privacy, such as an officer placing a hand on the hood of a car to determine whether it is warm and recently driven.

“This evanescent contact is not far beyond the casual contact patrons of a parking lot might incidentally have with other vehicles,” said Justice Pardu for the unanimous Court of Appeal. “[But] taking samples of residue left by a suspect’s hands on the handles of a vehicle, and subjecting those samples to chemical analysis, is an intrusion for which a warrant should be required.”

Swabbing could reveal whether Wawrykiewycz had handled cocaine, an intimate detail of his lifestyle and personal choices. Plus, swabbing could also provide DNA samples, even if that is not why they were initially collected, or what they were used for.

“Given the privacy interests in the material transmitted from the [accused’s] hands to the door handles, and given the degree of intrusion, sampling, and analysis, this is not a search for which reasonable suspicion could substitute for prior judicial authorization,” Pardu continued.

Since the search was warrantless, it was presumptively unreasonable and the Crown failed to rebut the presumption. The bodily residue had not been left on abandoned personal property, on public property, or on someone else’s property. Nor was there any suggestion that exigent circumstances existed to justify the warrantless search.

Nevertheless, even if the warrantless door handle swabbing was excised from the ITO, there remained a sufficient basis upon which the search warrants could have been issued. The evidence obtained from the searches of Wawrykiewycz’s home, the storage unit and his car was admissible under s. 24(2).