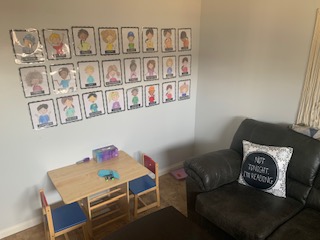 Sexual assault is one of the most underreported crimes in Canada. According to the 2014 General Social Survey results, sexual assault accounted for 10 per cent of all violent self-reported incidents, however, the majority (83 per cent) of sexual assault cases were not reported to police.

A 2017 study by Justice Canada examined the reasons sexual assault victims did not report to the police. Reasons provided by the victims in the study included the belief that they would not be believed if they reported, they felt ashamed or embarrassed, they did not know they could report the abuse and they had no family support.

To eliminate the barriers to reporting sexual assaults and to enhance the cooperation of the victims with police, appropriate investigation approaches and interview techniques need to be used. In sexual assault cases, the account of the victim is usually the primary—and in some cases, the only—source of evidence. Therefore, the interviewer has the crucial role in responding to allegations of sexual violence as the victim’s first point of contact within the criminal justice system.

In December 2019, the Canadian Association of Chiefs of Police (CACP) launched the Canadian Framework for Collaborative Police Response on Sexual Violence, which aims to provide Canadian police departments with guidelines on evidence-based, trauma-informed and victim-centered investigations. The purpose of this framework is to ensure that the police response to allegations of sexual violence is coordinated, effective and victim-centred. One important requirement of this trauma-informed approach is facilitating the interview process for the victim so that they can trust the police and eliminate any prior negative experiences the victim may have had with the police and/or barriers caused by the sensitive nature of their victimization. Positive treatment from the interviewer will affect the victim’s decision to continue and cooperate throughout the investigation process.

The framework suggests the investigation units provide the victims with the opportunity to be interviewed by members of the gender of their choice whenever possible. Indeed, research on victim preferences in investigative interviews provide evidence supporting this recommendation. In a recent study conducted in the Alert Lab (a forensic psychology lab at Ontario Tech University led by Dr. Joseph Eastwood), we examined whether mock sexual assault victims’ preferences for various police interviewer characteristics would affect their hypothetical reporting behaviour. Based on the responses of 164 participants, we found that participants would be more willing to report their experiences to police if they are given the chance to be interviewed by their preferred interviewer. Participants also indicated that if they were provided with their preferred interviewer, they would feel more comfortable and provide more detail about the event. Female participants had a stronger tendency than males to prefer to be interviewed by an officer similar to themselves in terms of age and gender.

Another suggestion of the framework to Canadian police departments was finding a suitable and private place that provides safety for the victim and minimizes re-traumatizing factors that might stem from interacting with several police officers. One of the initial responses to this call was implemented in Saskatchewan this year.

In January, Saskatchewan RCMP announced that they launched a new project in partnership with the Battleford and Area Sexual Assault Centre (BASAC) to create a barrier-free and friendly interview space for sexual assault victims. This new project aims to enhance the capacity of the police to gather extensive information in victim interviews by breaking down barriers and encouraging victims to come forward. The new space is located in the BASAC. The RCMP unit would come to the space for victim interviews—all victim interviews also include the presence of a counselor. There is a welcoming waiting area where children of the victims are supervised by the centre staff and provided with books and toys while their parent is being interviewed.

The outcome of this new interview space project is not yet known. However, trauma-informed approaches like the BASAC’s victim-friendly interview space look promising in terms of eliminating the barriers to access to justice for the sexual assault victims. Based on the findings in the lab study, victim preferences on interviewer selection should also be considered in developing victim-friendly approaches in sexual assault investigations. A closer collaboration between researchers and the stakeholders of the sexual assault investigations will build on these new initiatives and research studies through an evidence-based lens.

Davut Akca is a research officer at the University of Saskatchewan’s Centre for Forensic Behvioural Sciences and Justice Studies. To hear more about his technique, share your expertise or find out how you can get involved, contact him at davut.akca@usask.ca.

Related
Two B.C. constables trapped in Cuba in critical need of justice
Blue Line, The Podcast: The importance of education in policing with Amy Ramsay
Organizing against crime
Police who prey: Sexual predators on patrol