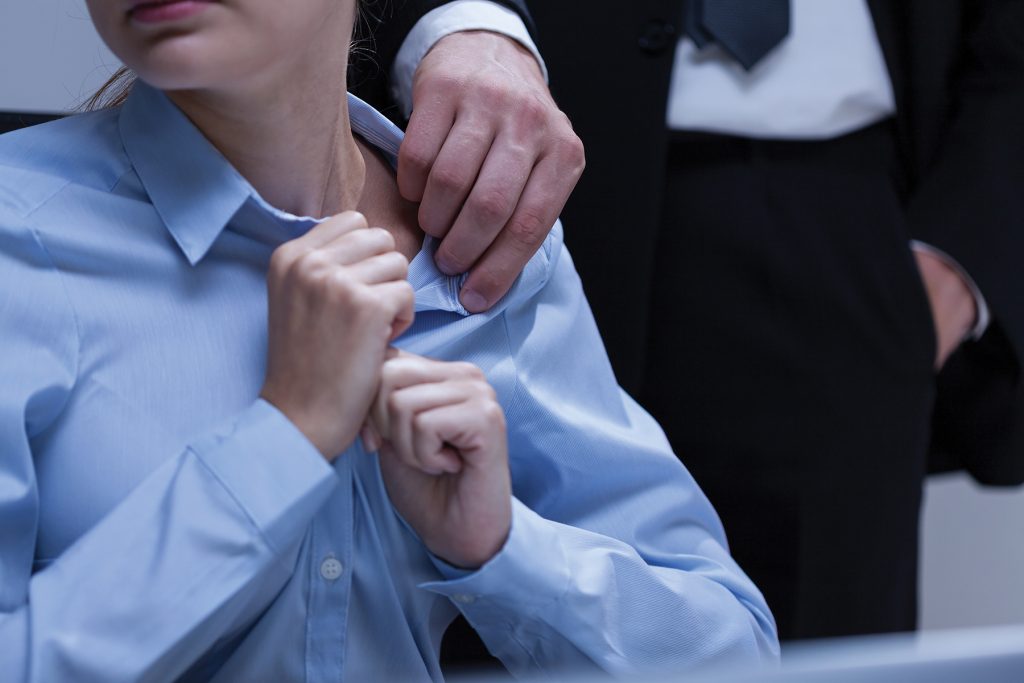 Whether pursuing sex, money, power or just the thrill of inflicting emotional harm, predators use victims to benefit themselves. A “predatory act” has the primary purpose of victimization. The term “sexual predator” is often used to refer to someone who habitually seeks out exploitative sexual situations. The manipulation and control exerted by predatory behaviour is often only identified and understood in retrospect.

Preying in the community

The predator in uniform is someone’s worst nightmare. The scenario can go from trusting the officer—a protector—to fearing someone armed and aggressive. Case in point: the infamous case of Officer Daniel Holtzclaw of Oklahoma, who sexually assaulted 13 women over a six month period during traffic stops. He was sentenced to 263 years in prison.

More often, the predator uses his role as an officer to groom the victim, using charm to seduce the unwary and vulnerable citizen into a compliant state before taking advantage of them sexually. Other scenarios include the predatory officer being the perceived saviour of a victim of sexual assault or domestic violence, who then exploits the victim’s vulnerability. In other cases, the adult consents to a sexual relationship with the officer, but later finds out that they are just another conquest of a predatory officer.

Preying in the department

Regardless of the predator’s hunting territory, the same cat and mouse scenario occurs. It is rarely a blitz attack in this environment, but it is still predatory behaviour to form a relationship for the purpose of sexual conquest. The predator simply uses more complex grooming behaviours to facilitate that end.

The legal definition of sexual harassment states that this occurs when the advances are “unwanted” or “unwelcomed” by the victim. Sexual harassment can be a spontaneous comment or an opportunistic act, whereas predatory behaviour is planned, targeted and instrumental in nature. The predator is also likely to continue the harassment of an individual and begin targeting others within that police force or other environments.

Predatory behaviour exhibits itself in a variety of ways. Though it’s not always sexually driven, it always has the larger element of power and control. Whether the predator is attracted by a victim’s vulnerability or the belief that they have some type of right or ownership of the victim, it is certain that there is a perceived power difference. The damage potential within a police department is immense.

The Supreme Court of Canada also defined sexual harassment to include conduct that creates a hostile or “poisoned” environment. Workplace romance creates tension within the work environment. The rumour mill also illuminates situations many would like to keep private. Finally, if there is an imbalance of power within the relationship, it can lead to ethical dilemmas, a perception of favouritism and a potential of sexual harassment claims.

All police departments should immediately address inappropriate sexual behaviour that may lead to a poisoned environment and potential violence. Not addressing a sexualized atmosphere may open the door for more egregious behaviour. “Ambient harassment” has been used to describe the spill-over effect that the harassment of one person may have on other people in the environment. It erodes psychological and emotional health as well as job satisfaction. Predatory behaviour is particularly dangerous because it takes advantage of people’s trust.

Trust eroded within a company creates a challenge for leadership. Trust eroded within a police department goes further. It destroys teams and presents an officer safety issue. For example, the RCMP Behavioural Sciences Branch was involved with a case last year where a predator made sexual conquests of women in the Telecoms Operations Group and with fellow officers on the same shift. This built animosity, jealousy, mistrust and hatred within the service—so much so that some did not want to back him up on calls. He single-handedly destroyed both morale and trust within the detachment. Further, he was so entrenched in his pursuit of women that he had to be sanctioned for hundreds of texts he sent to various women while on duty. Vigilance and attentiveness to duty can be seriously eroded by those who are more concerned with their desires than the safety of others.

Targeting women in the workplace is common because the predator is close enough to sense the vulnerabilities and has the time to groom their target. The “prey” is not someone who lives in a perpetual state of vulnerability. Instead, victims are typically in temporary places of weakness due to recent circumstances. These cases often involve men and women who are dealing with a loss of relationship, feelings of powerlessness or an existential crisis.

The predator is most often described by that one word: charming. They often groom the innocent by garnering trust, paying them special attention and/or seducing them with false promises. Once he succeeds, he then counts on fear to keep his victim from exposing him.

In his approach to potential sexual targets, the individual often regards himself as irresistible and seeks to affirm this. He is certain that any person whom he finds desirable will be attracted to him. A friendly smile may confirm this, signalling he can proceed in his conquest. He cares little what his “partner” experiences. The idea is to conquer, not to have a relationship. He is obsessed, not only with sex but with “winning”; looking at females as potential achievements. Power, control, ability to dominate and act out sexual fantasy is the game, and there are no rules. He perceives himself as irresistible and aims to reinforce that self-image at each conquest.

The predator in the workplace will typically possess personality traits that are considered psychopathic, as described in Factor 1 of the Psychopathy Checklist Revised (PCL-R). This instrument is the gold standard in diagnosing psychopathic behaviour. The following personality (Factor 1) traits are commonly seen in this individual: superficial charm, grandiosity, pathological lying, conning and manipulation, lack of empathy, lack of remorse and failure to accept responsibility for their own actions.

When the sexual predator is discovered, their only regret is getting caught. They often also regard themselves as victims because of the consequences they face.

Predators commit acts that are planned, goal directed and targeted. The planning is orchestrated and reinforced by sexual fantasy—they are driven by sexual fantasy. Often a predator will have a script in their fantasy that details the future interaction with their target of sexual interest. There is often coercion used to have these fantasies fulfilled or, in the case of a non-compliant victim, violence can ensue.

Psychologists can be very quick to say that the sex addict would have to stray into illegal acts to be considered a sexual predator. Predatory behaviour can be both legal and illegal.

Whether or not a psychologist can determine that a person has an addiction or disorder does not extinguish personal responsibility, nor does it excuse aberrant or deviant behaviour. Sex addiction is not currently a disability that employers need to accommodate, but there are several cases worldwide that have allowed professionals to maintain their roles and professional licences after accusations by using sex addiction as their defence.

Compulsive Sexual Behaviour Disorder (CSBD) is not yet considered a mental disorder in North America, but it will be part of the World Health Organization’s International Classification of Diseases (ICD) in 2022 and there has been a consistent pattern of the APA’s DSM-5 following the ICD-11 in recent years. Rules and regulations will have to be very specific to behaviours and employment policy will have to be prepared for behaviour that may be defended by mental disorder.

Whether we are discussing predatory sexual behaviour within the police department or outside, we must agree that it has no part in the ranks of policing.

“This behaviour falls short of the high standards set in the code of ethics, which each member of the policing profession is expected to uphold. Where predatory behaviour exists, it requires the strongest response from policing, including the removal of individuals from the service,” Chief Constable Julian Williams, National Police Chiefs’ Council lead for professional ethics, told The Guardian in 2018.

Police leaders would surely echo his sentiments. For the last 20 of my 40 years in policing, I have been focused on the five per cent of society that is responsible for this kind of violence. Within policing, I am convinced that this is less than one per cent. It is unfortunate that we have the rotten apple that damages the reputation of the whole barrel, but we must be diligent in screening them out. Once discovered, they must be swiftly eradicated to prevent further contamination and to send a clear message that policing does not tolerate those who use others to satisfy selfish needs.

Disclaimer: The views presented in this article are those of the author, not necessarily the official position of the RCMP or the Canadian Government.

Matthew H. Logan is a former RCMP officer in British Columbia and is now the criminal investigative psychologist for the RCMP in Ottawa. He can be reached at matt.logan@rcmp-grc.gc.ca or at
www.mattloganhalo.com.