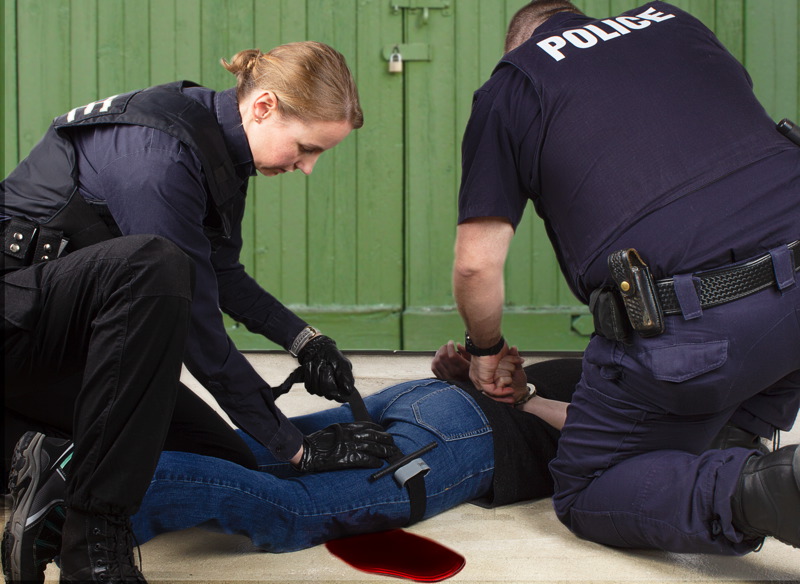 You’ve been shot. You’ve grounded a subject during an arrest and they are bleeding. Your partner has been stabbed. Do you know what to do?

“Our goal with this program is to help police officers save lives in intense situations,” says Shawn McLaren, Chief Learning Officer of St. John Ambulance Canada.

The course teaches officers to control bleeding with tourniquets, apply chest seals and to evacuate casualties using tactical rescue moves. There are over four hours of practical scenarios designed to take officers from initial call, to engaging with a subject, to providing first aid based on their decisions.

“We ran one scenario where the subject approached the officers with a knife. They made their use-of-force decision and then gave first aid for the bullet wounds,” says Dave Rakobowchuk, a Smiths Falls police officer and SJA instructor.

The LEFA course design drew from police officers at the local, provincial, and federal levels, as well as input from CBSA officers, Canadian Forces members, pre-hospital responders, and first aid experts, to develop a course that can be described as accurate and relevant.

The course will be available nationally in September 2019. Want a sneak peek? Email training@nhq.sja.ca.