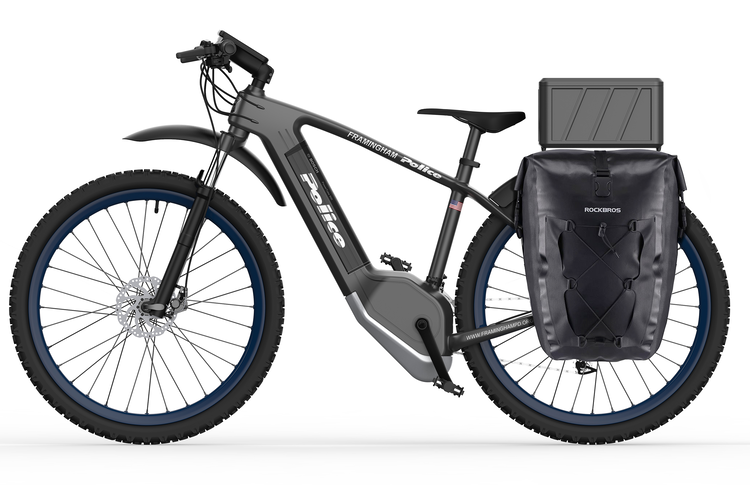 It features a flat-panel touchscreen over the handlebars that displays maps or photos of a fugitive, integrated radios that feed voice communications directly to the officer’s helmet, as well as body sensors that relay vital stats such as pulse and respiration.

Other specifications include an electric Bosch Performance Speed motor, a Bosch PowerTube 650 battery that can last up to 12 hours, an infrared system that locks the bike unless the officer is nearby, and many others.